Can You Write A Digital Will? 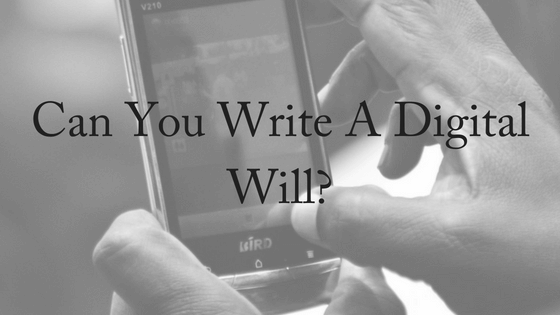 As much of our lives migrate to the digital sphere, can you write a digital will?

A Michigan court of appeals decided this week that, despite a mother’s plea, a message left behind by her 21-year-old son on his cellphone is valid as a will.

Lanora Jones, 49, the mother of Duane Francis Horton Jr., took her case to court in late 2016, almost a year after her son died by suicide, stating the digital letter should not be deemed as his official will and testament.

Before he died, Horton left a hand-written letter that read, “I am truly sorry about this… my final note, my farewell note is on my phone,” according to court records.

On the phone, Horton wrote that he wanted nothing to go to his mother, including a $100,000 trust fund left behind by his late father. The “farewell” letter contained last sentiments, apologies to specific individuals, some religious comments and requests for his funeral arrangements, according to court filings.

Horton then went into the distribution of his property, giving his half-sister, Shella Graves, the full amount of his trust fund.

“If at all possible, make sure that my trust fund goes to my half-sister, Shella, and only her,” Horton’s will stated. “Not my mother.”

Samuel Gilbertson, the mother’s lawyer, said Jones and Horton were estranged and Horton had been living with his grandmother for a period of time before his death.

The Michigan statute says the will has to be signed in the presence of two witnesses. If no witnesses are present, the text must be in the handwriting of the grantor and contain a handwritten signature and handwritten date.

Horton’s digital will met none of those requirements, but the appellate court still deemed it valid on the grounds that there was enough evidence of Horton’s intent for it to be his will.

A similar case occurred in Queensland in 2017. The Supreme Court in Brisbane found a draft, unsent text message viable as the will of a 55-year-old man, who had died of suicide in October 2016. In the message, which was addressed to his brother, the man appointed his brother and nephew to take all that he had, stating that he was unhappy with his wife. 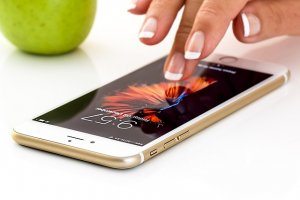 A friend found the text message in the drafts folder of the man’s mobile phone, which was found near his body. The unsent message detailed how to access the man’s bank account details and where he wanted his ashes to be buried.

“You and [nephew] keep all that I have house and superannuation, put my ashes in the back garden … [wife] will take her stuff only she’s ok gone back to her ex AGAIN I’m beaten. A bit of cash behind TV and a bit in the bank Cash card pin … My will”

The man’s wife applied to the Supreme Court to manage her late husband’s assets, arguing the text message was not final because it was never sent.

But in her decision, Justice Susan Brown said the wording of the text, including the use of the words “my will” indicated the man knew what he was doing.

“The reference to his house and superannuation and his specification that the applicant was to take her own things indicates he was aware of the nature and extent of his estate, which was relatively small,” she said. “Since the respondents stand to benefit if the text message is treated as a will, I have treated their evidence with caution and weighed it against all of the evidence.”

Justice Brown also found the man had no relationship with his son and while he and his wife did have happy times, there was evidence they had a “rocky” relationship.

Is a Digital Will a Valid Will?

For the court to grant probate, it must declare that the will is a valid will.

This is a basic summary of how to make a valid will, but it is a complex area of the law. Will disputes can arise when a will is not valid and the court must decide how to administer the estate. A will may be deemed invalid if:

It is best not to rely on a digital will, because the court may rule that it’s invalid. Instead, thoughtfully consider your estate planning in conjunction with legal advice. For your FREE, 10-minute phone consultation, contact us today.