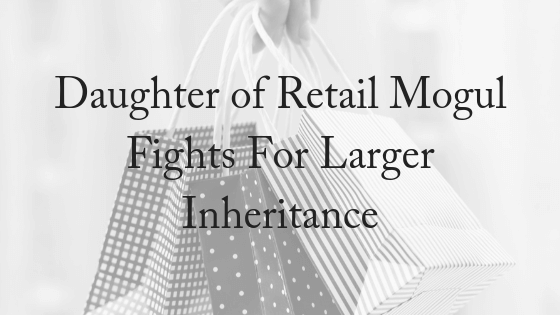 San Francisco socialite Summer Tompkins Walker, the daughter of North Face and Esprit co-founder Douglas Tompkins, has lost another bruising round in her battle to claim a portion of her late father’s inheritance.

The state Second District Court of Appeal in Los Angeles rejected her bid to overturn a probate court decision upholding her father’s right to hand over his entire estate to his second wife, Kristine McDivitt Tompkins, and to the foundations that the couple created to preserve millions of acres of open space in Chile and Argentina.

Douglas Tompkins, an outdoorsman, businessman and philanthropist, died in a kayaking accident in December 2015.

Tompkins Walker is the 51-year-old daughter of Susie Tompkins Buell, who with Douglas Tompkins, co-founded the Esprit clothing line. The couple divorced in 1988.

Tompkins Walker has argued that Chilean laws, which forbid the disinheritance of children, should govern the estate — rather than the laws of California.

But the Californian court disagreed, saying: “We are hard-pressed to imagine a reason that, as a matter of public policy, Chile would be concerned about Summer’s inheritance or lack thereof, as she is neither a citizen or a resident of Chile.”

Summer Tompkins Walker had previously stated that her father’s decision to cut his children out of his will was “definitely an insult.”

“He clearly had no trust of us and no respect,” she said.

How The Estate Battle Unfolded

Doug Tompkins had very strong views about how the fortune he made from founding the clothing and sporting gear companies Esprit and the North Face should be spent after his death: on the creation and preservation of eight national parks in Chile and Argentina, where he spent the last 20 years of his life.

He also was explicit about where he did not want the money to go: to his daughters, Summer and Quincey, and their children. “I don’t think that inheritances are good for the upbringing of children,” he told a Chilean interviewer. “That stunts people’s development, it does not motivate them to grow, to develop themselves.”

Tompkins died in a kayaking accident in Chile in 2015 at the age of 72. Summer has always argued that Chile law should be applied to the administration of her father’s estate – and Chilean law forbids disinheriting a child.

At stake is a share of an estate that could be worth several hundred million dollars. But in the view of the estate’s trustees, including Tompkins’ second wife, Kris, the fight is about principle as well as money. Summer, they say, is out to “deliberately imperil her father’s philanthropy” only to make herself richer. Summer lost the first round of her battle in Los Angeles state court on Sept. 19, when Judge Lesley C. Green threw out her challenge of the will. But on Oct. 20 she filed to appeal the ruling. The same day she filed suit in Chile to nullify Tompkins’ will, setting up a potential international courthouse tangle.

The Tompkins will may be embroiled in the complexities of international probate law, but the source of the legacy is simpler. Tompkins and his first wife, Susie founded the North Face in 1964 as a catalog shop for outdoors aficionados and climbers. They opened their first retail store in San Francisco’s North Beach two years later. 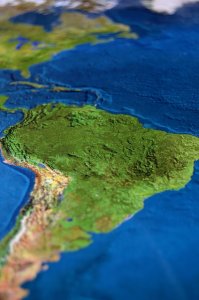 Tompkins sold the North Face in 1968 for $50,000, then he and Susie launched Esprit, an apparel line that appears to have generated the core of the estate. Esprit’s sales exceeded $800 million by 1986, but the Tompkinses soon divorced. Doug married Kristine McDivitt, a protege of Patagonia founder Yvon Chouinard and later Patagonia’s CEO.

In the early 1990s Doug sold off his interests in the North Face and Esprit, Kris retired from Patagonia, and the couple essentially went off the grid. From 1992 on they would devote themselves to conservation in South America. Tompkins acquired some 2 million acres of wilderness in Patagonia and neighboring regions and placed them in the hands of conservation trusts he helped establish. These activities made Tompkins a hero to conservationists and the Chilean government, which “posthumously awarded him honorary citizenship,” according to court papers filed by Summer.

That award may not have been such a wise move, as it reinforced Summer’s claim that Tompkins’ official domicile was Chile. Documents acquired by Summer’s team through discovery in the U.S. court outlined Tompkins’ disaffection with his native land. He described himself as “not much of a patriot,” and inquired about the process of abandoning his U.S. citizenship (the higher tax rates he’d have to pay as a citizen of Chile or Argentina may have stayed his hand). He stated after he left the U.S. that he had no intention of returning. He even sought — and won — a tax rebate from California on income he had earned while out of the country.

Tompkins’ relationship with Summer was complicated. They had disagreements about their fundamental beliefs, including that Summer obtained permits to divert water from the Russian River to create a personal pond on her Bay Area ranch.

in December 2015, Tompkins was kayaking on a lake on the Chilean-Argentine border with friends when gale force winds overturned his craft. His time in the icy water before rescuers from the Chilean navy arrived subjected him to severe hypothermia, and he died at a local hospital. None of his companions was seriously injured.

Tompkins’ will left his fortune to Kris, who was entrusted with fulfilling their joint desire to use 100% of the money for charity, namely the creation of a chain of wilderness preserves in Chile and Argentina. About $200 million was spent on that program during Tompkins’ lifetime, and an estimated $100 million remains. The estate was tied up in a complicated trust designed, Summer claims, to thwart Chilean law.

In June 2016, Summer filed her petition challenging the will in Los Angeles state court. It’s possible she hoped to obtain a judgment in the U.S. before seeking redress in Chile for political reasons: The Chilean government has an interest in seeing Tompkins’ parks project through, so the courts there might be reluctant to issue a ruling that would throw the project into doubt.

But there seems to be little question that if Chilean law governed, Summer would be entitled to 12.5% of her father’s estate (one half of the 25% due the offspring of a decedent) under its “forced heirship” principle. Indeed, under some circumstances Chilean law would even allow her to claw back a portion of the charitable donations Doug made during his lifetime.

Judge Green dismissed Summer’s petition on summary judgment, finding that the trust Tompkins established as part of the estate properly designated California law as the governing rule. California law doesn’t mandate bequests to children, Green observed, adding that the issues of where Tompkins lived and what he thought about the United States were irrelevant.

The legal battle has created unexpected uncertainties for the charities Tompkins set up to fund conservation programs in South America. Although nothing prevents them from spending the bequest while Summer’s lawsuits wind through the U.S. and Chilean court systems, the possibility that she could win the right from Chilean judges to claw back their gifts—along with her father’s—places all their philanthropy under a cloud.

Can You Cut Your Kids Out Of Your Will In Australia?

To speak to a specialist in wills and estates, please contact us today. We offer a FREE, 10-minute phone consultation.