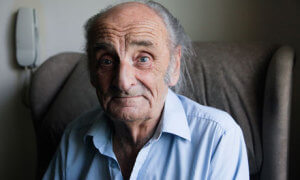 At the recent National Elder Abuse Conference held in Perth, Acting Assistant Commissioner Lawrence Panaia said that the criminal justice system was not set up to deal with elder abuse and that it is unlikely to prevent it from happening. Of the 400 elder abuse cases reported in Western Australia, almost 70% were perpetrated by family members.

Elder abuse is massively under-reported, with estimates as high as 12500 cases in Western Australia each year. Often prosecutions are dropped due to credibility problems with the victims, who may be suffering from dementia or poor health. However, victims are also reluctant to report cases of abuse due to shame or fear. Without their family members, even those who are abusive, elderly people may have nowhere else to turn and are vulnerable due to age, poor health and diminished capacity. The conference heard that even victims who knew their rights were reluctant to put their families through litigation and were fearful of the costs and stress of a court action.

Older people in Australian who feel they are being coerced or exploited can now call a hotline set up specifically for elder abuse cases. The hotline is also available to family members who suspect abuse, and professionals such as doctors or aged care workers who can report their suspicions.

Estate Battles specialises in assisting elder Australians who have suffered from financial abuse in particular.