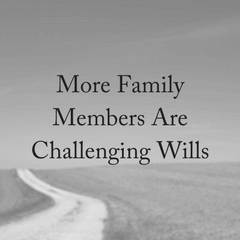 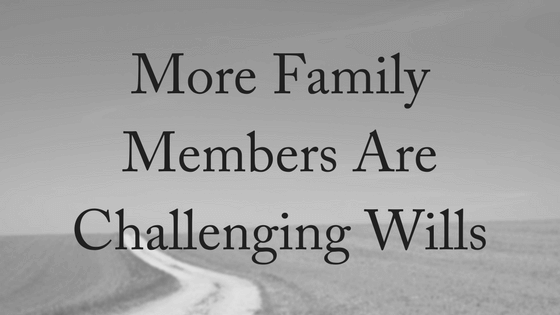 New figures have shown that more family members are contesting wills than ever before.

Although most wills go to plan, the incidence of estate litigation continues to rise. A will can be challenged under certain circumstances, which are slightly different depending on your jurisdiction. Increasingly, family members are involved in inheritance disputes, contesting the amount that has or hasn’t been left to them. Cutting children out of a will or not providing for your family sufficiently can leave your will open to being challenged.

Contesting Wills in the UK

The latest UK High Court figures show that the number of court battles over wills rose by 38% in the year to 2010, and doubled over the previous four years.

Andrew Kidd, a probate solicitor in the UK, said: “More people are hoping to receive an inheritance and there can be a great deal of trouble if their hopes are disappointed. People are more litigious in general and more willing to assert their rights. . . Disputes over wills are undoubtedly soaring. The recession is partly to blame, with more relying on inheritance to ease their own financial problems. More complicated family structures also cause problems. People are no longer afraid to get stuck in and give it a go.”

It is families, whether rich or not, who are more likely to challenge a will. Nine years after his death, the family of Peter Ustinov are still in dispute over his will.  It is thought that his estate which is worth millions, could be almost exhausted by the dispute.

Many people drawing up wills today would be shocked to discover that, no matter how beautifully it is crafted, the law will allow a cart and horse to be driven through it. I’m afraid you see the worst of human nature when inheritances are involved, and people are more willing than ever to go to drastic lengths to get what they think they deserve. Often animosities have been bubbling under the surface for years, and challenging a will can be a form of retribution for some. Given the costs of fighting a challenge, the executors and other beneficiaries may feel they have little choice but to concede.

UK Courts are waiting for an explosion of families contesting wills.  Legal experts are warning that the “Ilott effect” will be a catalyst for claims. Heather Ilott was cut out of her mother’s will.  After a decade-long legal fight with three animal welfare charities over her mother’s decision to cut her out of any inheritance, Heather Ilott has finally been awarded £164,000 by senior judges.

The ruling by the court of appeal is further evidence that wills deemed to be unreasonable can be overturned or varied by the courts.

Alison Regan, a partner at Russell-Cooke in the UK, said: “The possibility of bringing a claim and having a go will be more visible to people. People are getting generally more litigious and more inclined to take a risk. . .More people will be aware that they can do something about it when they are cut out of their parents’ will.” She said that in 2005 her firm had just one disputed will case, but now employed six full-time staff on the issue.

[Tweet “More family members than ever before are contesting wills.”]

The Public Trustee, the judiciary and lawyers say the number of family members asking for a bigger slice of the family estate is increasing. The claim does not have to end up in court, as it is often settled after mediation, but the cost often consumes either a small or very large portion of the estate.

Justice Atkinson said statistics on the number of people who made successful claims for family provision were not known because the majority of cases settled after mediation. He says, “The wills that tend to be the subject of these claims are the ones where the estate is not left to the children equally or nothing is left to the children at all or, in blended families, something is left to one set of children but not the other set.” 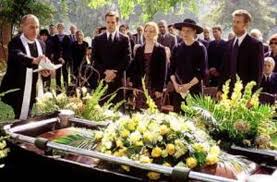 Bryan Mitchell, an Accredited Specialist in Succession Law in Queensland says that an increasingly common scenario for contesting wills occurred in blended families, where the children from a first relationship have been cut out of the will and the assets left to a second spouse. Or where a second spouse has been kicked out of the family home by the children from the first relationship. Bryan Mitchell says that estate planning for blended families is complex and should be entrusted to a specialist.

Contesting Wills: Can You Prevent a Fight?

If you want to encourage your family to leave your will as it stands, then ensure that they are provided for adequately in your will.  The law creates a moral obligation for you to provide for your immediate family in your will. A specialist in succession law can help you to determine what this might look like in your particular circumstances regarding your estate and family relationships. Cutting any family members out of your will is like a red rag to a bull. It might feel good or appropriate at the time but it’s then likely that your wishes will be challenged.

Even better is to discuss with your family members what your intentions are. Helping them to understand why you have chosen to give what to whom before the emotional time of your death may help them to become more settled rather than rattled by your wishes regarding your estate.

[Tweet “Communication is always the key to avoiding an estate battle.”]

Considering Contesting a Will in Queensland?

In Queensland, if you are a spouse, child or dependent of the testator (the will maker) and you feel that you have not been adequately provided for in the will, then you may be able to contest the will.  There are quite a few factors that the court takes into consideration and there is a time limit on filing a family provision application.  Speaking to an expert in wills and estates is the best course of action if you believe that you may be able to contest a will.

At Estate Battles, you can speak to an expert in wills and contesting wills. We offer a free, 10-minute phone consultation. Please contact us today!