Famous People Who Died Without a Will 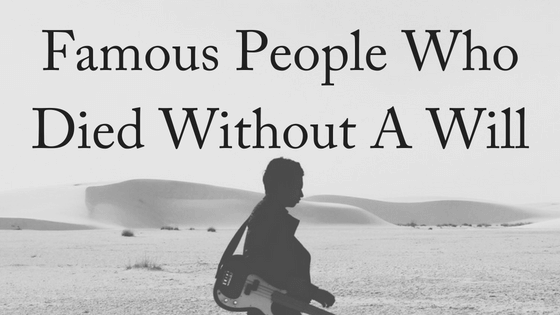 You may think that celebrities, given the size of their fortunes and access to legal advice, would ensure that they had a will dictating what would happen to their estates when they die. Yet a number of celebrities died without a will in place, leaving behind messy estate battles.

Celebrities Who Died Without A Will

Although Jimi Hendrix died in 1970, the battle over his estate raged on for more than 30 years for one simple reason: Hendrix left no will regarding distribution of his estate. To complicate matters, his estate continued to generate money long after his death. The state awarded most of his estate to his father who created a family trust.

By 2002, his father had grown the trust to $80 million. Jimi’s father left the fortune to his adopted daughter. In turn, she created trusts for almost everyone in the family – except Jimi’s own brother Leon. Although he sued, he never got a dime of the estate now worth $175 million.

Like Jimi Hendrix, Bob Marley’s estate continued to generate significant revenue despite the fact that Marley died in 1981. Also like Hendrix, Bob Marley died intestate even though he knew he had cancer and lingered for nearly 8 months. His estate, worth a reported $30 million, had dozens of claimants. His widow, Rita Marley, lost control of his estate after it was discovered that she forged documents regarding the singer’s corporate holdings.

Sonny Bono died an untimely death in a skiing accident in 1998 without a will. His widow Mary Bono asked the court to be appointed the estate’s administrator. Ex-wife Cher showed up on the scene as a claimant in Bono’s estate and a “love child” surfaced soon thereafter making the situation even more difficult.

Swedish author Stieg Larsson who wrote The Girl with the Dragon Tattoo among others, died in 2004. Like many others, Larsson died without a will and Swedish law dictated that Larsson’s estate was to be divided up between his father and his brother. His lifelong partner of 32 years, Eva Gabrielsson, received nothing, although the family did grant her ownership of the couple’s apartment.

Pablo Picasso died in 1973 at the age of 91, leaving behind a fortune in assets that included artwork, five homes, cash, gold and bonds. Because Picasso died intestate and left no will, it took 6 years to settle his estate at a cost of $30 million. His assets were eventually divided up among six heirs. 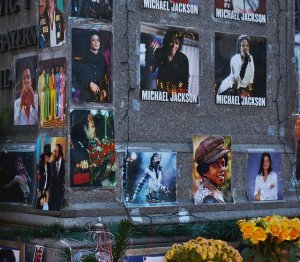 Although a will was later discovered, immediately following Michael Jackson’s death in July 2009, his mother filed court papers claiming that Jackson died intestate. Like Hendrix and Marley, Jackson’s estate continues to generate money. In the year since his death, his estate generated over $242 million.

Attorney John Branca and music executive John McClain were named the executors of Jackson’s estate, but Janet Jackson and the pop star’s other siblings took the case to court, stating that Branca and McClain had no claim to the estate.

“What will be gained by a finding of invalidity is that the executors will be replaced and the estate and the guardianship will be managed in the best interests of the children, which is what Michael wanted,” Janet’s lawyer said in a statement.

Howard Hughes was an eccentric billionaire who died in 1976 at the age of 70. When he died, his will was discovered at the headquarters of the Mormon Church in Salt Lake City. The will, however, was proved to be a forgery in a Nevada court and his estate was divided among his 22 cousins.

Abraham Lincoln, the nation’s 16th president, has the distinction of being the first president to be assassinated (1865) as well as the first president to die intestate—despite being a lawyer himself. Following his unexpected death, the family enlisted Justice David Davis of the United States Supreme Court to take care of his estate. Davis went on to petition the court to declare that the President’s $85,000 estate be divided by his wife and two living children.

9. James Dean. Dean died intestate (without a will) in 1955 at the age of 24. State law awarded most of his meager estate (he had only made three movies) to his father – now most of that is in the hands of his father’s relatives.

His father did use some of that money to create a foundation to maximize the commercial value of his name, likeliness, and image. Ironically, Dean has consistently been one of the top 10 highest earning deceased celebrities until 2012. His income in 2015 alone was $8.5 million despite the fact that he’s been dead for more than sixty years.

10. Kurt Cobain. Kurt Cobain’s entertainment lawyer, Rosemary Carroll, has stated that Kurt Cobain’s will was incomplete as he wanted Courtney Love taken out of it. This ambiguity has led to many legal battles between Love and Cobain’s Nirvana bandmates, Dave Grohl and Krist Novoselic.

Being rich and famous doesn’t protect you against a court battle, and dying without a will certainly increases the chances of your family heading for a court battle. To prevent this, make sure you have your estate planning sorted out – even if you think you’re too young, or if you think you don’t own anything.