Get a Will or Expect a War 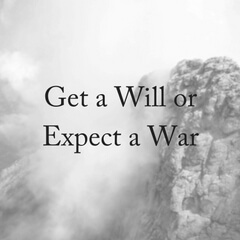 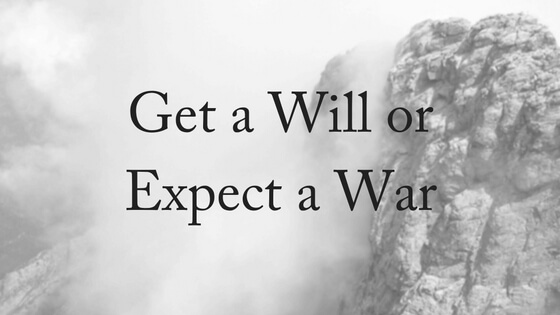 In the messy aftermath of Prince’s death, one thing holds true: get a will or expect a war. The late singer died without a will, and the fight over his fortune has extended to half-siblings, nieces, nephews and potential children, all of whom have been ordered to provide a blood test to prove their DNA.

If you’d like your family to stay intact after your death, then you need to get a will.  This is a good start in curbing any animosity, misunderstanding or an outright war between siblings, surviving spouse and children, aunts, uncles and cousins or the family dog.  Well – the family dog may not fight, but the mood of the family will impact his demeanor as well! (And some people decide to leave their assets to the dog just to spite their families!)

They might fight over a whole range of things when you’re gone.  Grief can affect people in many ways, including making them less tolerant of one another than usual. This is why you need to get a will and it needs to be comprehensive. Having an experienced estate lawyer help you to complete one is a very wise idea.  Otherwise, families can fight over any manner of issues which may not arise if they are settled in the legal document which will help them put to rest their own ideas of what you may have wished for your funeral and for them.

Why You Should Get A Will: Fighting Comes Naturally

Craig Morrison is a funeral director who hasn’t missed much when it comes to families fighting after the death of a loved one. He’s witnessed tensions over where a wake or funeral is held, a eulogy which led to half the mourners leaving, even a suspension of a funeral as siblings argued about whether dad should be cremated or buried.  He says step-children, multiple marriages and money are some of the common trigger points for divisions.

While not having a will is certainly an issue (some 45% of Australians die without a will), The GroundSwell Project says 75 per cent of Australians have not had end of life discussions. This means that many family really have not much idea at all as what their loved one may have wanted in regards to things like a funeral and how the estate is to be divided up.

[Tweet “75 per cent of Australians have not had end of life discussions.”] 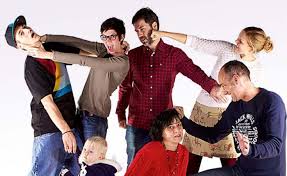 Many fights between relatives are centred around money.  Money doesn’t make the world go ’round, it makes families spin crazily out of control.  This is the experience of any experienced estate lawyer; there is much more likely to be a fight about money when there is a blended family and no will.  It really is asking for trouble. In many, many estate fights, families never get back to together, they implode and the bitterness goes on for generations.

This is certainly the case for a friend of financial planner George Gagliardi.  He said, “I had a friend whose father had remarried years after his first wife had passed away. The father had just retired when he suddenly required hospitalization. A week later, he died. He had no will, and at that time in Massachusetts, the default was that the current spouse got everything. The children were left with nothing—the new widow was nervous about having sufficient assets for the rest of her life, and so would not disclaim any of the inheritance. As a result, the widow and the children didn’t speak to each other for years.”

[Tweet “Money doesn’t make the world go ’round, it makes families spin crazily out of control.”]

It’s not always the case when there is no will for there to be unconstrained strife.  Bill Spencer was 26 when he suffered a fatal brain injury in a skateboard accident on the NSW south coast. 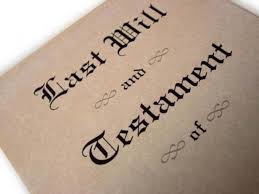 He and his partner, Leigh Nelson, had not planned for death because they were young and didn’t think that death would visit so soon.  Mr Spencer did not have a will and so according to intestacy rules, the majority of his estate went to his parents.  Leigh said, “Fortunately for me I’m very close to my partner’s family,” who agreed for the estate to be given to Leigh, allowing her to remain in the home she and Bill had bought. Leigh now warns her friends of the dangers of not having a will. “I have raised it with a number of my friends, you’ve got to plan for the worst and hope for the best, if everything isn’t sorted right you can end up in heartbreak,” she said.

Estate planning should not be put off.  The most basic element of this is writing a will, and you should always seek legal advice when creating an estate plan.  It’s not just about what you own. While a will allows assets to go to beneficiaries you name, it also addresses naming a guardian if you have minor children, which is extremely important. Estate planning also helps protect against families fighting, or someone potentially contesting the wishes of the deceased. Where clients don’t have proper planning, families have been torn apart. It’s important to remember not just to get a will now, but to update it as your circumstances change. You may have more children or grandchildren when you die, or you may not own then what you own now. There may have been a death or divorce in the family. You should consider what changes like this will have upon your estate planning.

Love Your Family And Get A Will

If you haven’t written your will, then get started with it today.  Think about who you’d like your beneficiaries to be, funeral arrangements, who you’d like to be guardian of your children, power of attorney and executors of your estate.  One by one you can tick these things off so it doesn’t seem too overwhelming.  Our experienced estate lawyers have drafted many wills and can explain to you the various elements essential to having a clear, precise and easily understood will. We offer a free, 10-minute phone consultation. Please contact us today!