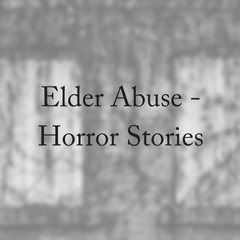 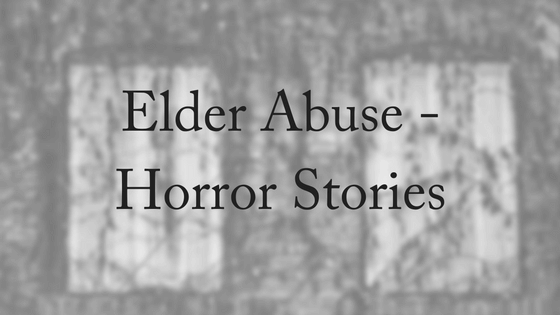 Violence, neglect and cruelty against older, vulnerable people is always ugly, but is preventing elder abuse possible? After hearing story after story you’d think that possibly someone could become a little desensitised to the abuse. But actually hearing and knowing some of these stories helps us to remember the horror that is happening to flesh and blood people with feelings and families, and to take steps necessary in preventing elder abuse from happening in your family.

An elderly woman from Taranaki, a region in the North Island of New Zealand, was found by paramedics lying on a bed that was filthy with her excrement and ready to disintegrate.  One health care professional who was part of looking after her once she was found descibed her abuse as “one of the worst he had come across in his nursing career”. The woman in her 90’s had been neglected to the point that she had mould growing under her breasts, dried mucous around her eyes and with dirty skin and grimy, long fingernails.

Police compared her state to that of someone who had suffered serious physical violence.  The hospital staff who examined her found numerous bed sores and two open, oozing wounds, believed to be 3-4 weeks old – gaping and untreated.

A police search was undertaken of the home she had been found in after discovering her awful state. Faeces were found in top of her mattress which was damp with urine.  The woman’s bedroom was filthy and full of flies, food crumbs and cat litter.

A couple were arrested and charged with the ill treatment of a vulnerable adult for which the maximum penalty for the offence in New Zealand is 10 years’ jail. The denied that they had neglected the woman who is now residing in a rest home.

Preventing elder abuse of this magnitude could be achieved by making sure that those tasked with caring for an older person are fit and able to do so, and checking on the welfare of the older person.

In another case here in Brisbane, 88 year old Cynthia Thoresen did not have a broken femur treated for weeks.  Her daughter only called an ambulance when her mother stopped eating, thinking 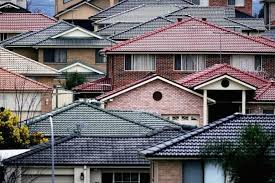 that it might be stomach cancer rather than the extreme pain and complications of having a broken femur.

“Nothing in the past has disturbed me like this job disturbed me,” paramedic Christopher Curtis told police. “I’ve not seen anyone, regardless of their age, that could withstand the level of pain inflicted by a fractured femur for five seconds, let alone three weeks.”

Neighbours were surprised to learn that she even lived in the house because they had never seen Cynthia, although one wonders if they could hear her screams.  The paramedics who attended her said that by the time they arrived there that they were already at a 10 out of 10. Her skin was covered in faeces and bed sores.  She was dehydrated, malnourished and unable to speak. Her daughter, who was being paid by Centerlink to be her carer, had clearly not been fulfilling her duties.

We do expect that those who are being employed in positions to care for our vulnerable elderly undertake their duties with compassion and care.  This was not the case in a New South Wales nursing home that had a reputation as being one of the State’s top homes.  Nurses at William Cape Gardens were sacked after the management of the home were made aware of appalling ‘games’ and atrocious treatment of patients.

They were accused of withholding food from an elderly man saying: “He was going to die anyway and this way it would make it quicker.” There were also several nurses who it’s claimed told an elderly woman with dementia that her husband was having an affair with her best friend while she was in care. A whistleblower said that residents’ genitals were being photographed for the “Genital Friday Club” where at least one nurse took the photographs for colleagues to guess who they belonged to.

Preventing elder abuse of this type may be as simple as remaining in close contact with your loved ones and following up on anything that doesn’t feel right to you. 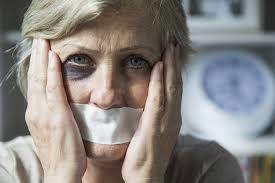 Susan Ryan only recently finished her five year tenure as Australia’s Age and Disability Discrimination Commissioner. When speaking at an elder abuse forum in Sydney late last year she said that these stories that offend our humanity show the necessity of creating better legal protections. Ryan said:

“Elder abuse is not just a social or economic issue, it’s a human rights issue. It would not appear that existing laws, in Australia, nor I believe in most other countries, effectively protect all older people against this abuse. One of the biggest challenges of Australia’s rapidly changing population is the need to better protect the rights of older Australians, in particular to ensure they are free from all kinds of abuse. This is a massive challenge. . .  Elder abuse can occur in many different forms, depending on context, culture, circumstances and the individuals involved. A national human rights approach would help these particular groups by providing a broad overarching framework that reinforces the universal rights of all persons including those in minority groups. A rights-based approach would empower older people to speak out and seek help. It would reinforce the principles of dignity, respect and capacity that enable older people to make their own decisions and to live self-determined lives.”

If a family arrangement is not documented carefully, the results can range from inconvenient to catastrophic:

The older person is disadvantaged enormously in being left with little or no means to go elsewhere or even to consider paying a bond to move into an aged care facility, if things don’t  work out.

The pension is unnecessarily affected by failing to get legal advice and think through the legal issues.

The child who undertakes the care ends up being demonstratively worse off.

The older person is happy and content with the arrangement as is the child who is carrying for the older person, but inadvertently other children feel like they’ve been left out

The child who cares for the older person commits elder abuse, whether physical, emotional or financial

We are able to assist in carefully and thoughtfully documenting family arrangements.

What to Do if You Suspect Elder Abuse?

An elderly person who you suspect is being abused needs help and they need to know that help is available. Let them know that you are willing to help even if they refuse help (which is sometimes the case). Respect them by respecting their decisions.

[Tweet “An elderly person who you suspect is being abused needs to know that help is available.”]

If there is someone who is in immediate danger then always call emergency services on triple zero (000). In Queensland, for free and confidential advice for someone who suspects elder abuse or someone experiencing elder abuse then call the Elder Abuse Hotline on 1300 651 192.

At Estate Battles we believe it’s important to protect seniors against exploitation and abuse. We can help with the unique legal issues older people face, including cognitive deterioration, unscrupulous influence and elder abuse.

For a free, 10-minute phone consultation with one of our elder law specialists then please contact us today.