Reasons To Contest A Will

Thinking about how to contest a will may never have crossed your mind before. What do you do if a family member has recently died and the will has left you feeling confused or it seems unfair?  There are grounds on which you may contest a will and it happens quite regularly for a variety of reasons. A will is often contested because someone has been either completely left out of the will, or is receiving a portion of the estate they believe is unfair or is not considered ‘reasonable provision’.

Deciding To Contest A Will

Recently, the UK Court of Appeal ruled that a woman cut out of her mother’s will should receive a third of her estate.  Heather Ilott contested the will of her mother when she left her entire estate to animal charities when she died in 2004.  Melita Jackson had an estate worth £486,000.  Ms Ilott was apparently cut out of her mother’s will because she had eloped almost 40 years ago with her boyfriend (who became her husband). She intends to use the £164,000 inheritance she has been granted by the court to buy her families housing association home. This landmark ruling has left a mixed response.  It could significantly weaken people’s right to leave their estate to whom they wish and makes stronger the avenue for people who wish to contest a will.

There have been many high profile cases of contested wills.  John Seward Johnson I (of Johnson & Johnson family fame) left his almost his entire US$400 million estate to his third wife, Barbara Piasecka, 42 years younger than Johnson.  The legal battle when Johnson’s children decided to contest the will took three years and $10 million dollars in fees.  At the end of it the judge ordered Piasecka to pay Johnson’s children $160 million when the judge found that Johnson had not been mentally competent when he signed his will.

Leona Helmsley, commonly referred to as the ‘queen of mean’, was a billionaire real estate developer in New York City.  Her strange will left most of her money to charity, $12 million to her dog, 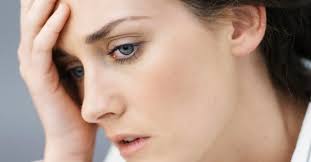 Trouble, smaller amounts to some relatives and cut others off completely. She directly specified in her will that she had “not made any provisions in this Will for my grandson Craig Panzirer or my granddaughter Meegan Panzirer for reasons which are known to them.” Her relatives deicided to contest the will for $12 million. Trouble had his inheritance reduced to $2 million by a Manhattan judge. Craig and Meegan Panzirer, the grandchildren who were left out of the will, were awarded $6 million from their grandmother’s $4 billion estate.

Choose Wisely When You Contest A Will

Of course, if you’ve decided to contest a will, it doesn’t always go to plan – especially if you pursue weak will challenges, act obstructively, cause delay and increase costs without incurring any cost yourself. Ms Simmons found this out the hard way when the UK High Court handed down a costs judgement for in excess of £65,000.  She had made a claim that her father’s recent will was invalid for lack of capacity, knowledge and approval and undue influence. She also made another claim under the Inheritance Act 1975 against Ken Jordan’s estate which he had left in its entirety to Ms Elliott, his partner.

Usually there is a ‘no costs rule’ with these types of proceedings, except when it can be shown that the defendant had ‘no reasonable grounds for opposing the will’. The judge who heard her case stated: ‘I have concluded that none of the individual arguments raises a reasonable ground on which to oppose the will. I have also considered and rejected the conclusion  that somehow, taken together, they raise a reasonable ground.’  A senior associate solicitor in the dispute resolution team at Gardner Leader who led the team on the case, said, ‘Passive defence claims have historically meant that the defendant does not have to “challenge” the will, which forces the case to go to court and the inheritor to cover the legal bills or be forced into settling a weak claim. But this “costs rule” has sent a stark warning to the public and legal profession that if you wish to dispute a will, that you must be  prepared to prove that you have good reason for opposing it or be prepared to pick up the legal costs.’

[Tweet “There is an increase in the number of Australians deciding to contest a will in court.”] 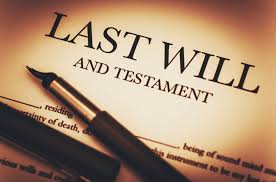 Having the Last Word?, a recent report under the banner of the University of Queensland into will-making and contesting wills shows that there is an increase in the numbers of Australians who decide to contest a will in court. The report found that 74% of cases challenged resulted in the will being changed. This success shows that judges and mediators are able to, effectively, recast a person’s will.  While this may not inspire confidence in will-writers, it is certainly encouraging for those who feel like they have legitimate grounds to contest a will.  Just be aware of the potential family fall-out that may follow afterwards. The study found 18 per cent of those involved in a dispute said family relations had been poor before the contents of the will were disclosed but this rose to 26 per cent afterwards.

The Will Says What!

If you’ve seen the will, and you’re not happy with it. What do you do next? Contesting a will is a complex area of the law and strict time limits apply. In order to contest a will, you will need legal representation.

[Tweet “Strict time limits apply when deciding to contest a will.”]

What do I do next?

Ascertain the date of death

Obtain a copy of the will from the solicitor

Seek legal advice urgently – in Queensland, you only have six months from the date of death to dispute a will. Outside of this time frame, you will lose your opportunity to contest the will

A will dispute will either be settled out of court, or if this isn’t possible, will be decided by a judge in court

What are the grounds for contesting a will?

Reasons to contest a will include:

If you are thinking of contesting a will then time is of the essence.  Please contact us today for a free, 10-minute phone call with one of our expert estate lawyers.