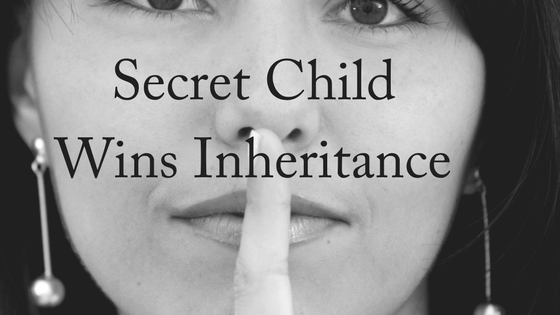 The secret child of a millionaire has won a million-dollar inheritance from a hotel magnate, winning $1.75 million despite never having met his father.

Edward Cameron, 27, was awarded the money after the court heard Mr Hemmes refused to have a relationship with his son amid doubts over his paternity. He had previously refused to acknowledge Mr Cameron and had asked for a DNA test to confirm he was his biological child. A heartbreaking letter from Mr Cameron, published in The Daily Telegraph, was tendered to the NSW Court revealing how the young man first approached his father at age 20. He signed off, “lots of love, Edward,” but an emailed response revealed that Mr Hemmes did not believe Mr Cameron was his secret child.

“Please do not under any circumstances contact Mr Hemmes at his private address. Until a DNA test is completed with regard to yourself and Mr Hemmes, Mr Hemmes does not want to have any contact with you,” an employee wrote.

“As previously mentioned [apparently in communications with the plaintiff’s mother], Mr Hemmes does not believe that you and himself have the same DNA.” 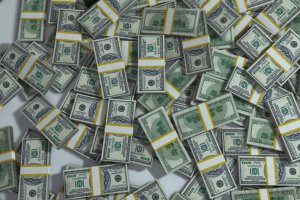 In another high profile case, the secret child of a Western Australian mining billionaire won $25 million from his estate, before having her inheritance slashed to $6 million on appeal.

Ms Mead was originally left $3 million by her father, who died in 2012 with a fortune reportedly worth between $1.2 billion and $1.5 billion. The court was told he had left his children an estate worth in excess of $800 million. The bulk of the money – $400 million each – was left to his two much older daughters from his second marriage.

Ms Mead fought the will and, after a much publicised Supreme Court hearing, was awarded $25 million from her father’s estate.

In the appeal judgment in late 2017, Court of Appeal President Michael Buss said it was not the court’s role to make “what may appear … to be a fair distribution” of Mr Wright’s estate among his children and other members of his family.

Justice Buss said the court had to determine “what is adequate provision for the respondent’s proper maintenance et cetera, having due regard to all the circumstances of the case”. 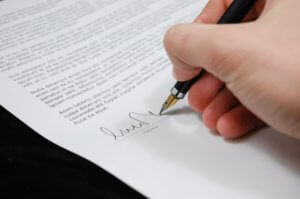 “In my opinion, a capital sum of $6,142,000 would constitute adequate provision for the respondent’s proper maintenance et cetera,” he said.

Justice Buss said that amount would allow for Ms Mead to purchase a house in the Perth metropolitan area with a value of $1,500,000 and receive an annuity of $100,000 for the rest of her life.

Can a Secret Child Make a Claim on an Estate?

In Queensland, a will maker ought to make adequate provision for the following persons:

This means that any children of the deceased may make a claim, even if the child comes from a different relationship. It is at the discretion of the court as to whether or not family provision claims are successful.  Not every applicant will be successful and not every applicant is eligible. The key is to seek advice from an expert in succession law.

The important thing to remember with family provision claims is that the test is not to establish what the deceased intended under the will. The deceased may not wish to acknowledge a secret child in his or her will, but this does not negate the right of the child to make a claim.

If you’ve been left out of a will or received less than you thought, you should seek legal advice immediately. The area of law surrounding family provision claims is complex. Advice should always be sought urgently as there are tight time frames. In Queensland, you only have 9 months from the date of death and notification must be made within 6 months from date of death.

If you need any assistance with writing a will, administering an estate or contesting a will, contact us today. We provide a FREE, 10-minute phone consultation.