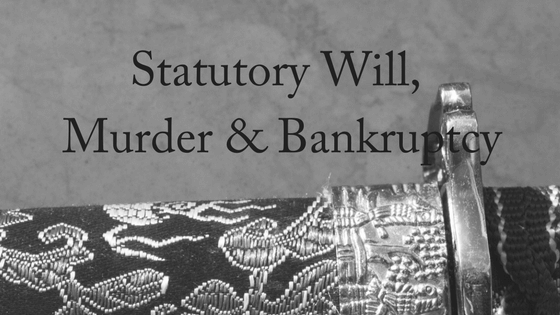 How is it that a statutory will can halt a murderer in their tracks but can’t discharge bankruptcy? A statutory will is a will made by the court on behalf of someone who lacks capacity to make or amend a will. Why would someone need the court to make a will on their behalf? The reasons are listed below:

What is a statutory will?

The court must first be satisfied that the person lacks the capacity to make a will. This in itself is not always clear-cut – just the diagnosis of dementia or a brain tumour is not sufficient to demonstrate that someone has lost capacity. After it has been established that a person does not have the capacity to make a will, the court must be satisfied that the statutory will is or is reasonably likely to be one that would have been made by the person.

Critically this does not necessarily require that the will be in the best interests of the beneficiaries or even in the best interests of the person. It simply means, is it likely that the person would have made the proposed will if they had the capacity to do so? The court may also have to make decisions about what the will-maker would have wanted when there are opposing opinions among family members. The wishes of the will-maker must be able to be demonstrated.

When it comes to murder….. 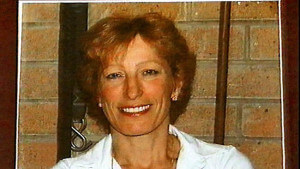 Maria Korp was found unconscious in the boot of her car in February 2005. Her husband Joseph and his mistress were immediately charged with attempted murder. With Maria in a coma from which she never awoke, her daughter applied to the court to amend Maria’s will. Prior to the attack, Maria’s will named her husband Joseph as the executor and beneficiary of her estate.

In Hausfeld v Hausfeld [2012] the New South Wales Supreme Court refused to alter the will of a man who lacked capacity. His son applied to the court to have the will changed because he was facing the possibility of bankruptcy. To protect his inheritance, he requested the beneficiary of the estate should be amended to his wife. The court agreed that if his father had capacity, he would probably change his will to protect his son. However ultimately the court found that it was not appropriate for it to authorise the amendment of a will to avoid creditors. 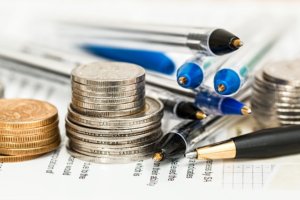 This is an interesting case, as most people would expect the court to act as if it were the father himself amending the will. If that had been the case, the father would have changed it to protect his son. Instead, the court decided that they would act in the best interest of the creditors and therefore, the son was not able to avoid bankruptcy.

At Estate Battles, a statutory will is often referred to as ‘estate planning of last resort’. Throwing yourself on the mercy of the Supreme Court is a costly and time-consuming way of managing your affairs. Instead, it is much better to seek the advice of a specialist in Succession Law who can examine all the scenarios that might require addressing.

Please contact us today for your FREE 10-minute phone consultation. We are happy to help you with any legal situation.