What is a Statutory Will? 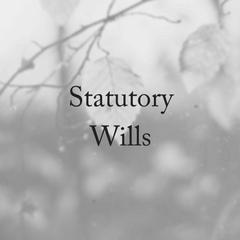 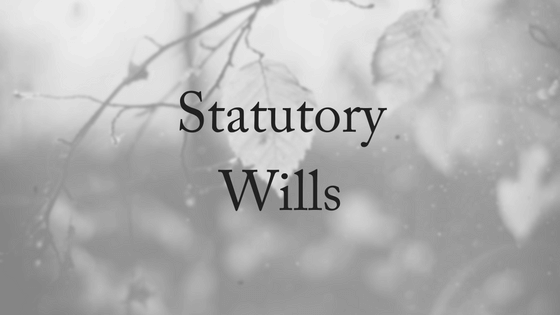 A statutory will, also known as a court-authorised, or a court-made wills, are only fairly new in Australia, with the relevant laws being introduced from 1996 -2010. Section 21 of the Succession Act 1981 (Qld) deals with persons who do not have testamentary capacit to make a will.  It says that “Court may authorise a will to be made, altered or revoked for person without testamentary capacity”. Each Australian state and territory has their own scheme for statutory wills in place, with various differences in the schemes.

Statutory will applications are on the rise.  This is likely to continue to be the case as Australia’s aging population continues to rise and the fact that there are many now living with dementia.  For someone to make or change their will themselves they need to be considered of ‘sound mind’ or more technically, that they have testamentary capacity. Having sound mind, memory and understanding are necessary for someone to write a valid will. But for those who do not have testamentary capacity, a statutory will can be made on their behalf, to speak when they are unable to do so themselves.

Scenarios for Applying for a Statutory Will

There are various reasons as to when it might be appropriate to apply for a statutory will, including:

Recently, an application for a statutory will was made on behalf of an 83 year old nursing home resident on the Gold Coast who no longer has testamentary capacity. The Supreme Court was told that he had properties and businesses worth more than $20 million and possibly as high as $50 million. Although when of sound mind the millionaire had paid two firms of solicitors to prepare a will, none was ever produced.

His accountant applied for court orders to make a statutory will for this man for whom he’d been a long-term accountant and administrator of his business and property affairs. His application for a statutory will came in light of the fact that his friend could become critically ill at any time, but also with the revelation of a long-lost daughter appearing and then her brother (by the same mother) also undergoing DNA testing to confirm his parentage.

A former carer and a woman who claimed to be the elderly man’s de-facto have both been identified by the Supreme Court judge as potential beneficiaries in any future will. Although the accountant friend has since withdrawn his application for a statutory will for his friend because of a possible ethical conflict, it is clear that a will reflecting the elderly man’s interests have new circumstances and relationships to take into account.

In a Queensland case from 2014, a mother (RC) of a severely disabled girl (SC) applied to the court to have a statutory will made on behalf of SC, who was 12 years old at the time. A traumatic birth led to a personal injuries lawsuit for medical negligence, brought on SC’s behalf by her mother. Compensation for damages of $1.375 million were awarded. SC had lived with her mother and maternal grandmother, both of whom had been her primary caregivers but had a poor relationship with her father, JS.

With SC now in possession of a large estate due to the damages award, her mother petitioned the court to make a will on behalf of SC. SC cannot make a will because she is a minor and lacks 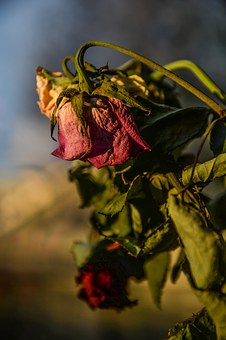 testamentary capacity. However, if she were to die without a will, intestacy laws would allow her estate to divided equally between her mother, RC and her father, JS. Because her father had not cared for her or contributed financially for her care, the court was asked to make a will that recognised the girl’s mother and grandmother as the beneficiaries of her estate.

The Supreme Court approved the request and authorised the will to be made on behalf of SC.

Who Can Apply for a Statutory Will?

Anyone can apply on behalf of another for a statutory will, as long as the court considers them to be an appropriate person to make the application.

The Heart of the Process

There is various information that needs to be presented to the court for an application will be heard. At the heart of it is a ‘core test’ – that the proposed will, alteration or revocation is one that the person would make if the person were to have testamentary capacity. In other words, the will being proposed must be one that the person would’ve made if they were able to. A person bringing an application cannot do so simply because he or she is unhappy with the what they’re receiving under the will. It must be evident that any change to the will would be want the will-make would want.

[Tweet “A statutory will needs to be a will that the person would make if they were of sound mind.”]

At Estate Battles, we are experienced in dealing with complex wills. To speak to one of our estate lawyers, please contact us today. We offer a free, 10-minute phone consultation.