No Will? The Way Can Be Unclear 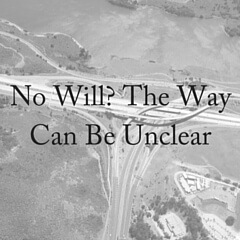 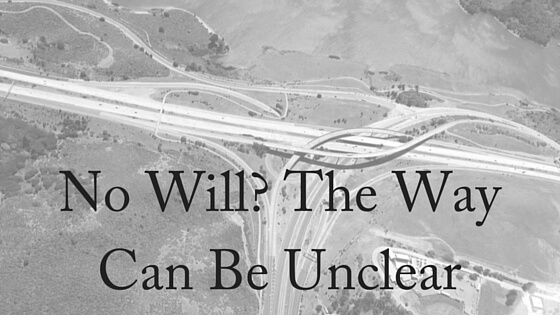 Why should you think about a will or estate planning?

Planning for the end of our lives can seem premature when we’re young and healthy.  Prince was no spring chicken, but he was only 57 years old when he died.  That doesn’t seem very old in our time of increasing life-span and is just another reminder of our own mortality and that death can come unexpectedly.

It is not just Prince’s death that has come as a shock, but also the fact that he doesn’t seem to have a will.  Tyka Nelson, his sister, has filed probate documents with the court listing his five half-siblings as well. The documents say that Prince died without a will.  His substantial estate has been estimated in worth from $300 million up to as high as $500 million.

Unexpected celebrity deaths can jar the rest of us to think about what documents we need to have in place. Even for those us us who are unlikely to ever have what would be considered a generous estate, the tax and financial hassle of probate or intestacy can be huge.  When you add the kind of zeros that go with a mega-successful entertainer, the failures can seem much more conspicuous. Prince is just the most recent example in a list of very wealthy stars who died without a will or updated estate planning. Some of these big names include Amy Winehouse, Kurt Cobain, Heath Ledger, Jimi Hendirx, Michael Jackson and Philip Seymour Hoffman.

[Tweet “Rich or not so rich – a will means less hassle when you’re gone.”]

Prince didn’t have children or a spouse at the time of his death, but given his long-standing battle against his record labels for control of his intellectual property rights, the lack of an estate plan is a baffling oversight. This is all but guaranteed to cause complications.  For a man that had uneasy relationships with those who tried to ‘control’ his music, a clear will would’ve paved the way for a smooth transition of his intellectual property according to what he might have wanted. Although a will may not necessarily solve everything, it certainly would’ve made clear his intentions. 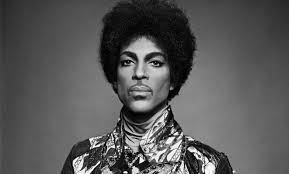 Heath Ledger had a will, but it wasn’t up-to-date when he died. Although it had only been five years since he had made it, in that five years he became partners with Michelle Williams and they had a child together.  The out-of-date will did not include either of them, but had only his parents and sisters nominated to receive his $20 million estate.

Jimi Hendrix died in 1970 without a will. The fight over his estate went on for more than 30 years. The famed guitarist’s siblings had been feuding since 2002, when their father, Al Hendrix, died and left Jimi’s sister Janie in control of the musician’s $80-million estate. Long term planning needs to be catered for in some estates to avoid these kinds of family feuds.

Not having an estate plan can also encourage litigation. After dying without a will, singer John Denver’s family spent six years in court. Thoughtfulness before you die can make the process much easier for everyone.

You may not have won a Grammy or an Academy Award or sold 100 million albums, but you could still benefit from some estate and financial planning advice.

If I Have No Will, What Should I Do?

Here are few basic steps to take, no matter how much your estate may be worth:

Will: You should have one that specifies how your assets are to be distributed among your family, friends and favorite charities.

Financial plan: It is amazing that some people have a plan for their assets after they die, but not for when they are alive. With increased life-expectancy, there is a concern that even some wealthy people are at risk of running out of money. Thinking about when to retire and how you might do that well financially are important considerations.  A financial planner can help if you’re not sure where to start.

[Tweet “Speak to your loved ones about end-of-life issues before it’s the end.”]

Family meeting: Have a conversation with loved ones about all of your intentions — not just about your assets. It’s also about other end-of-life issues. You should have an advance health directive that you’re family are aware of. You can also create a power of attorney for financial matters for those circumstances where you become incapacitated. Determine who will be the executor of your estate (someone you trust and who knows you) and who will become your children’s guardian if they are under 18.

Be proactive to avoid confusion and expense: Without a will, state law takes over. This means that any person with even a slither of a claim to your estate can petition the court to receive a share. When you don’t make your final wishes known, you are deferring to a court the right to distribute your assets. 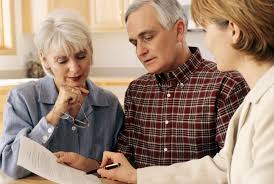 No matter how rich or famous you are (or aren’t), dying without a will can cause the same amount of turmoil and squabbling amongst your family. Not having a will means your property, assets and belongings will go to your next of kin which is determined according to legal principles.

A valid will does not need to contain complex legal language, but it should be legally drafted. It must contain these things to be valid:

Once you have prepared a will, you need to update it with significant life changes:

Realistically, dying without a will doesn’t impact on you – it is those you love who will have to face the ramifications.

If you would like help to draw a will or with further estate planning then please contact us for a free, 10-minute phone consultation.