An Estate Battle Over Two Wills 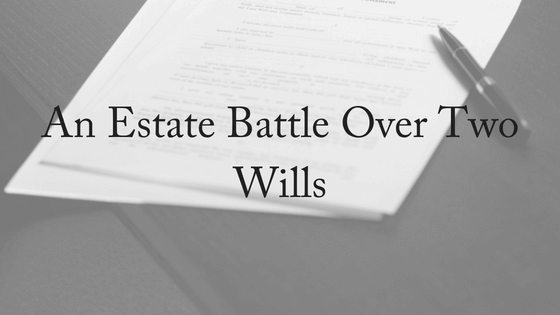 The May death of 79-year-old W. Marvin Rush II, the founder of what is today the largest commercial truck dealership chain in North America, has sparked an estate battle over the presence of two wills — one presented by his son, and the other by his widow.

Among the assets at stake is most of Marvin’s stock in New Braunfels-based Rush Enterprises Inc., the business he started, expanded and later took public. The shares in question were worth almost $74 million at the close of the stock market Friday.

Rusty, 60, contends those shares belong to him based on his father’s wishes memorialized in a 2006 will. Barbara, 58, says that her husband of 26 years revoked that will when he made a new one in May 2013 and then another in November 2013.

The 2013 wills contain no specific bequest of Marvin’s shares. Therefore, Barbara says, the shares are part of Marvin’s residuary estate — of which she’s the sole beneficiary.

Rusty is opposing both wills even though Barbara is only asking the court to declare the November 2013 will valid. He alleges that Marvin suffered from dementia when he signed the 2013 wills. Barbara disagrees.

Marvin Rush, who lived in Seguin, died May 17 this year.

Rush Enterprises’ roots sprang from a GMC truck dealership Marvin launched in 1965 in Houston. Marvin eventually bought out two partners, expanded the business and in 1996 made it the first automotive or truck dealership to trade its shares on the open market.

Marvin served as Rush Enterprises’ president until 1995, when he became chairman and CEO. He resigned as CEO in 2006 and Rusty took over. Marvin kept the chairman’s title until 2013, and continued to own Rush Enterprises shares both individually and with Rusty through a partnership called 3MR Partners.

Marvin’s obituary revealed that in “his last few years” he battled Lewy Body Dementia. The disease can present a range of symptoms, including problems with thinking, memory, moving, and changes in behaviors, according to the Lewy Body Dementia Association’s website.

On June 4, 18 days after Marvin’s death, Rusty filed court papers to the court seeking to validate the will his father executed in 2006. The will gives Rusty all of Marvin’s Rush Enterprises Class B shares and his partnership interest in 3MR Partners — which was formed decades ago for the purpose of owning and holding certain assets, including shares in Rush Enterprises.

Then, on June 29, Marvin’s widow Barbara entered her opposition to Rusty’s application to probate the 2006 will. She says her husband redid his will twice in 2013 — revoking the 2006 will.

Barbara’s filing included a copy of the November 2013 will, which was water-damaged by a flood that inundated the file room of the Houston law firm FizerBeck during Hurricane Harvey. The will was “professionally restored,” Barbara’s filing says. 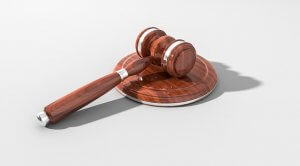 The most contentious part of the 2013 wills is that Marvin completely disinherited Rusty.

“I do not wish to make any provision hereunder for my son William Maurice Rush, III, or any of his descendants,” Marvin states in both 2013 wills. The November 2013 will indicates Marvin had set up trusts for the benefit of some of his other children and his grandchildren.

Barbara was named the executor of Marvin’s estate in the 2006 will and in each of the 2013 wills.

On July 9, Rusty filed his opposition to probating either of the 2013 wills — arguing that the onset of his father’s dementia was at least five to eight years prior to his death, “thus placing Mr. Rush’s mental capacity in doubt from May 2010 onward.”

Barbara disputes that her husband lacked mental capacity when he signed both 2013 wills.

Rusty says his father ceased being involved in the day-to-day business of Rush Enterprises in 2010. Marvin complained of “not being able to concentrate and was often unable to remember recent events.”

What happens when there are two wills?

The court is going to presume that the most recent will — from November 2013 — is the “valid, controlling will,” legal experts say, but then the court will make an inquiry into whether Marvin had “capacity to execute the will.”

Just because someone has dementia does not mean they lack capacity.

For the court to grant probate, it was declare that the will is a valid will.

This is a basic summary of how to make a valid will, but it is a complex area of the law. Will disputes can arise when a will is not valid and the court must decide how to administer the estate. A will may be deemed invalid if:

If you need assistance with any aspect of estate planning, or if you suspect you would like to contest a will, please contact us today. We offer a FREE, 10-minute phone consultation.