Why Artist’s Estates Often End Up In Court 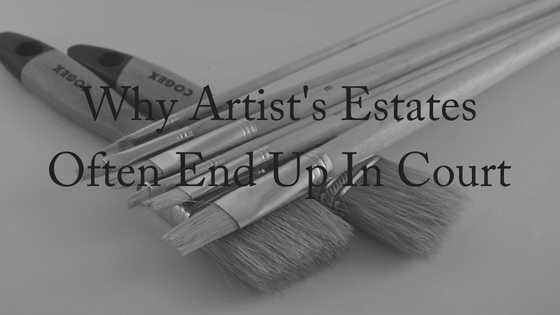 Why is it that the estates of famous artists end up embroiled in lengthy estate battles? One reason is a lack of planning before their deaths; another is because those left behind aren’t sure how to administer the estate; and finally, because the value of the estate often goes up following their deaths, the swelling fortune can be a temptation to family members.

The Estates of Famous Artists

Robert Indiana, who was beloved for his 1965 image of the stacked letters L-O-V-E died at his island home in Vinalhaven, Maine on May 19, just a few months short of his 90th birthday, already embroiled in a legal battle over his iconic works of art.

Just a week before his death, a lawsuit was filed by the artist’s agent, the Morgan Art Foundation, against his studio manager, Jamie L. Thomas. Indiana, described in the lawsuit as “bedridden and infirm,” and intentionally isolated by Thomas, had a new will drawn up in 2016, (superseding a 2013 will) that turned over power of attorney to Thomas. “It is our contention that Indiana was in poor health, and he had a difficult time reading,” the lawsuit claims. “He was not aware that he had assigned power of attorney and not mentally competent.” The Foundation allege he was unable to provide informed consent to what was being done in his name.

Robert Indiana isn’t the only artist to have their estate end up in court. Pablo Picasso did not leave a will, but he did leave behind an assortment of children, grandchildren and ex-lovers who spent the six years after he died in 1973, and a combined $30 million, settling the issue of who got what.

Painter Thomas Kinkade, on the other hand, appeared to leave behind two wills when he died unexpectedly in 2012 after overdosing on alcohol and Valium. One will appeared to favor his estranged wife and children and another, hand-written and signed shortly before his death, favored his current girlfriend. Each will identified who would get his mansion and control over his paintings.

Sculptor Harry Bertoia, who died in 1978, did leave a will—just one—the traditional type that left everything to his wife and three children. However, according to his daughter Celia, her father “talked about what he wanted done with his works with me, my brother and sister and with friends,” and much of what he reportedly talked about concerned where he wanted his work exhibited and donated, and that certain pieces be kept together.

However, it turns out that her memory of what her father had wanted was different to those of her siblings. In 2013, Celia Bertoia started both the Harry Bertoia Foundation and what turned out to be a three-year lawsuit against her brother, who had kept a large number of the artist’s works in a barn in Pennsylvania, to recover pieces in order that their father’s wishes be carried out. 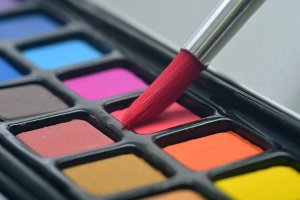 Why Choosing an Executor Can Be Tricky

There is no ideal executor of an artist’s estate or foundation. An art dealer might take charge, since they usually have the best understanding of the art market and how to promote an artist’s work, but they may also just want to pick-and-choose among an artist’s most sellable works without further regard to the financial future of the family.  An objective third party professional might make the most objective executor, but may not know enough about the art world.

Of course, the most notorious case of art world insiders doing wrong by an artist involved the estate of painter Mark Rothko. Two years before taking his life in 1970, Rothko had drawn up a will, naming three executors who would create a foundation that would receive the bulk of his paintings: Bernard Reis, an art collector and accountant; Morton Levine, an anthropology professor at Fordham University, who was also named guardian of the artist’s youngest child, Christopher Rothko; and Thodoros Stamos, a painter and younger member of the New York School of abstract expressionism who was a good friend of the artist. (Rothko’s wife died of heart failure six months after her husband’s passing.)

One of the executors’ first actions was to sell 798 of Rothko’s paintings to New York’s Marlborough Gallery for $1.8 million and consign to the same gallery 698 more at a 50 percent commission. Rothko’s children sued, accusing the three executors of conspiracy to defraud the estate and waste its assets: Frank Lloyd, the owner of Marlborough Gallery, had purchased a huge quantity of artwork by a major American artist for far below its actual value, and some quick sales that he made on a number of those paintings realized profits of 800 percent for him.

Reis was charged with self-dealing for being the accountant to both the Rothko family and the Marlborough Gallery at the time of these contracts, while Stamos was accused of going along with the deal in order to be taken on as a Marlborough artist. In fact, in 1971, Stamos became part of Marlborough’s stable, and his first exhibition at the gallery was held the following year. His friendship with Rothko came to be seen as partly mercenary.

In a ruling handed down in 1975, the three executors were removed from the Rothko estate and the contracts they made selling and consigning the 798 paintings to Marlborough were canceled. Stamos and Reis, jointly with Frank Lloyd of Marlborough, were deemed liable for the present value of the paintings sold by Lloyd, or $9.3 million.

Similar bad behavior from executors can occur, so always make sure you choose your executors wisely. They should be competent, trustworthy and objective.

If you need help with any aspect of estate planning, please contact us today. We offer a free, 10-minute phone consultation.