How Ashes Led To An Estate Battle 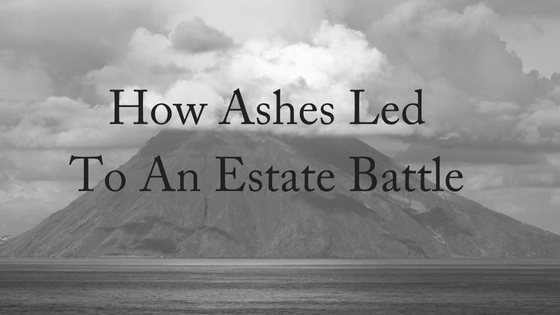 In New Zealand, an estate battle has erupted over the meaning of a de facto relationship.

An Auckland man said he felt “betrayed” after his partner of almost 30 years died and left him only her ashes.

A decision from Justice Grant Powell in the Auckland High Court, ordered that Steven Moon be paid $300,000 out of the estate of Mary Doyle. Their relationship had lasted for 27 years and ended with Doyle’s death after a long battle with cancer early last year, the decision said.

Moon told the court that after Doyle died and he read her will, he was “very upset and felt used” when he found she’d bequeathed him only her ashes.

“I feel betrayed by her,” Moon said in his evidence, quoted in the judgment. “It was as if I was nobody in her life. I had spent nearly every day with her for 27 years, except for two and a half weeks when I was in hospital and some short trips to the South Island.”

At the March hearing, Moon laid claim to the whole of Doyle’s estate, which was opposed by her older brother, Patrick Doyle.

While Patrick Doyle acknowledged the longstanding relationship between Moon and Mary Doyle, he questioned whether his sister would have regarded her relationship with Moon as being de facto.

The judgment said that for much of their relationship, Mary Doyle had significant health issues and was a wheelchair user. The pair slept in their own houses on Auckland’s North Shore, with Moon going to Mary Doyle’s house after work to cook her dinner, spend time with her and do chores around the house.

Moon’s unchallenged evidence was that the pair also had a normal sexual relationship up until Mary Doyle was diagnosed with terminal cancer in 2015. 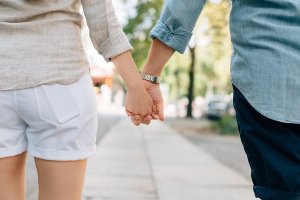 However, Mary Doyle described the pair as “friends” in legal documents and to various members of her family.

The pair did not live together. Moon lived next to his mother in Torbay and Doyle lived at the Fairview Avenue address.

There was evidence that the couple looked for a property together in the 1990s but it was “ultimately not pursued as both found their respective properties suited their different needs”.

They would text daily and Moon would often cook dinner for Doyle at her residence after getting her medication and picking up groceries.

“I helped Mary get changed for bed and would kiss her goodnight before going to my house,” Moon said.

Moon’s description about their daily routine touched on a constant conversation for many couples, the dishes.

“I would do the dishes from dinner, tidy the kitchen up a bit and do the chores you would normally expect after dinner. Mary insisted that the dishes were left to air dry which I would have to put them away the next evening.”

He claimed for her whole estate which was challenged by Patrick who claimed she and Moon were not in a de facto relationship.

Patrick said Doyle had always described herself as single and when asked by the Public Trust if Moon was her partner when she was composing her will she said he was a companion only, the decision says.

Patrick acknowledged the two were in a “long and close relationship, the evidence supports a finding that it was one of friend not husband”, but said the relationship did not meet the criteria of a de facto relationship.

Patrick Doyle’s lawyer argued they did not live together, had no shared assets, and Mary Doyle had set out her status as “single” on every significant legal form in evidence.

The court also heard from several independent witnesses who described the couple as partners who were in a loving relationship.

“I’m leaving you the most precious thing: me,” Mary Doyle wrote in a note for Moon that he received after her death with regard to her ashes. She went on to say she didn’t want them scattered anywhere, and that she’d always loved him. She also thanked him for “being there for me for all these years”.

In his decision, Justice Powell was satisfied that despite Mary Doyle consistently describing Moon as a “friend,” Moon’s own view of the relationship was correct: they were in a de facto relationship.

“Ultimately the picture that emerges is of two quite private people who formed a relationship that worked for them despite very considerable difficulties arising from Mary’s medical conditions,” Justice Powell said. “There can be no doubt whatsoever how important this relationship was, not just to Steven, but also to Mary.”

The judge ordered that $300,000 be paid to Moon out of Mary Doyle’s estate. This payment would “almost certainly” require the sale of her house, which had been left to Patrick Doyle.

He considered both parties had succeeded in the proceedings to an extent; Moon in that he was found to have been in a de facto relationship with Mary Doyle and entitled to a share of her estate, and Patrick Doyle in resisting Moon’s claim to the whole estate.

In Australia, a de facto relationship is defined in Section 4AA of the Family Law Act 1975. The law requires that you and your former partner, who may be of the same or opposite sex, had a relationship as a couple living together on a genuine domestic basis. This will have consequences for your estate planning, so if you’re about to enter a serious relationship, make sure you also update your will.