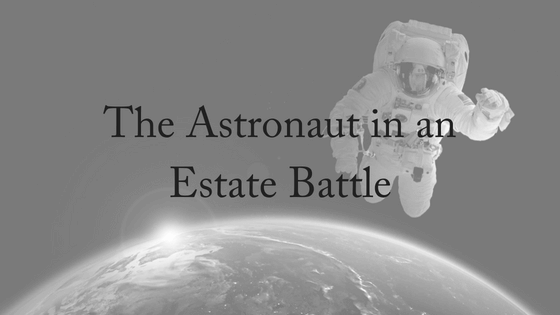 Astronaut Buzz Aldrin has found himself in court arguing for his own mental competence in an elder abuse battle.

Mr. Aldrin, 88, who set foot on moon during the 1969 Apollo 11 mission, has gone to court to try and prevent two of his children and a former business manager from taking control of his assets and financial responsibilities.

According to published reports, the children, both in their 60s, are arguing in the elder abuse battle that their father is suffering from dementia and should not oversee his own financial affairs.

Mr. Aldrin, who has three children and has been married and divorced three times, has filed a lawsuit accusing his son, Andrew Aldrin, and his former business manager, Christina Korp, of misusing his credit cards and transferring several hundred thousand dollars from his businesses into their own accounts.

The lawsuit is a tangle of allegations of fraud, conspiracy, exploitation of the elderly, and other finance-related charges. In it, Buzz alleges that Andy and Korp have taken control of his “personal credit cards, bank accounts, trust money, space memorabilia, space artifacts, social-media accounts, and all elements of the Buzz Aldrin brand.” The suit claims that Andy transferred $475,000 from his father’s bank account into his own bank account over the last two years, and that the two children have spent up to $60,000 using credit cards that are authorized under Buzz’s personal account, all without Buzz’s knowledge or consent.

The former astronaut further claims that Andy, Jan, and Korp have “forbidden” him from marrying and “specifically and deliberately have undermined, bullied, and defamed all of [his] personal romantic relationships.” He alleges in the elder abuse battle that Andy and Korp have slandered him by telling others that he has dementia and Alzheimer’s disease.

In June, Andy and Jan Aldrin filed a petition in Florida state court requesting to be appointed their father’s co-guardians, saying that he “suffers from cognitive decline” that has “resulted in loss of memory, confusion, general delusions, paranoia, and unusual behavior,” according to ABC News. The petition said Buzz “is now associating with new acquaintances who appear to be manipulating him with false information to their own benefit and his detriment.”

They asked for the court to name them his legal guardians, saying Mr Aldrin was associating with new friends who were trying to alienate him from his family and that he had been spending his assets at “an alarming rate”. 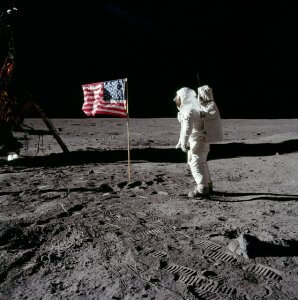 In April, the 88-year-old underwent his own evaluation conducted by geriatric psychiatrist James Spar at UCLA, who said Mr Aldrin scored “superior to normal” for his age on tests.

Buzz Aldrin said in the complaint that despite revoking the power of attorney he had given his son, Andrew Aldrin continued making financial decisions for him.

“Specifically, defendant Andrew Aldrin, as trustee, does not inform plaintiff of pending or future business transactions, removes large sums of monies from plaintiff’s accounts, and continues to represent plaintiff in business and social capacities despite plaintiff’s repeated requests for such representations to be terminated,” the lawsuit said.

Mr Aldrin accused his daughter, Janice, in the elder abuse battle of not acting in his financial interests and conspiracy, and he accused his former manager, Christina Korp, of fraud, exploitation of the elderly and unjust enrichment.

Also named in the lawsuit are several businesses and foundations run by the family.

In a statement, Andrew and Janice Aldrin said they were saddened by the “unjustifiable” lawsuit.

“If nothing else, our family is resilient and our ability to work together to solve problems and accomplish great things is strong,” the Aldrin children said.

Unfortunately, in cases of elder abuse, it can be very hard to retrieve the money that has been lost. It should be key that you notice the warning signs of financial abuse:

If you believe financial abuse is occurring, it is best you intervene. Seek legal advice immediately. The sooner you seek help the easier it is to remedy the situation. Once assets are sold or spent, it is unlikely that they can be restored.

Sadly as people get older the family find it hard to agree on what is best for the older person and disputes arise. Sometimes these disputes are quite legitimate, because someone is doing the wrong thing. Other times the dispute is simply a matter of personality and it would be hard to suggest that anyone is doing anything wrong.
Whatever is the case, we are highly experienced in assisted people in family disputes concerning the care and arrangements of older persons. This may involve an application to that tribunal known as QCAT.

If you need assistance with an elder abuse case, please contact us today. We offer a free, 10-minute phone consultation.