Bequests: What Are They? 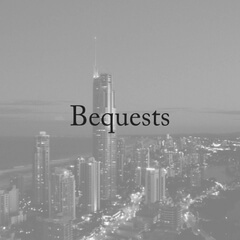 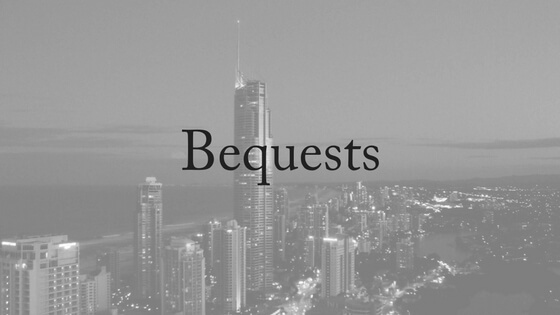 Bequests are made regularly in people’s wills.  A bequest is simply a a gift or a legacy left to someone after your death. Making a bequest to charities or to family members is very common. We even have a record of Sir William Shakespeare’s will in which, among other things, he leaves to his wife his ‘second-best bed’.

Now although there are varying interpretations on whether Anne was given a rubbish deal in being bequeathed her husband’s ‘second-best bed’, it was clear in his will who he was giving the bed to and that it was a bed he was giving.  In truth, his daughters were probably given the better end of the bargain – they were each bequeathed £150, more than £380,000 in today’s money. Some say that a comfortable bed in Shakespeare’s time was a very difficult and expensive item, so perhaps Anne did get a good deal.

Others are also very generous in their bequests. In 2015, stockbroker John Fairlie Cuningham left around 60% of his estate to the foundation of the Art Gallery of NSW. This bequest was worth around $15 million, which allows the foundation to purchase works of art. Steve Watson also had a significant bequest for the the foundation at $6.5 million and back in 1983, Mervyn Horton also bequeathed the generous amount of $12 million.

It is not just family members and art galleries that benefit from bequests.  There are thousands of different charities and causes you can bequeath part of your estate to including hospitals, cancer research, religious institutions, schools, Greenpeace. . . The list is endless, but like anything, you need to be proactive. You need to do something about it for it to happen. 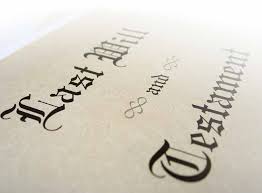 So what actually is a bequest? Is it just for significant sums of money and larger items?  A bequest is the gift of personal property as specified in a testator’s will. A testator is someone who has made a valid and legal will. The personal property might be money, stocks, coins, jewelry or antiques and must have been owned by the deceased when he died. Bequests have fairly specific wording so it is always best to seek the help of a legal professional when preparing your will and any other estate planning documents. It’s also important to consider that what you own now, you may not own in the future. Therefore, making specific bequests means that you’ll need to consistently review and update throughout your life.

[Tweet “A bequest is a gift made through a will.”]

There are different types of bequests:

Your will and bequests need to be worded carefully so that they are valid. It’s also important to get someone to think through the implications of how your bequest is worded.  In 1928, an anonymous donation was made to inspire the UK government to pay off their debt.  The £500,000 bequest came with the specifications that it should be held in trust until the country raised enough money to pay off the whole debt.  That £500,000 has been held in trust and is now worth £350 million, but the UK’s national debt is now £1.2 trillion. It’s possible that the original bequest will never be used!

[Tweet “A will is the legal document you need to distribute your estate in the way in which you would like.”]

When only about half of all Australians have a will, it’s likely that certain items or money we’re hoping to bequeath to different people, charities or other things we believe in are not going to end up there.  A will is the legal document you need to distribute your estate in the way in which you would like.  Don’t assume that your conversations with family about your passions and who you want to have what when you die stay in their minds or are a given – they’re not.  You need to have a will to ensure your wishes become a reality.

Our estate lawyers are experienced and ready to help you with your estate planning.  Please contact us today for a free, 10-minute phone conversation.