Should CCTV Be Allowed In Aged Care Facilities? 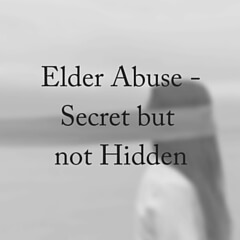 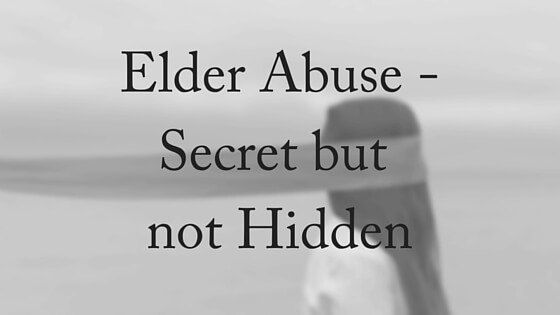 We don’t like to think that elder abuse happens in aged care facilities that are supposed to be caring for our ageing loved ones, but it does.  We want and expect our elderly loved ones to be safe in their aged care facility. But footage that is confronting and sickening shows us that while elder abuse may be done in secret, it is not always hidden.

Because of state surveillance laws and the privacy act, CCTV is currently not allowed everywhere in aged care facilities.  Despite this, families are using monitoring devices when they are concerned about family members possibly being abused.  In the case of hidden camera footage taken by Noleen Hausler, she was right.  Ms Hausler has a father at the Mitcham Residential Care Facility. When she became concerned about her father having unexplained bruising and bloodshot eyes from crying, she decided to take the serious step of hiding a camera in his room to find out what was going on. This was a step she took only after being unhappy with the response she’d had from the home and the concern she’d felt at the carer’s evasive manner.

Noleen’s father is Clarence Hausler, an 89 year old with dementia who is bedridden and cannot communicate. The footage, which has been aired on the ABC’s show 7:30, shows one of his carers purposefully sneezing on him, violently force-feeding him, hitting him on the head, and most disturbing of all, appearing to try and suffocate Mr Hausler by repeatedly stuffing a napkin in his mouth and putting it over his nose. She then went to the police.

When she later showed this evidence to the home, the home operator Japara Healthcare were unapologetic. Instead, they threatened Ms Hausler with breaching the Privacy Act, 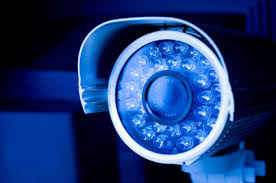 Video Surveillance Act and the Aged Care acts. “I’ve been told if I put a camera in there again, it will be confiscated and the police will be called,” Ms Hausler said. “I’ve kept my father at Mitcham because I think it was the person doing this despicable acts rather than the institution, but we need change — I would like to see a clause in the tenancy agreement that says if a family has concerns they can put monitoring equipment in.”

The carer received a six month jail sentence after pleading guilty to two counts of aggravated assault. Corey Lyle Lucas, 29 of Camden Park, served only a month in prison and had the rest suspended. One of his neighbours, Alison Rodgers, did not believe Lucas was capable of such a thing, until she saw the “pretty shocking” video. She said: “I would never think he’d do something like that. He’s normally quite nice. It’s just really upsetting. If you see something like that happening to one of your relatives you’d be pretty upset. . . I imagine the job is frustrating sometimes but you don’t act like that to someone who’s vulnerable and can’t defend themselves.”

Lucas seemed like a regular person to his neighbour, but Ms Hausler was suspicious enough and concerned enough to put a spy camera in her father’s room. People from all ages and backgrounds can be potential abusers. It’s just that we don’t expect that it will be the people who are supposed to be warmly caring for our loved ones.  The reality is there are many wonderful, dedicated and respectful carers looking after our elderly.  But it only takes one person to hurt another.

There are similar stories all around the world.  A former employee at a South Dakota aged care facility in the US was charged with six counts of elder abuse and neglect of an elder with a disability. Donald R. Brown, a 62 year old nurse assistant has pleaded guilty and will serve almost ten months in prison for abusing and neglecting a 66 year old who has limited communication skills and is in a wheelchair. He was only found out after relatives placed a hidden camera in the resident’s room.  Although surveillance laws were not complied with, in this instance the footage which had been given to police, was used as evidence and the relatives were not charged for using the camera in the way that they did.

[Tweet “How do we protect the vulnerable who may not be able to speak for themselves?”]

Should Cameras Be Allowed? 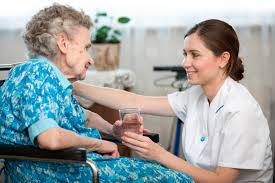 There are certainly concerns here about the rights of carers, residents and any other persons visiting an aged care facility if CCTV is allowed, but how else do we protect the vulnerable who may not be able to speak for themselves? Ms Hausler definitely believes that cameras should be allowed and we can understand why.  Kevin Shizabi, who works at the facility where Mr Hausler was abused said that as a worker, it would be fine if he was filmed while on the property, and that the installation of private CCTV cameras in resident’s rooms should be legalized. “I’d be for that, definitely, it would be a deterrent for carers, and even carers who go into people’s homes to make sure they don’t do anything like that,” he said.

Jane Mussared, chief executive for South Australia’s Council on the Ageing, said every option should be on the table to prevent elderly abuse in nursing homes, including the use of cameras in private rooms. She said more needed to be done to protect the vulnerable in the community. “CCTV is only as good as it’s monitored and watched and indeed how it’s operated,” she said. “So there’s a bit of work to be done to work out in balance that’s the right thing to do. In the meantime I would encourage co-workers, visitors and families to be as vigilant as possible.”

While cameras may not easily be an option, there are some signs to watch out for that are potential indicators of elder abuse:

Bring your concerns to the appropriate authorities if they are not being addressed or taken seriously by the staff where your loved one resides.  We offer a free, 10-minute phone consultation with one of our lawyers in elder law. Please contact us today!