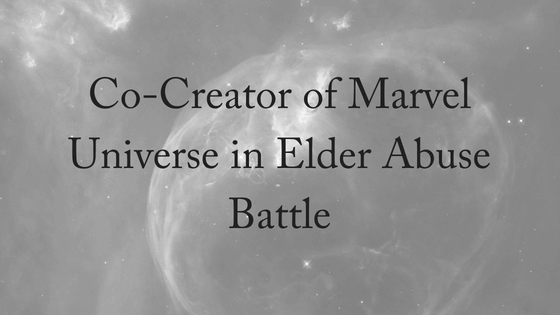 The Los Angeles Police Department is investigating reports that Stan Lee, the 95-year-old co-creator of the Marvel Universe, is the victim of elder abuse.

The investigation was launched in February, but it was only recently that Lee was granted a temporary restraining order against Keya Morgan, the 42-year-old memorabilia collector who in recent months had become the legendary creator’s “gatekeeper.”

Lee posted a video early this week declaring that Morgan is his only partner and business manager, and that all others were making false claims. However, that was before Morgan was arrested on Monday on suspicion of filing a false police report. Lee’s former attorney Tom Lallas has agreed to act as guardian ad litem for the longtime writer and editor.

In court documents filed Wednesday, Lallas said Lee suffers from hearing, vision and memory impairments, and is unable to “resist undue influence,” giving voice to concerns expressed by fans and industry colleagues. Lallas valued Lee’s estate at more than $50 million, which makes him a potential target for financial predators. Joan Lee, Stan Lee’s wife of 70 years, passed away in December at age 93. Since then, one of Lee’s associates has been accused of stealing $300,000 from his bank account, and using $850,000 of his money to buy a condominium. The same person is alleged to have forged an order for a nurse to draw “several vials” of Lee’s blood, which a recent report suggests was used to create ink to sign comic books.

Morgan’s arrest on Monday stems from a widely reported May 30 incident in which Lee was purported to have been threatened by two gunmen at his Los Angeles home. According to a probable cause arrest warrant and police documents cited by The New York Times, two LAPD detectives accompanied a Los Angeles County Adult Protective Services social worker to perform a welfare check on Lee. They reportedly instructed security personnel to prevent anyone from entering Lee’s home while they conducted the interview. According to documents, Morgan arrived and was barred entry; after he was told by a security guard that a welfare check was being performed, he dialed 911 to say that three unidentified people had entered Lee’s home, and “locked everyone out.”

“I’m very, very scared they’re harming him,” Morgan said, according to the transcript of the 911 call. He soon placed a second call, telling the operator that a “very threatening” and “aggressive” man with a gun was in Lee’s home, which was viewed by the detective as an attempt to remove the security guard. Morgan’s calls resulted in eight police cars and a helicopter being dispatched to the home. The security guard was taken into custody, but later released.

In the documents, the police detective wrote that he’d met twice this year with Lee, who has demonstrated that he can be “influenced” by Morgan. 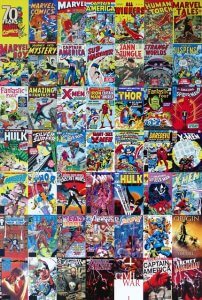 Morgan, whom Lee’s attorney claims has “inserted himself into Mr. Lee’s life as his caregiver,” said that the accusations are a “witch hunt” orchestrated by Lee’s daughter and lawyer. “I will 100 percent prove beyond a shadow of a doubt that the allegations against me are false. And I will definitely take legal action against anyone who is making up these lies. The truth will come out.”

During the court hearing, attorneys for Stan’s daughter, J.C. Lee, argued that they were the proper legal representatives for her father, and they subsequently filed a new request for a restraining order against Morgan.

In another legal battle, Lee has dropped a $1 billion lawsuit accusing POW! Entertainment of tricking him into exclusively signing away his name and likeness.

Lee’s lawsuit alleged that POW! CEO Shane Duffy and co-founder Gill Champion conspired in a “nefarious scheme” to take advantage of Lee’s macular degeneration — as well as his struggle to cope with the death of his wife — to trick him into signing off on an agreement that would exclusively hand over the rights to his name and likeness.

The suit claimed that POW! did not fully disclose to Lee the terms of its acquisition in 2017 by Camsing International of Hong Kong, and that, under the new arrangement, the company had deceptively elicited from Lee an agreement to hand over his highly marketable brand identity.

With the suit dropped, Lee reportedly said in a statement quoted by THR that he is “thrilled” to put the conflict behind him, and acknowledged that the matter ”has been confusing to everyone, including myself and the fans, but I am now happy to be surrounded by those who want the best for me.” The statement also indicates Lee and POW! will continue to work together amicably.

At Estate Battles we believe it’s important to protect seniors against exploitation and abuse. We can help with the unique legal issues older people face, including cognitive deterioration, unscrupulous influence and elder abuse. For a FREE, 10-minute phone consultation with one of our elder law specialists then please contact us today.