Contesting The Will Common Among Step Families 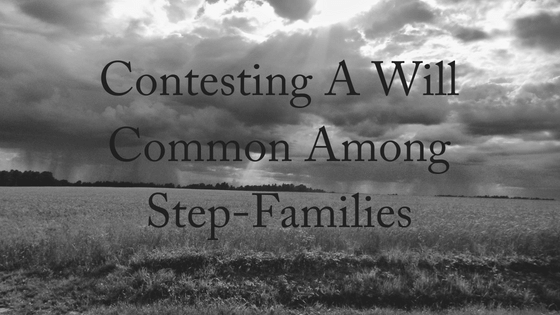 One of the most common scenarios we see here at Estate Battles occurs when relationships between step-parents and step-children break down over the contents of a loved one’s will.

Few people would be surprised by research showing that only about 20% of adult stepchildren feel close to their step-parents. Moreover, studies show abundant evidence that step-parents and their stepchildren do not grow closer over time.

Whether the reasons for estrangement are simple or complex, relationships within blended families are complicated.  An inevitable percentage of estates managed by a widowed step-parent with stepchildren heirs will end up as a battleground of hard-fought litigation over inheritance rights.

Why Step Families End Up Contesting the Will

Short-term marriages present a perfect, brief incubation period for brewing an estate battle. Often, the older male passes away first, and his long-term estate plan may have been short-circuited by undue influence in the period before his passing.

Wills, estate plans, transfers of property, and trusts that are hastily drawn up — with beneficiaries changed during a husband’s last days — practically guarantee estate battles.

Favored children of any parent can be particularly problematic.

Continual behind-the-scenes efforts by a step-parent to advance the interests of their children over those of the willmaker’s biological children won’t escape the notice of other family members and will lead to mistrust and resentment.

Disputes Immediately After a Death

Disputes will frequently break out immediately upon a willmaker’s death, even over funeral details.

Most undue influence activities later challenged in court occur when the elder is in obvious cognitive decline. Bad actors can try to exploit the vulnerabilities of an elder with dementia – to unduly influence the elder to engage in an act that might on its face appear to be brazen, but which is meant to take control of a family fortune.

Sometimes hints of wrongdoing are subtle. Questions as to the existence or nonexistence of estate planning documents are shunted aside. Often, personal property disappears or is signed over into the wrong hands. 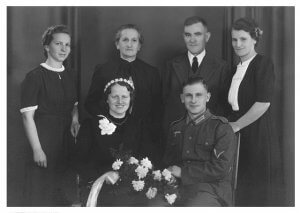 Auckland businesswoman Carol Fry was a widow of less than three months when she discovered her stepson was challenging his father’s will.

The ensuing legal battle took six years and cost her nearly $400,000, but she says she had no option other than to fight the claims in court. “If he’d got what he wanted, I would have been bankrupt, and I would have been tossed out of my own home.”

Carol Fry had bought and paid for her own home in Parnell in 1986, with no contribution from Laurie, before they married in 1989. It became the couple’s home, and part of Laurie’s estate. The couple set up their business, Unique Fabrics, in 1986, with start-up capital also provided by Carol.

Jason worked for the company in the early 1990s and, after a period overseas, became national sales manager in 2006. He said his father told him he would inherit half the company on his father’s death, but Carol Fry said the plan was always for Jason to buy out Laurie’s share.

Although Carol Fry won the case in the Family Court, it was overturned on appeal to the High Court, which ordered her to pay stepson Jason Fry $175,000 to meet his father Laurie’s moral duty to him. Laurie had left all his estate to Carol, on the understanding that his three children, and her own beneficiaries, would inherit on her death. The court ruled that because the relationship between Carol and Jason had irreparably broken down, it had little confidence she would provide for him.

Jason Fry said he felt he had no option but to pursue a legal claim after he’d worked for Unique Fabrics for 15 years, but found his father had left him nothing in his will. “I always knew it was a no-win situation, but I did it on principle. I had no other choice.”

He says his father had promised he would inherit shares in the business. Under his stepmother’s will, he might have inherited “in 20 or 30 years”, but there was no guarantee she would not change it before she died.

She says courts are treating second wives like second-class citizens.

But as people live longer and also become increasingly likely to divorce, remarry and start second or third families, the rights of a surviving spouse often conflict with the interests of their dead partner’s children. It’s particularly true when that spouse is similar in age to the stepchildren, who can see an inheritance vanishing into a distant future or being spent in the meantime.

It is important that if you are part of a blended family, you have considered options and solutions to prevent future disagreements. One good option is to utilise a testamentary discretionary trust, so that you have better control over how your assets will be divided. A testamentary discretionary trust is a type of trust created under a will, comes into existence only upon the administration of the deceased estate.

Another option is to create mutual wills which allow for your assets to be divided equally between all the children in your blended family. Mutual wills mirror one another or in other words are identical wills.  In the absence of Mutual Wills nothing will stop the surviving spouse from changing their will and cutting their spouse’s children out of their will or making sure that only their own children are provided for.

For any advice regarding contesting a will or estate planning, please contact us today. We offer a free, 10-minute phone consultation.