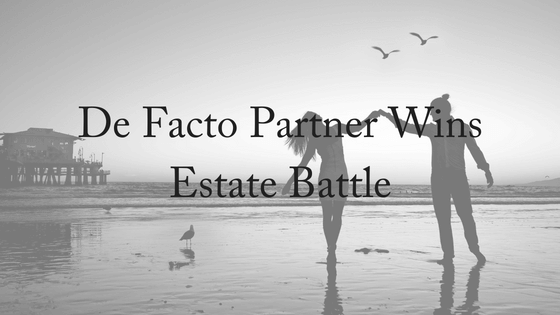 Sisters who said their dead father’s grieving partner was just one of his many lovers have been ordered to hand her £325,000 by a judge in the United Kingdom.

Jane Redmond and Lynn Leberknight denied that Carole Anne Taylor, 70, was due anything from their father’s near £1million fortune after he died in 2014. Although she had lived with James Redmond, a gas safety manager, the relationship was not exclusive, they claimed.

They claimed that Taylor, who their father met at a jive dancing evening in Slough, Berkshire, was only one of his numerous romantic partners. However, after an estate battle over his fortune, Judge Stephen Hockman QC ordered the sisters  who inherited their father’s money  to pay £325,000 to Taylor, saying she was his wife in all but name.

The sisters were also ordered to pay her legal costs, wiping out a large part of their inheritance. The judge said their father  clearly loved’ Taylor, with whom he lived for seven years and who cared for him during his illness.

“There was ample evidence that Mr Redmond regarded Mrs Taylor as his partner, even though she preferred to remain unmarried,” he said.

During the hearing of the claim at Central London County Court last year, the judge heard that Taylor was still married to her husband of 42 years when she met divorcee Redmond at Slough Irish Club. They formed a friendship, but it was not until after her divorce that she agreed to move into his home in Langley, near Slough, in 2007.

Redmond died in October 2014 after a 15-year fight against prostate cancer, sparking a battle over his money. Under his will- written 20 years before the couple met- he left everything to his daughters and, after his death, Leberknight told Taylor she must leave the flat. Taylor moved out but launched a court claim for a share of Mr Redmond’s estate.

Judge Hockman said: “I find it improbable that Mr Redmond in the final months of his life, and in deteriorating health, chose to end a relationship which had provided him with much intimacy and support, with a woman whom he clearly loved, and who returned his affection.” 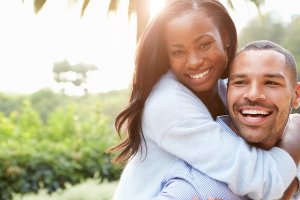 Unlike a marriage, which is a legally recognised union and has implications for estate planning, whether a relationship can be considered de facto can be problematic.
A de facto spouse may have to first prove that they were, indeed, the de facto partner of the deceased.

In some States, the law defines a de facto spouse as someone who was the sole partner of the deceased person and not a partner in another de facto relationship. This includes same-sex couples.

The following issues will determine whether or not a relationship qualified as ‘de facto’:

A will can still be challenged by a de facto spouse and/or children if there was no provision  for them or if they believe inadequate provision was made. This situation is the same as if it involved a married spouse and/ or children.

The de facto spouse inherits everything if there are no children.

Amendments to the Succession Act (QLD) have provided de-facto relationships the same rights as married people in relation to estate planning, with the main focus being children. A stepchild now includes the children of de facto relationships in which the child belongs to one party of the relationship.

However, the relationship does not end if the stepchild’s parent passes away, as the stepparent may be named the legal guardian.

Sections 40A (2) and (3) state that the relationship of stepchild and step-parent stops upon the following circumstances:

The most significant change is the fact that the end of de-facto relationships have similar effects on the will of the couple if it did in the event of a divorce.

If you need assistance with estate planning or are considering entering into a de facto relationship, please contact us today. We offer a FREE, 10-minute phone consultation.