Can A Dependant Contest a Will? 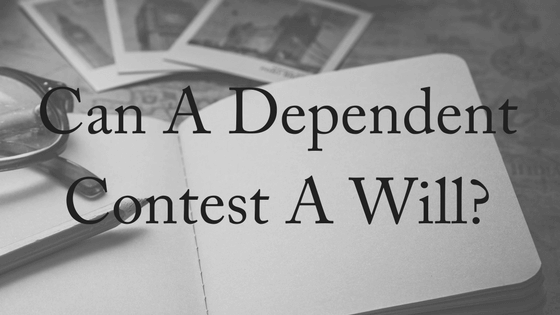 Can a dependant – even one you haven’t seen in years – contest your will? 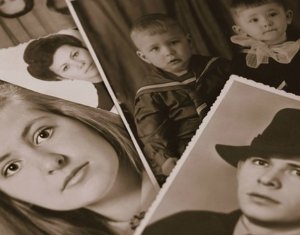 In Sydney, Josephine Di Mauro, a 60-year-old cook in a “modest financial position”, was entitled to claim $100,000 out of her father’s $1.7 million inheritance after nearly 22 years of no contact, the Supreme Court of NSW said in a decision handed down in 2015. Josephine had moved out of home in 1991 to marry but her father declined to give her his blessing. She testified that she tried to re-connect with her father over the years on birthdays and at Christmas, but he would hang up on her. In 2004, her father Rosario specifically wrote Josephine out of his will.

“I do not wish to gift anything to my daughter … because I feel that she has not shown any love or affection towards me nor the respect which I feel that a parent is entitled to during the last years of my life,” the father said in the will. In court, she testified that when she was living at home, her father, a Sicilian immigrant, was brought up in the “very traditional Sicilian manner” where female children are regarded as “second-class citizens”. She said she “gave up part of [her] life to be treated as a slave” by her brothers and father.

Ruling in favour of the daughter, Justice James Stevenson found that even though Josephine had been estranged for nearly 22 years, she was entitled to some of his inheritance.

The court found to a certain extent, she “gave up part of [her] life” to care for her father and her brothers, doing most of the cooking, laundry and other domestic duties before and after her mother passed away. However, because of the poor relationship between Josephine and the father, she was awarded only $100,000, about a quarter of what her younger brothers would receive. The younger brothers, the court found, were in constant contact with their father and provided help to him as his health deteriorated in the later years.

In a different case, two Sydney sisters who asked a court to give them access to their late uncle’s inheritance that had been allocated to his stepson could not even prove they had exchanged Christmas cards. Sandra Payne, 72, and Diann Miller, 70, applied for a portion of the estate of their uncle, Mervyn Vincent Sheehan, who died aged 86 in 2013, leaving $4.6 million. They told the court that Mr Sheehan had said he would look after “you girls when the time comes”. 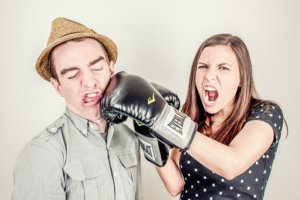 They argued that their uncle’s stepson, James Ryan, who inherited all of Mr Sheehan’s estate, did not need the extra money because he was a widower aged 75 while Ms Payne was receiving a pension. The sisters and their uncle lived together in the same house, along with other family members, in 1946 and 1950 when they were infants, but had not lived in the same house since.

NSW Supreme Court judge Peter Young rejected the sisters’ argument and ordered them to pay the other side’s legal costs. “Merely because the beneficiary is a rich man is no strong reason why a testator should make provision for people who were not that close to him during his life and made absolutely no contribution, as is acknowledged, to the fortune he amassed,” Justice Young told the court.

He rejected the sisters’ argument they had a close relationship with their uncle. He noted in particular that the younger sister could not produce one piece of paper or photograph that showed the family connection despite her claim they exchanged Christmas cards.

Why was One Dependant Successful?

The difference in the two cases come down to who can successfully contest a will in New South Wales. These persons are listed in Section 57 of the Succession Act 2006 (NSW). The following persons are eligible to make an application to the court for an order for provision or further provision:-

A parent, sibling, step-child and former de-facto spouse are not expressly listed as eligible persons. However such persons may be eligible under category (e) if they lived with the deceased and were dependent on the deceased. In the first case, Josephine successfully claimed a provision of her father’s estate because as his child, she is eligible to ask for further provision from the court.

In the second case, the nieces tried to claim that they were dependants of the deceased but couldn’t produce evidence to prove this. Lawyers for the step-son said this case sends a “strong message” for opportunistic individuals trying to claim a stake on their relative’s wealth, because the judge ordered the sisters – one on a pension – to pay the other side’s legal costs. “They were really quite opportunistic in bringing the claim because they hadn’t lived with him for 60, 70 years and they led very separate lives,” he said.

If you have any questions about an estate, whether you’ve been cut out of a will or want to know how to structure your own will, please contact us today. We offer a free, 10-minute phone consultation.