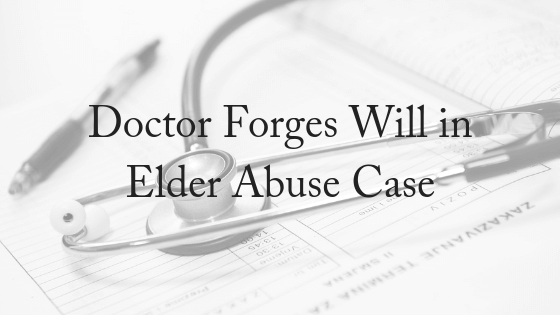 In the United Kingdom, a consultant psychiatrist sent by NHS bosses to assess an elderly widow in west Cumbria, took control of her finances so that she and her family could inherit the bulk of the pensioner’s £1.3m estate, a jury heard.

The court heard how Alemi, employed as a locum consultant psychiatrist by the NHS in Workington, abused her trusted role so that she and her grandchildren could inherit the widow’s estate.

Gillian Belham, 84, owned her home in Bridekirk, Cockermouth; and also a bungalow at Chestnut Park, Keswick. The frauds came to light as police investigated a claim that Alemi had stolen 33 watches which had belonged to Mrs Belham’s late husband.

The pensioner first met the defendant in February, 2016. At the time, Alemi worked for the Workington based NHS service Memory Matters. Concerned staff at Workington Community Hospital referred the pensioner to the service and Alemi was asked to assess Mrs Belham’s mental capacity.

The psychiatrist did this as she visited the widow at her home – but only four months later she had taken control of all of the pensioner’s finances in order to perpetrate the elder abuse.

By May 15, 2016, Mrs Belham’s will had been changed so as to appoint the psychiatrist as the executor of her estate and to make her the principal beneficiary under the will.

The redrafted will said that Alemi should inherit one of the pensioner’s two properties, the Keswick bungalow, and £300,000, while her grandchildren would get the cash from the sale of her main home.

Mrs Belham’s family had been entirely written out of this redrafted will, the court heard, which was clearly against the elderly lady’s wishes.

A conservative estimate of Mrs Belham’s financial worth was about £1.3m. The prosecution say that the doctor targeted Mrs Belham because she did not have children or close family members to challenge the will. Had the theft of the watches not been picked up, she and her family would have inherited the bulk of the estate.

The prosecution told the jury: “You will see how the defendant swept into Gillian Belham’s life in February, 2016, pretending to be her friend, exploiting this elderly lady’s trusting nature in order to delve into her financial affairs.

“Paradoxically “it was an investigation into the comparatively trivial theft of a collection of watches that was to be the defendant’s undoing.”

“The prosecution say the defendant exploited her role as a psychiatrist and the trust that her position engendered,” said the prosecutor, arguing that Alemi would meet any challenge by blaming the pensioner’s confusion.

When she was interviewed by police, Alemi claimed she had known Gillian Belham for several years, but the pensioner contradicted this. She said she had only known the psychiatrist for four or six months. 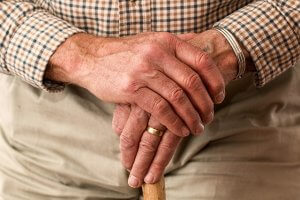 Elder Abuse On The Rise

Kristy Mackie, chairwoman of the Queensland Law Society Elder Law Committee, says that the problem of elder abuse will become worse as the population ages, without legislative ­reform and better protection for victims.

Financial elder abuse occurs when family members or caregivers (or others known to them) try to gain control of the older person’s financial resources to use them inappropriately. Sadly, a member of the victim’s family is responsible for elder abuse in 86% of cases.  The most common perpetrator of financial abuse is the adult children of the older person. Other trusted friends and acquaintances can also perpetrate elder abuse – just as the doctor did in the case in the UK.

“The victim is often depending on the perpetrator for care and placed in a position where they have to chose between protecting themselves from further abuse or destroying a family relationship,” says Ms Mackie. Ms Mackie said the increase in abuse was also linked to the ease of getting a carer’s pension, with families moving in with elderly ­relatives so they could get free rent and receive government money.

At Estate Battles we believe it’s important to protect seniors against exploitation and abuse. We can help with the unique legal issues older people face, including cognitive deterioration, unscrupulous influence and elder abuse. For a FREE, 10-minute phone consultation with one of our elder law specialists, please contact us today.