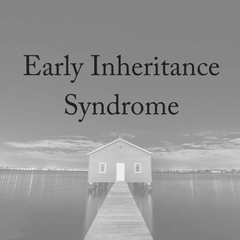 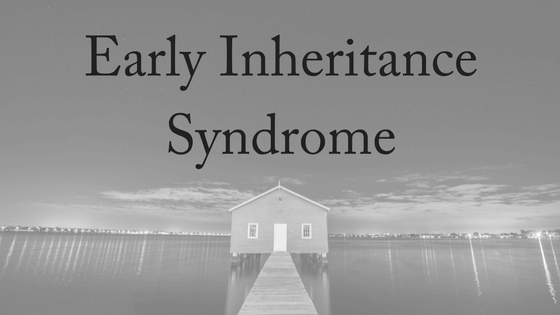 Early inheritance syndrome is just one of the ugly faces of financial elder abuse. Also called ‘inheritance impatience’, it is becoming a more common issue in a society where elder abuse can be quietly sanitised or played down by seemingly normal family members.

This longing for receiving (or in many casing taking) your inheritance early is one of the drivers of financial elder abuse.  Early inheritance syndrome can get very ugly, very quickly, and it becomes outright criminal behaviour. And it’s happening right here in our own backyard, particularly in relation to buying property.

In Western Australia, property-related elder financial abuse is becoming the most common form of elder abuse.  Greedy children are  “extorting” their parents into becoming guarantors for their 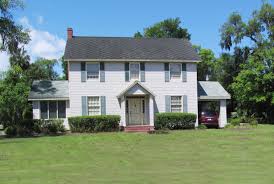 home loans against their will. Dr Eileen Webb, a UWA law lecturer has conducted research on the issue of the children suffering from early inheritance syndrome. She says, “They have a sense of entitlement. They see parent’s homes as an asset that has already been paid off and think because they will eventually inherit it they deserve it now. That might be through making their parent a guarantor to a home loan after sinister threats or even selling their property without their permission. One woman came out of hospital to find her children had sold her home without her knowledge and she was homeless.”

[Tweet “Greedy children are “extorting” their parents into becoming guarantors for their home loans.”]

Chief executive of Advocare, Greg Mahney, said that he had seen cases where children and grandchildren had threatened to “kill the cat” or “kick the dog every time they visited” if their parents did not become guarantors. So then it’s not just financial elder abuse, but emotional and physical as well.

Although the final decision of the High Court in Wellington was not one of financial abuse against a couple who had spent most of a family inheritance before the father had died, there was found to be an abuse of position.

Judge Rhys Harrison said it was not a case of undue influence because Ashley Vernon had been given power by his father and had not had to pressure him over the transactions. But what had arisen was a breach of fiduciary duty arising through his control of the accounts, neither exercising care, nor avoiding conflicts of interest, the appeal judge found. Ashley was aware of the provisions of his father’s will and set about fore-stalling the possibility of receiving only half the estate, by transferring almost all of it to himself, he wrote. “That is sufficient to show Ashley must have known his actions were dishonest. He cannot have honestly believed that when entrusted with the power of protection of his father’s property he was acting in Kenneth’s interests in spending all Kenneth’s money on his own needs,” said Judge Harrison 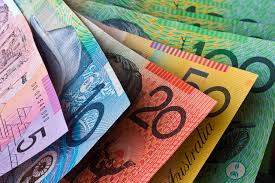 When Kenneth Vernon moved in with his son and daughter-in-law, he had assets worth about $330,000.  He moved in with Ashley Vernon and his wife, Beverley, after needing care because of deteriorating mental and physical health after losing his wife and another son in a 5-month period. Ashley was made power-of-attorney.

Half of the estate of Kenneth Vernon was to go to his grandson, Dante Pauwels-Vernon, 19, but when Kenneth Vernon died there was only $1400 left. The Public Trust sued the Vernon’s for the inheritance money they had spent on things for themselves and their immediate family over the 6 years since Ashley had been made power-of-attorney.  It included $17,000 to buy a car, travel to Australia and two cruises, wedding expenses and a $50,000 loan to their daughter. Vernon was found to have forged four cheques using his father’s name including to buy the car and an extended warranty for it for him and his wife, he also transferred $46,500 to the couple’s account, and paid $5000 on their credit card- leaving nothing for Pauwels-Vernon.

Both the Vernons were ordered to replenish the estate with $280,354, plus interest and costs.

Financial elder abuse can start with good intentions.  An elderly parent may ask an adult child to act as their power of attorney and look after their finances.  Problems arise, though, when the adult child develops a sense of entitlement.  Actions are often justified with ”Mum doesn’t need money now, and it’s going to be mine anyway.”  Because there is so little data on this type of crime, it is often silent and unacknowledged, and the older person is unaware of what’s going on or is reluctant to report the crime. This issue seems to arise particularly in families where a child has a mortgage or other debt to pay off.

As an older person’s vulnerability increases, they become more dependent on family for their well-being and keeping their affairs in order. They are more likely to say ‘yes’ to financial decisions they may not be comfortable with because of a desire to keep the relational peace. Children may end up making decisions that are more focused on money, rather than their care of the parent concerned, particularly as early inheritance syndrome takes hold.

Estate Battles suggests that Family Agreements may be a good way to avoid family conflict and deter the likelihood of financial elder abuse.  They are legal documents that help to make clear any informal arrangements between elderly parents and adult children. It might be a document that spells out how a live-in carer can be recompensed in the parent’s lifetime rather than in an unequal will.

Choosing more than one power of attorney can also be a wise more for elderly parents – including one who is not a relative.  Prevention involves a lot less heartache for all concerned and can protect family relationships and stop devastating asset loss for the elders concerned. In this case, selecting a professional can ensure that each decision is made objectively and with the older person’s best interests in mind, avoiding early inheritance syndrome and the loss of the estate’s assets.

[Tweet “It’s important to protect seniors against exploitation and abuse.”]

Elder financial abuse is the improper or illegal use of an older person’s funds, property or resources. Our estate lawyers believe it’s important to protect seniors against exploitation and abuse. If you would like to speak to one of our experienced estate lawyers then please contact us today. We offer a free, 10-minute phone consultation.