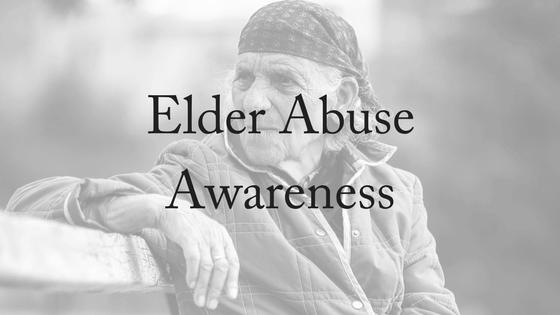 Elder abuse awareness is one of the most important tools in combating this insidious form of violence, manipulation and coercion. Elder abuse occurs in multiple forms. The signs usually go unnoticed and the victims are threatened to stay quiet, which is why elder abuse awareness is so important. The statistics are shocking, with around 450,000 Australians experiencing elder abuse over the age of 65. In most cases, the carers of the elderly are the ones initiating the abuse, and a large majority of these never receive punishment. This can be due to the need for carers or the fact that people are never told about the abuse occurring behind closed doors.

There are many horror stories of elder abuse, and to better prevent these crimes is to have a sound understanding of what exactly is elder abuse and improving elder abuse awareness.

Elder Abuse Awareness: What It Is 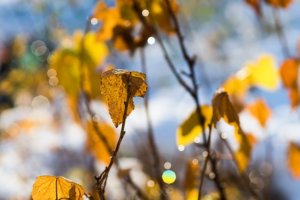 Elder abuse occurs in many forms, including financial, psychological, physical, social and sexual abuse. Financial elder abuse is the illegal use of someone else’s funds and it mainly occurs without consent. Financial abuse can include stealing money, forcibly making someone give them money, borrowing money and never repaying the loan and even selling their belongings without consent.  Financial abuse is most common type of elder abuse among the elderly as it is usually the older generations with the most assets. The most common perpetrator of financial abuse are the adult children of the older person, usually an adult son, but can also be perpetrated by friends, neighbours and carers. Elder abuse awareness helps the older person’s loved ones to recognise when financial abuse might be happening.

Sexual abuse is the act of sexual activity without consent. This can include inappropriate touching to extreme cases of rape. However, examples of sexual abuse can also include crude comments and forcibly making someone look at or watch inappropriate scenes. This form of abuse can be considered embarrassing and isn’t necessarily discussed, but elder abuse awareness can help bring this kind of abuse out of the dark.

Social abuse is a different form of abuse and isn’t necessarily seen or discussed about as much as other forms of abuse. Social abuse is when a carer or person may isolate the elderly person. They can limit contact with loved ones such as answering phones, access to transport, ability to leave a room and intentionally embarrassing the victim in front of other people. Psychological abuse is different again, and involves the mental abuse of someone. Examples can include threats, manipulation and verbal abuse. If there is one message of elder abuse awareness, it’s that all forms of abuse is completely unacceptable and should not be tolerated.

Elder Abuse Awareness: This Is How It Happens

Recently, multiple cases have been made public which show just how insidious the issue of elder abuse can be. Mairead Tansley completely neglected her victim and left the dementia sufferer emaciated, dehydrated and delirious. She siphoned large amounts of money from the victim’s bank account. Her treatment of the victim led him to be hospitalised, where he died four months later.  Sandra Lund physically assaulted a patient who suffered from dementia, kicking her leg and biting one of her fingers. Christina Sethi sexually assaulted three victims, recording her assault and sending the images and videos to her boyfriend. More than 99 per cent of those responsible for mistreatment of pensioners go unpunished, according to the charity’s analysis of official crime figures. There were just 3,012 successful convictions between 2015 and 2016. The CEO of charity Action on Elder Abuse Gary Fitzgerald says: “Elder abuse has nothing to do with low pay, status and education. It’s about personal values and attitudes. The threshold to get into this line of work is far too low — so we are allowing unsuitable staff, without the necessary empathy, access to very vulnerable people.” 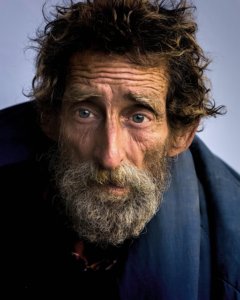 As a loved one, you may wish to prevent the effects of elder abuse. However, you may not always understand or see the warning signs. Each case can be extremely different, and if you think someone you know may be experiencing elder abuse, you should report the crime immediately. If you think financial abuse is possible, seek legal advice immediately to prevent further loss of assets. In an attempt to better understand the cases of elder abuse, the signs can include:

It is important to seek help if you worry that someone may be experiencing elder abuse. There are many more warning signs and seeking legal help or inquiry with the police can assist you in understanding the case.

Contact us today if you think a loved one is experiencing elder financial abuse. We offer a free, 10-minute phone consultation.