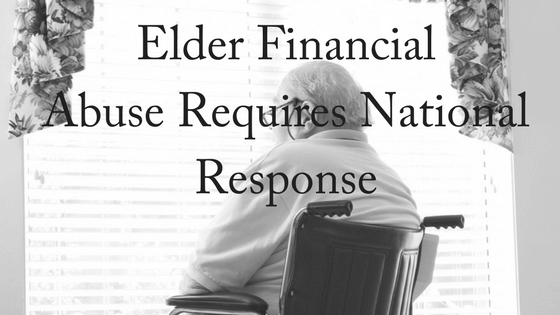 Australia’s Age Discrimination Commissioner, Susan Ryan, has warned that a national response is required in order to prevent skyrocketing rates of elder financial abuse at the hands of family and friends. “A lot of older people don’t see it coming,” she said. She notes that older Australians are vulnerable to family or friends asking for a loan or loan guarantee that they never repay. They could also be persuaded to transfer their home to a son or daughter, on the understanding that a granny flat or care might be provided – and then be left destitute. 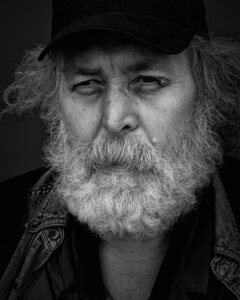 “This terrible, destructive behaviour attracts too little attention,” she says. “We need to focus on it much more strongly if we are going to develop more effective protections.”

It is difficult to gather reliable data on the prevalence of elder financial abuse, as it is vastly under-reported. In 2013-14, 29 per cent of 2236 calls to the Seniors Rights Victoria helpline were for financial abuse.  Monash University research commissioned by legal and financial services organisation, State Trustees, found that up to 5 per cent of Australians over 65 have experienced financial abuse. It also found women over 80 were most at risk and children were most likely to be the perpetrators.

Ms Ryan also cites World Health Organisation data that estimates one in 10 older people around the world experience all forms of elder abuse each month. But this is likely to be a low figure, as only one in 24 cases of elder abuse is reported. Elder financial abuse involves the taking or misusing of an older person’s money, property or assets by someone in a position of trust. It includes:

Elder Financial Abuse Is Happening in a Suburb Near You

In New South Wales, a Royal Commission held an enquiry into elder financial abuse and has heard harrowing tales of the abuse inflicted on older Australians, predominantly by family members. Many are similar to this one, recounted by the NSW Elder Abuse Helpline and Resource Unit:

The old man was grieving the death of his wife. At a vulnerable time and age he gave his son power of attorney. Perhaps he was relieved when the son sold the house in regional New South Wales where he had lived with his wife for decades and moved him into a granny flat. Perhaps he was comforted by the thought he would be close to family and cared for.

The man, who is in his 80s, could not have imagined what was to come: his daughter-in-law subjects him to a tyranny of verbal abuse, constantly demanding money and threatening to boot him out. The son, who travels frequently for work, has refused to participate in mediation. The old man’s house sold for $470,000 but the money has disappeared and he has no resources to move elsewhere. But he doesn’t want to leave: he’d lose contact with his grand-kids then, and the family dogs. They’re his main company now.

“He feels trapped because he doesn’t want to break up the family unit,” says Cathy, one of five women who works at the NSW Elder Abuse Helpline and Resource Unit, which received more than 1500 calls in the 2014-2015 financial year. The old man has regularly called the helpline in the past year. Sometimes, he has suggested suicide might be his only option. “That’s how distraught it’s left him.” 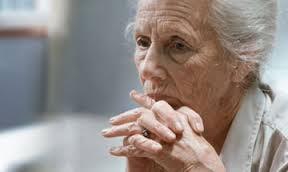 Another documented example is the death of William Anderson. In late 2014, Kerry Forrest, then 54, was found guilty of murdering an 84-year-old man in 2010 by giving him a lethal dose of morphine. The pokies addict had moved in with William Adamson in 2009 after the death of his wife. She became increasingly involved in Adamson’s financial affairs, eventually gambling away hundreds of thousands of dollars – the proceeds from the sale of his house.

Other situations that flare up commonly include: the money borrowed and never paid back, fraudulent outings with a parent’s credit card, the surreptitious raids on bank accounts, the misused power of attorney, the granny flat that turns out to be a financial booby trap.

Why is it so under-reported? Many victims of elder financial abuse are of sound mind but that on its own offers little to no protection against an abuser. In the underworld of family life, it’s a tangled skein of hope and obligation, loyalty and entitlement, love and righteousness, fear and power. Victims rarely speak up, fearing retribution such as exile to a nursing home if they do. But it’s not just fear of a future filled with pureed muck and dribbling companions. Embarrassment often keeps victims quiet. Says Kerry Marshall, the manager of the NSW Elder Abuse Helpline and Resource Unit: “They’re just devastated and absolutely ashamed that their children have done that to them. They say, ‘I didn’t raise my children to behave like this’.”

It goes without saying that the presence of illness contributes to an older person’s vulnerability. Someone with dementia or other health issues might not have the capacity to seek advice or assistance, even if they are able to recognise that the way they are being treated constitutes abuse and/or neglect.

At Estate Battles, we take financial elder abuse very seriously. If you suspect this is happening to you or a loved one, you should contact us immediately for legal advice. In the mean time, ways you can protect a loved one from abuse include: