Elder Self-Neglect: How To Prevent It 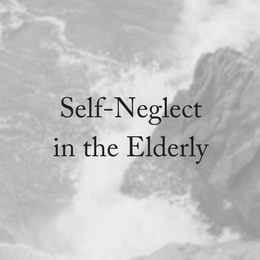 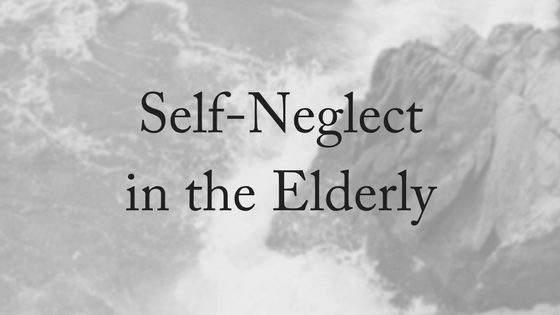 While we may hear about how elder abuse is a growing issue with growing community awareness, and rightly so, an issue which we may not be so aware of is elder self-neglect, and yet it is a considerable concern.

If we want to safeguard our loved ones and care well for those who are more vulnerable in our community then we need to understand elder self-neglect and the risks and symptoms. It is a largely hidden problem that is much more prevalent than you may realise.

How Common is Elder Self-Neglect?

The National Association of Professional Geriatric Care Workers conducted a survey which found that elder self-neglect overtook any physical incidences of abuse by others.

[Tweet “92% of care managers said elderly self-neglect was a significant problem in their community.”] 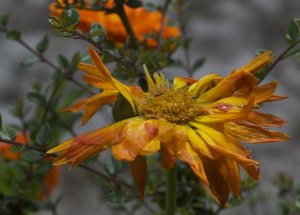 The care managers included some of the tragic stories of elder self-neglect they encountered. Here are some of them:

“…Senior was living alone and unwilling to accept help because she said ‘nothing is wrong.’ She had weight loss of 20 kilograms, mail piled up, and bills unpaid despite saying she was ‘going through my papers.’ There was wet underwear from urine hung up to dry (not washed out). She was forgetting to take her pills. BUT, THE CAT IS ALWAYS FED!”

“A husband and wife both had dementia. The husband had always been in charge, and at one time had been quite capable. When I met them, his dementia was significant enough that he could no longer effectively and safely run the household and neither one of them realized this. Huge hoarding issue with papers, magazines, books, computers…beautiful house was FULL of stuff, so much that it was challenging to walk through. Husband had frequent falls. Neither was cooking. They were surviving on muesli bars and Pepsi.”

“78 year-old man with large oozing sores on both shins refused to go to wound care specialist and insisted his podiatrist was handling the problem. We later learned he never went to the podiatrist, instead would sit in his car for approximately the length of time the appointment would have taken, then drive home. He refused to allow son or care manager to accompany him or meet him at the doctor’s office. His legs were usually wrapped in ACE bandages which did nothing to stop the oozing. He later died in a nursing home after refusing wound care.”

Self-neglect comes in a variety of scenarios. Some elders stop taking their medications, others cease cleaning their home, still others stop bathing and grooming. A study by Rush University found that elders who have a social network that is either lacking or nonexistent are more prone to falling into a pattern of self-neglect.

There are many other risk factors that can cause an elder to stop taking care of themselves, including dementia, depression, disease, poverty and isolation.

The Elder Abuse Prevention Unit in Queensland does not consider self-neglect a form of elder abuse.  Their definition of elder abuse which was developed in the United Kingdom in 1993 by Action on Elder Abuse and one that has also been adopted by the World Health Organisation is this: “Elder Abuse is a single or repeated act, or lack of appropriate action, occurring within any relationship where there is an expectation of trust which causes harm or distress to an older person.”

[Tweet “Self-neglect is not a form of elder abuse but we still need to step in and help.”]

Of course, one of the biggest problems with elder self-neglect is that it leaves them vulnerable to manipulation and exploitation by others, in which case elder abuse would most certainly occur. Typically dementia and isolation are already risk factors for financial elder abuse. Therefore, it’s important to understand what’s happening with your loved one, so that they’re not only well cared for, but also that they won’t fall prey to an unscrupulous person.

Some of the signs of neglect fare the same ones you would see whether it was self-neglect or neglect by people who should be caring for them.

Signs of Neglect Include:

If you notice that an older family member, friend, or neighbor living alone is no longer taking care of themselves there are some things that you can do to help. You might notice that they appear 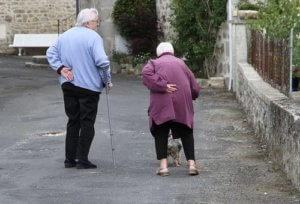 increasingly disheveled, lack basic personal hygiene, or their home may be becoming dirtier and more disordered. In many cases of self-neglect, the older person will refuse to get assistance. However, there are still things that you can do to help.

Our estate lawyers are experienced in dealing with elder abuse issues and understand the complexities of end-of-life planning. To speak to one of our compassionate estate lawyers please contact us today. We offer a free, 10-minute phone consultation.