Estate battles of the famous – what you can learn 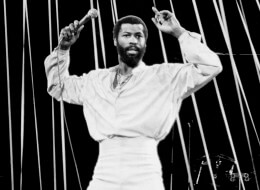 R&B legend Teddy Pendergrass died from cancer in 2010, after surviving a car crash in 1982 which left him a quadriplegic.

His son and second wife immediately became involved in a bitter dispute over his estate. The existing will, which leaves everything to his second wife, was contested upon his son producing a will supposedly signed in 2009 which names him as executor and beneficiary of the will.

During the trial, the judge heard testimony from one of Teddy Pendergrass’s carers that he’d confided in him that he wanted his wife to have his estate, and that his children were to get nothing. Questions also arose as to whether Pendergrass could have signed a new will, given his limited motor skills. The caregiver also said that Pendergrass wanted his children to work for their money, rather than be given it.

The estate battle not only revolved around the assets owned by Pendergrass, but his ongoing legacy and control of the rights to his music.

Ultimately, the judge ruled that the will produced by Pendergrass’s son was ‘fraudulent’ and that his testimony was wholly lacking in credibility. The final ruling gave the estate to Pendergrass’s second wife.

The Duchess of Alba, worth a reported $5 billion, recently died and left her ‘toyboy’ spouse nothing. Her husband, 20 years younger, had signed a pre-nuptial agreement prior to their 2011 wedding amid concerns from the Duchess’s six children that he was more interested in her money. The six children now stand to inherit a palace each and will share the remainder of the $5 billion estate.

But I don’t have $5 billion to fight over

This situation doesn’t just happen to celebrities or the rich – this is an incredibly common scenario. Estate battles between children from a first relationship and a second spouse happen with increasing regularity. Often the children from the first relationship have a legitimate concern: if their natural parent were to die, would their step-parent cut them out of the family assets?

Tweet: Estate battles between children and a step-parent are very common.

In an age of multiple long term relationships and blended families, this tricky scenario often ends up in court.

How can you avoid an estate battle between children from a different relationship and a step-parent?

Careful and flexible estate planning is the only way to avoid a costly estate battle. A specialist in estate planning can preempt these what-if scenarios and make plans to avoid a dispute. The other thing to keep in mind that once the court is asked to make a ruling on an estate battle, the results may be unpredictable and not in accordance with your wishes.