Estate Planning Is A Women’s Issue 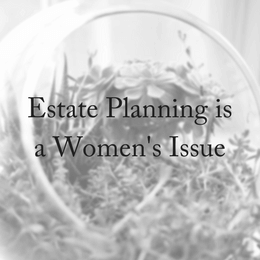 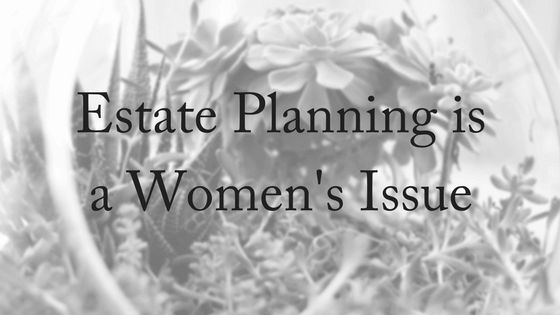 It doesn’t matter whether you’re single, married, young, old, widowed, an aunt or a mother or not – estate planning is a women’s issue. It is particularly a women’s issue as much as it is a men’s issue because women often live longer, but have fewer assets at their disposal.

According to the latest life-expectancy figures from the Centers for Disease Control, women are expected to outlive men by an average of nearly five years. Being told you’ll live a long life is never bad news, but the reality is not all those years may be footloose and fancy-free. “[Five years] doesn’t sound like a lot, but they can be some of the most expensive years because of health and long-term-care issues,” says Lyn Dippel, CFP®, president and CEO of FAI Wealth Management.

Why Estate Planning Is A Women’s Issue

“Estate planning is different for women and men, but not because of anything technical. It’s different because of the psychologically different way that women approach the process,” said Patricia Annino, attorney at Prince Lobel and author of Women and Money: A Practical Guide to Estate Planning. “Women spend all their time taking care of everybody else,” she said. In the process, she said, they forget those flight-attendant instructions. “You must put the mask over your own face first.” Women need to look after themselves so that they are then free to look after others.

Estate Planning Should and Needs to Reflect Gender Equality

In recent decades, women in Australia have made significant strides towards achieving equality with men. At universities, in workplaces, in boardrooms and in government, a growing number of women have taken on leadership roles, forging pathways for other women and girls to follow. 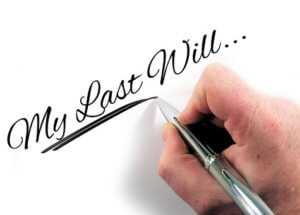 Those pathways have been forged and the way has been made not necessarily easier, but clearer.  Changed attitudes mean that talented and hard-working women like Michellene O. Davis can hold executive positions in a world that was once men-only. She is the executive vice president of corporate affairs for Barnabus Health, an integrated health care provider in the US. What needs to change still is women’s attitudes towards estate planning.  For a lot of women, Annino said, “The keys to the kingdom are on the table and they just don’t understand that and they don’t pick them up.”

Davis had her world shaken before she got her estate planning in order. In a short period of time she had both parents diagnosed with cancer. Although her mother’s cancer is now in remission, her father’s story was very different. “He went from diagnosis to death in three months,” says Davis. “We were told they were going to go in and remove the cancerous tumor and everything would be fine. On the day of his passing, we were discussing his discharge at 9 a.m. At 2 p.m., he was no longer with us.”

Not long afterwards, her sister suffered cardiac arrest after a bout with the flu and died. “My sister left an eight-year-old daughter whom she had been raising since the child was three days old, but she hadn’t completed the adoption process, so that child no longer lives with us,” Davis explains.

“I began to talk with my family about what I wanted for my funeral services and what they should do in case medical decisions needed to be made. Once my sister passed, I immediately formalized my will, worked out a power of attorney, and made sure that my living will was in place.” As a businesswoman who is single and unmarried, Davis says she understood that she had to be definitive about what she wanted to do with her estate so her family would have the necessary guidance to carry out her wishes. These traumatic events were the catalyst for Davis to get her estate planning started and done.

Estate Planning Is A Women’s Issue, So Just Do It

If you are finding the thought of estate planning overwhelming, you’re normal!  The thing to remember is that estate planning is a series of steps and to start you just need to take one. One of those steps might be creating a will. If you have minor children it’s really important to name a guardian in your will to ensure that the person looking after them if you die unexpectedly is the person you choose. Another step might be creating an advance health directive which is a document that specifies your end-of-life wishes. You can even stipulate what you’d like to happen at your funeral. Estate planning is a women’s issue because many women put their own needs last, but in order to take care of others, in this you need to prioritise your needs.

[Tweet “Estate planning is a series of steps and to start you just need to take one.”]

Getting started on your estate planning makes us think about death.  But it should also help us to think about life.  By having an estate plan in place our loved ones are shielded from the conflict 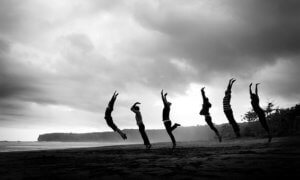 that comes when there is no plan.

No matter how old you are or how much of an estate you have, there are some estate planning basics that are good to have done:

There are other items you can consider as well. An experienced estate lawyer can help you think of what might be pertinent for your particular situation, as well as thinking about the ‘what-if’s’ in the future.

At Estate Battles our estate lawyers offer a free, 10-minute phone consultation. They can speak to you about any of your estate planning needs. Please contact us today!