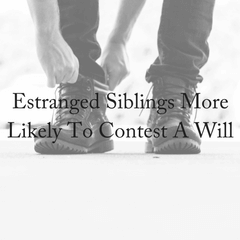 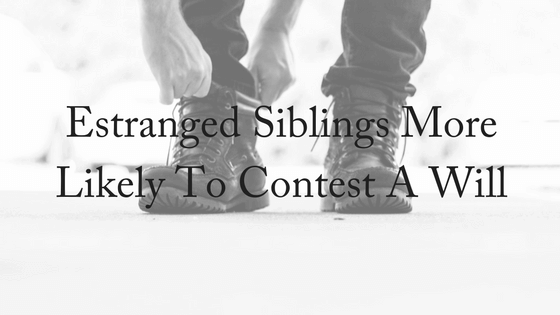 It is more likely for estranged family members, particularly estranged siblings, to fight over their share of the inheritance because of family conflict. The most common scenarios are where step-siblings don’t agree on how the estate should be handled, or where long-held tensions suddenly explode. Where families experience acrimony, estate battles often eventuate.

Three estranged siblings and the sons of a murdered gangland lawyer are suing their uncle for a bigger slice of the $1.6 million estate.  Joseph ‘Pino’ Acquaro was a lawyer for clients linked with notorious gangs such as the Calabrian mafia and Ndrangheta, but was gunned down as he walked towards his car after closing his Gelobar cafe at Brunswick East in the early hours March 15.

Now his sons have filed a writ declaring they want a share greater than 20 per cent of the $1.6 million estate.  Nearly eight months after his death his three estranged sons Alfred, Alessio and Adriano are seeking more than their $320,351 in equated shares. The claim, filed to the Supreme Court, is suing their uncle Massimo Acquaro who is the executor of the will. The sons, all aged in their 20s, had been distant from their father for about three years, but are claiming Mr Acquaro’s estate failed to uphold its duty to support them.

[Tweet “Estranged siblings more likely to contest a will.”]

In this case, the siblings are united in deciding to dispute the will. What happens between estranged siblings? A woman asked this question

…A week after my father was buried, the sale of a house (he owned half) was completed. The executor (my sister) then informed us that during my father’s last days he supposedly signed a note leaving my other sister, his caretaker and co-executor, a much larger sum of money for taking care of him than we had verbally agreed upon, and that the executor had already cut a check for her. The rest of us have not yet to see any documents…. I would like to resolve this in some was without having to go to court — where can I find more information?

In this case, appointing one sibling as executor gives them some power over the other siblings. The executor can have a great deal of discretion over how assets are divvied up. In many cases, difficulties arise over the disposition of personal effects, especially those for which multiple siblings have a strong emotional attachment. Something as simple as Dad’s war medals or Mum’s sentimental jewellery can suddenly lead to family tension as siblings, especially estranges siblings, fight over who should get what. 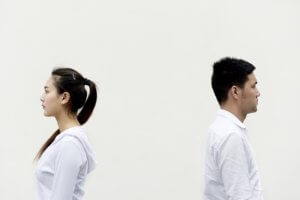 Long held family tensions can explode upon the death of a parent. One man, William, become embroiled in an ugly inheritance battle with his siblings. The decades-long simmering battle took front and center when the  patriarch of the family passed on leaving a sizable estate, a wife with memory loss and three acrimonious adult children.

Prior to his death, the father decided that two siblings would be responsible for the estate and have authority over their mother’s care, and excluded William. Upon their father’s death, William’s siblings, now executors of the estate, sprung into action. Within 14 days of their father’s passing they moved their mother into a senior care facility, put a lock box on the family home and called a real estate agent to represent the sale of the multi-million dollar property.

William was left with the responsibility to prove his mother’s mental capacity and honour her lifestyle wishes. After a protracted legal and mental competency battle, his mother is finally back in her home and able to independently mandate how her money is spent. The three adult children are not speaking to each other.

It is estimated that $30 trillion will be inherited in the next 30 years . The result is a significant percentage of children and grandchildren fighting for what they believe is their fair share of their inheritance while either one or both aging parents is still alive. There are two reasons for this:

Adult children are not sufficiently saving for their own retirement.  They get caught short. A white paper that looked at at lifestyle, financial security and retirement in Australia, found that 17 per cent of respondents said they would have to rely on family inheritance to pay off their mortgage.

It’s further complicated by adult children who feel entitled to their parent’s money. They have lived their lives under the assumption that their inheritance will fund their retirement plans. The property boom has many older people living in million-dollar homes while their kids and grandkids struggle under the weight of massive mortgages. Rising superannuation has meant that we’re creating the wealthiest generation to ever retire.

Geropsychology expert, Aladdin Ossorio, PsyD, suggests this is happening primarily because we live in a money-obsessed culture. “Maximizing one’s financial position is a primary motivator. The opportunity to obtain money overrides ethical behavior around the source of the money,” said Ossorio. Further, he contends that parents play a part in inheritance expectation. “Older adults openly talk to their adult children (and even their grandchildren) about the objects, items and exact amounts of money they want to leave,” he said. This works well until the older adults begin to age, their health suffers and their care needs increase. 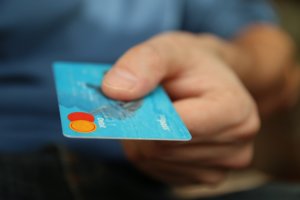 “The total number of aging parents needing support has increased and the amount of time that aging parents need support has increased,” said Ossorio. Suddenly, young families who rely on two-parent incomes to survive are caught off guard. There is no one, nor enough income, for parental caregiving without sacrifice. Thus, warehousing ailing parents feels like the only path to preserve inheritance and minimize the financial impact on their own families.

Add to this the tension and conflict between estranged siblings who can’t agree on how aging parents should be looked after, and it’s a recipe for an estate dispute.

The experts have proffered some solutions on how to mitigate this trend and more importantly avoid these financial and emotional battles altogether.

Parents should have open and ongoing communication with grown children, so their wishes are clear. This also allows for their adult children to be realistically prepared and can plan for their own future appropriately. It’s important to be realistic about the cost of high-care support as people age.

If a sizable portion of an estate will be left to charities or individuals other than children, it’s essential to disclose this decision. Children who find out about other beneficiaries upon a parent’s death can question the intent, or harbor feelings of confusion or anger.

[Tweet “Open communication is one way of avoiding conflict between estranged siblings.”]

Work with a financial advisor, accountant and wills and estates lawyer to create a solid estate plan. A thoughtfully crafted estate plan will take into account those ‘what-if’ scenarios that could happen, and how to deal with these. Your planning should keep pace with changes in your life and financial circumstances. A lawyer who is a specialist in wills and estates can also help mediate sensitive conversations, and more easily discuss the reasoning and technicalities behind the planning.

We offer a free, 10-minute phone consultation. Contact us today for your estate planning or estate dispute needs.