With an aging population, financial abuse continues to be rife as adult children and unscrupulous people take advantage of the elderly, particularly seniors with cognitive impairment.

“There’s no excuse for elder abuse’ is the name of the campaign that has recently been launched by the Queensland Government.  It is targeting the increasing issue of elder abuse that Queensland is not alone in facing.  This campaign has been launched in the lead up to World Elder Abuse Awareness Day on June 15.  Queensland Seniors Minister Coralee O’Rourke says, “Sadly, older people can be vulnerable to abuse, with more than 1,350 new elder abuse notifications in Queensland in 2015 – up from around 1,280 in the previous year.”

Financial Abuse In The Family Home

In the UK, 8.6% of elderly people have experienced abuse in their own home and Australian statistics are not too far below that.  This is in a space that is supposed to be safe.  Families are taking matters into their own hands when they suspect that something is not quite right. One way they are trying to catch out abusers and keep their loved one safe is through the use of covert cameras. This is a controversial issue that many more are giving serious consideration to. Is this protecting the abused or is it actually leaning towards being just another form of abuse by massively intruding on someone’s privacy?

[Tweet “Families are installing cameras to try and catch out their loved ones’ abusers.”] 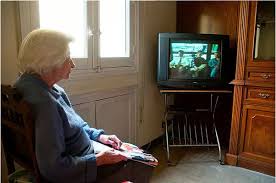 Although the perpetrators of elder financial abuse are often family members (and more often than not a son) or carers, it could also be neighbours, care workers or fake tradesman.  The abuse can take many forms, from very obvious physical abuse to neglect and/or psychological abuse and the most common type of abuse: financial abuse. Financial abuse is the elder abuse often reported, but can be hard to identify and prove. Sadly, it is people suffering from dementia who are often targeted for financial abuse because of their often impaired cognitive function. What’s even more harsh is that when an elderly dementia sufferer raises their concerns we often think they are just confused or have misplaced items. They’re also more vulnerable to scams perpetrated by fake tradesmen or fake professionals.

One son, Simon Berlin, suspected that his mother was a victim of theft. He decided to put a camera in the smoke alarm of his mother’s home to try and find out who it was.  His mother, a dementia patient named Ada, had no idea that she was being stolen from – her son did not want her to worry. The camera revealed that it was his mother’s carer, Deborah Carrigan, who was not only stealing money but also fraudulently filling in work sheets. Simon believes that it’s only because of the camera he had proof that his mother was a victim of theft and the carer was convicted of the crime.

Lesley Carcary, director of Action on Elder Abuse Scotland says, “While I appreciate that surveillance can expose abuse, other less intrusive options can work better. Any vulnerable adult, including anyone concerned about them, can contact their local council who can investigate concerns. In many cases this is likely to be the most appropriate action, rather than an almost vigilante option of taking matters into your own hands.”

Carcary is aware of Simon’s mother’s case and understands that where the financial abuse can be difficult to prove, then the footage can provide evidence that is indisputable.  She says, “I can see the benefits of surveillance and appreciate it may work in some situations. However I’d only support it if the older person (or whoever they’ve appointed to make decisions on their behalf) has full control over its use, there’s a strong reason to suspect abuse, and if there is no other way of resolving the issue. I do think, however, that this debate diverts from the real issue, which is that all older people should have the right to high-quality care, support and dignity, and no one should be living in fear of abuse, degradation or ill-treatment.”

This, too, would be the attitude of most nursing homes – desire to provide high-quality care and support of their residents.  A recent campaign in the UK has suggested that CCTV cameras be installed in all nursing homes. This was after some particularly horrific secret footage taken by and shown on a BBC current affairs program called Panorama. The program was clear in stating that the abuse was only by a very small percentage of staff and that the others were very professional and some very caring, but the abuse was compelling.

This is a very tricky situation that does not seem to have a blanket answer.  Just the suggestion of surveillance can help people’s behaviour improve, but there’s always a corner that won’t be reached and it would be great to have a staff that are intrinsically motivated to care for the people under their purview. 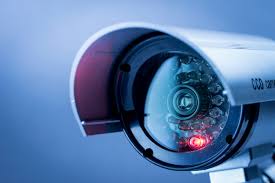 It is not just the staff that need to be consulted about cameras (although 63% in a recent survey were in favour of surveillance) but the residents as well. After all, these are the very people who are already more vulnerable.  Less than half (47%) of the residents were keen on the idea of cameras watching them.  Their biggest concern was privacy and the next was how the video feed would be stored and viewed.

[Tweet “Less than half of nursing home residents were keen on the idea of cameras watching them.”]

Do we really need to be moving to ‘big brother’ mode to care for our elders?  By far the largest group in support of CCTV in the homes were relatives.  A massive 87% are keen for this extra level of reassurance. But if there is no obvious harm taking place, then perhaps this is a step too far – especially for the ones we are desiring to protect.  If in fact they are made to feel more vulnerable because of the cameras, then there’s an irony there we need to pay attention to.

Although we want to put an end to the scourge of elder abuse, each case needs to be examined to make sure that the person we’re protecting is supportive of the way we move forward.  If your Great Aunt June is keen for a camera in her wall clock so you can both keep an eye on those coming into her home, then that sounds like a positive way forward.  If your Dad seems very happy and healthy in his new room and the staff seem to be genuinely caring, then maybe they really are.  Cameras may be helpful sometimes, but whatever the situation our elderly deserve privacy, dignity and respect.

When it comes to elder abuse – particularly financial abuse – early intervention is key. If you suspect elder financial abuse then please contact us today for a free, 10-minute phone consultation.

Call us now or fill in the form below and we will contact you!