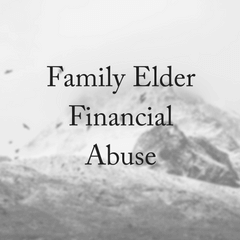 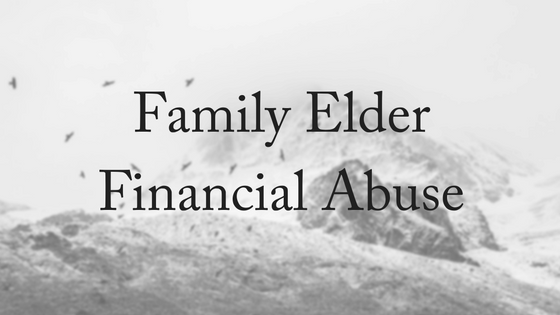 In 1901, 4 per cent of Australians were aged 65 years and older. In 2011 it was 14 per cent and by 2040 it is projected the figure will be 21 per cent. Those over 85 years will be up to 5 per cent of the population by 2050. “With Australia’s population ageing, the potential for elder abuse to affect a significant number of people in the community is very real. It is crucial to look at how we can provide better safeguards for older people from this abuse,” says Rosalind Croucher, president of the Australian Law Reform Commission. A national inquiry by the ALRC has been calling on elderly Australians who have experienced abuse to share their stories. There are a lot of stories to be shared, and communication is key to elder abuse prevention.

Greg Mahney, the head of the Western Australian agency Advocare, said the latest national data shows 1,000 more clients went to elder abuse support agencies last year compared to the previous year. There has been a doubling of cases in NSW and a tripling of cases in Victoria.  These are the cases actually being reported, but the reality is that there are many more that we don’t know about. Council of the Ageing ACT’s executive director Jenny Mobbs said that elder abuse was “still a hidden issue”. This abuse can include physical, sexual, emotional, psychological and financial abuse.

Elder financial abuse is the improper or illegal use of an older person’s funds, property or resources. The World Health Organisation estimates that one in 10 older people experience abuse each month, with financial abuse prevalence rates estimated at 1 to 9.2 per cent.

[Tweet “Elder financial abuse is the improper use of an older person’s funds, property or resources.”] 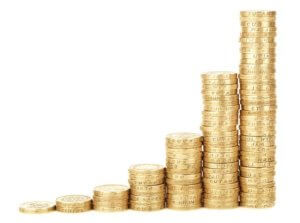 Mary Ciantar from the NSW Elder Abuse Helpline and Resource Unit observes that often psychological and financial abuse go hand in hand.  She says, “If someone is coercing a person to sign documents or threatening to place them in residential care, withholding affection and isolating an older person from their family, friends and activities – that [psychological] abuse allows the [financial] abuse to occur.”

When implementing methods for financial elder abuse prevention, understanding the role isolation plays in allowing the abuse to occur is fundamental.

Analysis by the National Ageing Research Institute of Seniors Rights Victoria’s helpline data shows that recently over a two year period, 61 per cent reported financial abuse and 59 per cent psychological or emotional abuse. The victims are more likely to be women and perpetrators male. According to the SIFMA Senior Investor Protection Resource Center, of the $3 billion in elder financial fraud (in the US), more than half of the crimes are committed by family members or caregivers. The data analysed from Victoria’s helpline showed that almost all alleged perpetrators (92.3 per cent) were related to the older person, with two out of three their son or daughter.

In 2013-14, the Elder Abuse Prevention Unit found a total of $56.7 million was misappropriated from 139 elder abuse victims. This is often the life savings of older people that are never seen again.

Some examples of financial elder abuse include:

Seniors Rights Victoria manager Jenny Blakey says that the exchange of assets in return for care, for example, have the potential to get particularly complicated. ”For most families it’s a good arrangement and it works well because most families really do care for one another and look out for each other’s interests as best they can,” she said. ”And it can be done with good intentions, but things can and do go wrong for various reasons and those are the cases we tend to see.”

One such case involved a woman in her late 80’s, frail and no longer able to maintain the home she and her late husband had built and in which they had raised their three children. So when her son suggested she sell up, give him the proceeds and move in with his family for the rest of her days, it seemed like an ideal solution. Then their relationship soured and so, too, did his promise to provide lifelong care. And he refused to hand back any of the hundreds of thousands of dollars she had given him so she could find somewhere else to live. This is a scenario that Ms Blakey says is quite common.

She says, ”There’s been situations where money from the older person has been gambled away and they only realised when the bank seized the home of the person who has been caring for 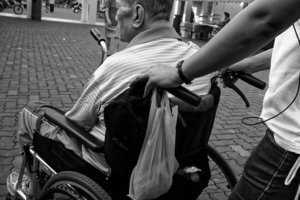 them, where they were also living, so they’ve ended up in their late 80’s or early 90’s homeless.” This is a heartbreaking, but not unusual situation.

Although you cannot account for every scenario, there are some ways in which you can help to protect your elderly family member from financial abuse by another family member (or someone from outside of the family). Elder abuse prevention is all about keeping an eye on loved ones and ensuring lines of communication stay open.

[Tweet “Communication can help to protect your elderly family member from financial abuse.”]

Maintain open communication with the older family member. Have they met any new ‘friends’ who are selling real estate or are unlikely romantic interests.

Take any concerns seriously. Don’t write it off as getting ‘crazy’ in old age.

Watch for changes in older person’s appearance or mood.

Recognise signs of financial abuse, such as unpaid bills or missing money.

The biggest risk factor for financial abuse is cognitive impairment in the older person. Ensure that the correct legal protections are in place. See a lawyer who specialises in elder law if you have any concerns.

If you suspect elder financial abuse then please contact us at Estate Battles. Our compassionate estate lawyers can offer a free, 10-minute phone consultation.  This is an issue that needs to be dealt with quickly for there to be the best outcome possible. Please contact us today.