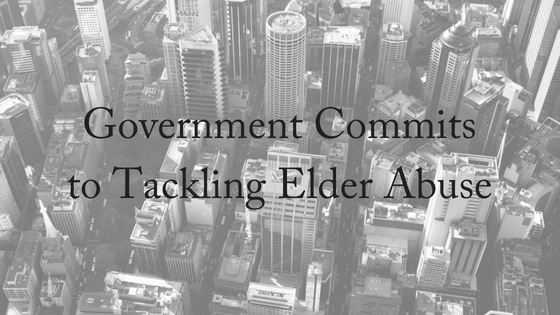 The Turnbull Government has extended its commitment to tackling elder abuse, with a $2 million boost to the Older Persons Advocacy Network (OPAN) as new figures reinforce the importance of the national service.
Minister for Aged Care, Ken Wyatt AM, said the funding would allow OPAN to continue and expand its vital work to support people experiencing elder abuse, whether in the community or in aged care and to advocate for their rights and protection.
“New figures show that OPAN had a combined 1,330 information contacts and cases of people at risk of or experiencing elder abuse in its first year of operation and conducted 285 sessions to educate older Australians and service providers on elder abuse protection,” said Minister Wyatt.
“Preventing elder abuse is everybody’s business because all older Australians have a fundamental right to expect safe, dignified treatment.”
“Estimates of elder abuse range from 2 to 12 per cent. Whether concerns are raised by older individuals, family members, aged care residents, staff, community visitors or government officials, they must be heard and they must be acted on.”
The Turnbull Government created the first National Aged Care Advocacy Program in 2017 and OPAN was established last year to lead the delivery of independent aged care information, advocacy and consumer education services through an existing network of nine organisations across Australia, in each state and territory.
“This new funding builds on the $1 million provided to OPAN to help combat elder abuse over the past year,” said Minister Wyatt.
“OPAN is using the funding to trial a national elder abuse advocacy and prevention model of information, advocacy and education services, based on successful West Australian and South Australian elder abuse prevention programs.”
Key projects include:
“It’s important that we shine a light on any physical, emotional or financial abuse of our elders,” said Minister Wyatt.
“The OPAN services report that the more they make their services known, the more people contact them, who often feel they have nowhere to turn to for help.

“I encourage everyone in need to take advantage of OPAN’s free service, which also includes individual information and advocacy support on all issues to do with aged care.
“Separately, the Council of Attorneys-General, comprising the Commonwealth and all state and territory Attorneys-General, has committed to develop a National Plan to address elder abuse issues, including a study to examine the prevalence of elder abuse across Australia.”

Meanwhile, the Commonwealth Bank is extending its domestic and family violence support program due to customer need, with its helpline receiving about 90,000 calls in the first month.

Initially launched as a 12-month pilot in November 2017, the CBA Domestic and Family Violence Emergency Assistance Program will continue indefinitely as a result of the volume of customers requiring help.

Describing financial abuse as a hidden epidemic, CBA is committing about $20 million in prevention and support initiatives, including training branch staff and financial counsellors in identifying and supporting potential victims.

Financial abuse is most commonly seen here at Estate Battles. It is the improper or illegal use of an older person’s funds, property or resources. We believe it’s important to protect seniors against exploitation and abuse.

What if I suspect elder financial abuse is happening?

Seek legal advice immediately. The sooner you seek help the easier it is to remedy the situation. Once assets are sold or spent, it is unlikely that they can be restored. If you suspect that a loved one is experiencing financial abuse, please contact us for a free, 10-minute phone consultation.