What Happens When You Die?

Do you know what happens when we die?  Although science has come a long way, immortality for our human bodies is not yet an option.  In the meanwhile, we need to get our heads around dealing with the here and now.  The truth is that in our Western society, death has been sanitised and removed from us. So what happens to our loved ones’ bodies when they die? What do you need to do – what process do you follow – when someone dies?

The majority of us don’t want to think about what happens to ourselves or loved ones after death.  It’s not something we really care to dwell on.  Maybe it’s because we’ve seen way too many forensic pathology scenes from ‘Silent Witness’ or heard the sound effects from ‘CSI: Crime Scene Investigation’. Maybe it’s because we’re just a bit squeamish in general and death seems like an abstract concept, especially when we’re healthy and ‘full of life’. But we will all die and many of us will be directly involved in helping to ‘put someone to rest’. You may also have very specific desires about what happens to your body after you die.

[Tweet “One hundred people die every minute around the world.”]

One hundred people die every minute around the world.  That’s 100 deaths every 60 seconds.  Most of those are natural deaths and are given a traditional burial (at least in the West). Funerals, burials and cremations help those left behind to have a sense of closure when their loved one has gone.  It’s a way of showing respect to the person who has died.  That opportunity also allows us a carved out space to remember them as they were – because the body does not remain the same after death. But what happens from when they die, to when we bury them?

There are many different belief systems that offer explanations for what happens to a person’s metaphysical being when they die, but science has shown us what happens to the physical body after death.  Take a deep breath – it smells and doesn’t look pretty.

What Happens When You Die?

Basically, when you die, you change colour. This is because your blood is no longer pumping around the body.

When there is no longer any oxygen to the brain, your neurons stop operations and hormones to regulate the different bodily functions cease being sent out.  Sometimes it take a few minutes for all functions to stop. The muscles relax (including the sphincters) and at this time urine and faeces may be released. Although it is unpleasant to think of your loved one as being incontinent, 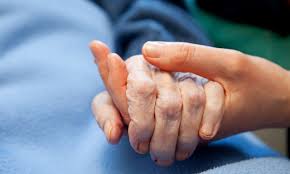 knowing why it happens can ease the distress we might feel, especially if it happens at home.

About 15-20 minutes after death, the body becomes very pale (especially with lighter skinned people). This is because of the lack of blood flow.  Eventually, after a few hours, we see red and purple discolouration at the lowest point of the body from the settling blood. This discolouration reaches its maximum about 12 hours after death.  If time of death is unknown, then livor mortis can help the coroner to approximately decide the time of death.

Rigor mortis is a process that begins to set in during three to six hours after death. It’s the stiffening of the body’s muscles which occurs because of a chemical process that happens when the body is no longer making ATP (adenosine triphosphate).  It’s basically what gives our cells energy, but when it’s not present, a reaction occurs which causes our muscles to contract. The body remains stiff for 24-48 hours, but then becomes flaccid once more.

Unless the body is chemically embalmed, it starts to break down while these other processes are going on. Decomposition involves the breaking down of tissue through chemical reactions and also through microorganisms. It is a process called autolysis, or (brace yourself) self-digestion. Our bodies host trillions of bacteria, most of which reside in the gut when we’re alive.  But as all the other processes which begin after death occur, these gut bacteria start to escape from the gastrointestinal tract and moves through the blood vessels.  This is where putrefaction begins – the very smelly bit – which is the further breakdown of soft tissues into gases, liquids or salts. You may wish to explore this further with the help of Google, but be careful – it can be gruesome.

What Happens After You Die?

While this all may seem a little gruesome, it’s reality.  Reality in our part of the world is also that we don’t usually see a body that has started serious decomposition. Things move fairly quickly after someone has died because of the immediate start to those processes.  You will be given time alone with your loved one, though, if you need longer.  Generally you won’t be hurried along. Most people will die in a nursing home, hospital or at home. Wherever it may be, a doctor needs to sign the death certificate before funeral arrangements can be made. In Queensland it is usually the funeral director who will register the death with the Births, Deaths and Marriages registry – you don’t need to worry about doing that. The funeral home will organise moving the body from the hospital or home.  At the hospital the body will be kept in a mortuary if it needs to be kept there for a couple of days and once at the funeral home they will use various methods to preserve the body until burial or cremation. 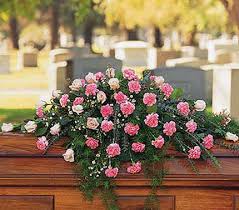 A funeral director can help you to decide what arrangements to make if your loved one did not have any specific wishes in this regard, or you’re unsure of the options. There might be a funeral service, graveside service or memorial service for the traditional options, although different cultures have different customs.  It seems that if you live in a metropolitan area you’re more likely to choose cremation, but regional and country areas tend to choose a burial.  Either way, you’ll then need to inform wider family and friends of the death and the funeral service arrangements.

[Tweet “Having conversations about death can help us move forward with life.”]

Having conversations about can death help us to move forward with life.  If you haven’t had a conversation with your loved ones about what kind of funeral they’d like and any other end of life wishes it can make things harder when the time comes to say goodbye if you don’t have a plan.  What would you like to happen to your body when you die? Have you got your plans in writing?

We can help you to draw up a will that includes your wishes regarding funeral arrangements. For a free, 10-minute phone consultation with one of our estate lawyers, please contact us today.