What Happens With An Unsigned Will? 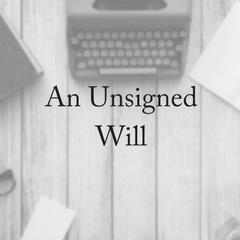 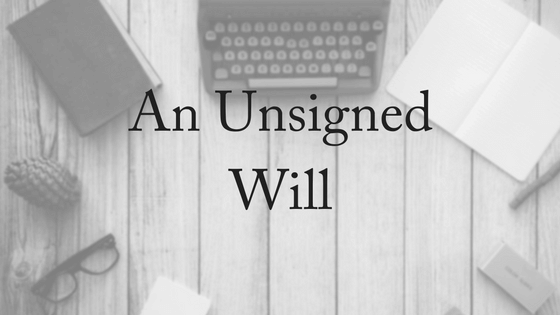 What happens in the case of an unsigned will? You’ve gone to the trouble of writing your will but you might have made the fatal mistake of not signing the will. The law of intestacy usually applies if you have an unsigned will.  For a will to be valid you must make it and sign it.

Danaë Brook found this out the hard way.  When her husband Robin died she had no idea that she would become “enmeshed in legal bondage”. Even now, because of this unsigned will, family relationships are strained and plans are in ruins.

What Danaë didn’t know was that when you marry or remarry then any previous will you had becomes invalid.  She just assumed that as the new spouse (of 14 years plus) that she would automatically inherit Robin’s estate.

When Robin became terribly ill after being diagnosed with cancer, he did start the process of rewriting his will. Danaë says:

We had only occasionally, fleetingly, thought about our wills. Before a car journey, maybe, or when planning a flight. Our priority after our marriage should have been to put our legal affairs in 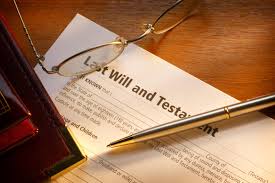 order but, busy as our lives were, this was too easy to overlook. We felt strong together. Unconditional love was our talisman – and we failed to face our mortality.

During the weeks of his illness, Robin had been open with his family about what he wished to put in his will, and we knew there were some who wanted more and were not managing their expectations well. He had warned me people would have different agendas. He knew before I did how it might be for me when he was gone.

But we found it so hard to accept it might be the end of his life that his will – that piece of paper – became like a gravestone we were not yet ready to acknowledge. Because of that, we left it too late.

Six weeks after the night we were told he had cancer, Robin died of a cardiac arrest, his newly written will still unsigned. Within days of his death I found myself on what felt like a battlefield, being fired at from all sides. His best-laid plans were in ruins, and so was I.

An Unsigned Will Means You Are Dying Intestate

When Robin died, Danaë’s joint accounts were frozen because of the unsigned will. This is, sadly, a common situation that people find themselves in. More than half of British adults do not have a will.  A YouGov survey from 2015 says that only 38% of adults have a valid will. That means that the other 62% could die intestate.  While intestacy rules might be somewhat aligned with how someone would like their estate distributed, a will gives you the freedom to choose your beneficiaries and what you’d like to give them from your estate. It also provides certainty to your loved ones about your final wishes, giving them one less thing to worry about during their time of grief. 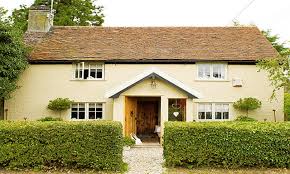 Intestacy meant that Danaë had to give up the home that she and Robin had shared for more than two decades because the rest of the family decided to go the route of intestacy instead of following the unsigned wishes of Robin. Although she did sit down with them to discuss the matter, they chose not to follow Robin’s unsigned wishes. The country home needed to be sold so that the beneficiaries according to the rules of intestacy should share in the capital from it.  Danaë says that she and Robin had intended for her to remain in the family home. If Robin had signed his will, the family would have been required to seek intervention by the court to change his wishes, and the outcome may have been vastly different.

A Will Needs to be Signed

Only in very limited circumstances will an unsigned will receive a grant of admission. This was made clear after a recent decision of the Supreme Court, Smith v Christianson. Although a new will had been prepared for Mr Williams and an appointment made to sign the new will, he died before the appointment. The Court could not be satisfied that Mr Williams intended the unsigned will to be his will so it was not accepted. His previous (signed) will was considered his current and valid will.

In Mitchell v Mitchell the court did grant administration in respect to a will that had not been signed, only because the will-maker had reviewed and said he intended to sign the will just before his death.  At the finish of the drafting of the will, the will-maker decided to take a shower, but died during the shower.

[Tweet “About one-third of Australians die intestate, meaning the law decides how to distribute the estate.”]

Each state in Australia has their own rules of intestacy. About one-third of Australians die intestate, making the distribution of their estate subject to those rules. Although the rules are in place to protect deceased estates and the families that benefit, they do not take your wishes into account.  If you write and sign a valid will then your estate is more likely to be distributed in accordance with your plans.

Our estate lawyers can help you draft a thoughtful estate plan that encompasses not just your will, but other estate planning concerns. Who will make decisions on your behalf if you are incapacitated? Who will look after your children if both parents die? What will happen to the death benefits in your superannuation fund? A specialist in wills and estates knows what needs to be addressed and how to make arrangements.