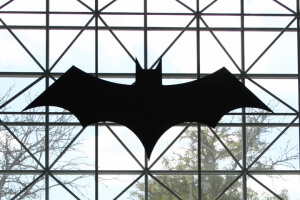 The heir to the DC Comics fortune has contested his mother’s will.

Heir Contests Will Amid Allegations of Fraud

The heir to the $50 million DC Comics fortune, Dr. Robert Schwartz, has alleged in court that his late mother’s lawyer swindled the elderly woman out of millions of dollars.

His attorney stated that: “the story….is clearly one of elder abuse, fraud and undue influence.”

Dr. Schwartz’s mother died in 2013, aged 96, after a battle with lung cancer. Dr. Schwartz alleges that his mother’s longtime lawyer, Dennis Drebsky, took over much of his mother’s affairs as her health deteriorated, including her finances and access to email and phone lines.

Drebsky also helped the widow to sell off assets including real estate and art collection. Over the final 12 years of her life, Drebsky revised her will 28 times, settling on a final version of the will which left him $1 million, plus large commissions and control over a $30 million foundation.

In contrast, the elderly lady’s only child, Dr. Schwartz, was left only $3 million payable over a number of years, with the bulk of the fortune being distributed over a large contingent of relatives and friends.

While Dr. Schwartz alleges elder abuse and fraud, Drebsky counter-claims that the elderly lady used her will as ‘a punishment’ and that her relationship with her son was volatile.

Could you tell if your parent was being unduly influenced?

In cases of elder financial abuse, it is very common for an older person to acquire a new friend or caregiver who takes over much of their lives. What is surprising is that often, this suddenly devoted person is a son or daughter of the older person. After gaining the older person’s trust, it’s a small step to gaining control of their finances, which is when money may start disappearing. It’s also common for the new caretaker to begin looking at ways to influence and change the older person’s will.

Ways you can tell if elder abuse is happening

If you believe elder abuse could be happening to someone you know, it’s important to seek specialist advice immediately.