How Your Children Can Claim On Your Will 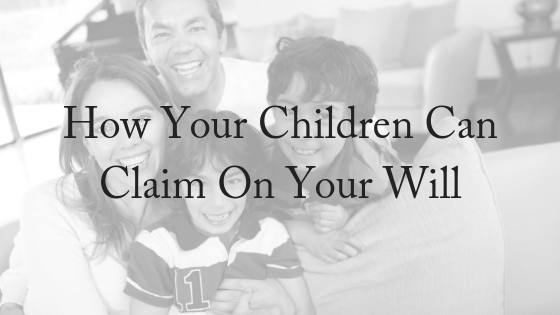 The increasing complexity of families continues to have ramifications for wills and estates law, particularly in answering the question about who can make a claim on a parent’s estate.

In the United States, the Matter of the Estate of Douglas Castellano and the Parentage of Gregory Bock, dealt with paternity issues, divorce, adoption and dying without a will.

In this case, a woman, Elisa, ended a two year relationship with her partner, Douglas, and married a man named Gregory two months later.  Seven months after the marriage, Elisa gave birth to a child, Greg, Jr.  The child was named after Greg, Sr., who was listed as the father on the child’s birth certificate, despite the fact that Greg, Sr., knew he was not the father and that Douglas was well aware he was the father.

When Greg, Jr., was barely three years old, Greg, Sr., and Elisa divorced.  Greg, Sr., was granted visitation of the child and paid Elisa $80 per week in support.  Even so, Greg, Sr.’s relationship with Greg, Jr., tapered off and he only saw the child approximately two times per year until Greg, Sr., died when the child was a teenager. The child only learned the identity of his biological father from his mother at the age of 30. Following that reveal, Greg, Jr., and Douglas had a casual relationship, consisting of occasional phone calls and even fewer visits.  The relationship never blossomed further and Douglas was tragically murdered 8 years later in 2016.  Given his unexpected and untimely death, Douglas passed without a will.

Aside from Greg, Jr., Douglas’ only living relatives were his siblings. When they sought letters of administration for Douglas’ estate, Greg, Jr., filed a caveat which prompted their lawsuit. Under the intestacy laws, if Douglas died with no spouse, no children, and no living parents, his estate would pass to his siblings. If, however, Douglas was found to have descendants (in this case, children) the siblings would not be entitled to inherit. 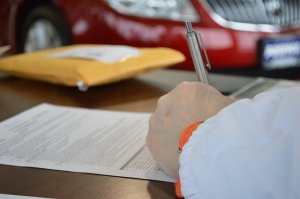 On a motion for summary judgment, the trial court declared that as a matter of law, Greg, Jr. was Douglas’ sole descendant and therefore entitled to inherit from the estate. In so holding, the court found that the only question was whether Greg, Jr., was Douglas’ descendant.  Because a DNA test conclusively established paternity as such, the case could have been rather simple. However, the siblings raised the novel argument that given the statutory presumption that Greg, Sr., was the child’s father, representations about the child’s paternity during Elisa and Greg, Sr.’s divorce, and principles of equitable adoption, summary judgment was premature and improper.

As far as the statutory presumption of parentage, the court found that it was unequivocally overcome by the DNA test.  Moreover, the parentage act was designed to “facilitate the flow of benefits from the father to the child,” and not sever a biological link.

The court boiled down the siblings’ case to the argument that the principles of intestacy should not apply because they had a stronger relationship with Douglas than Greg, Jr., did.  In a wholesale rejection of this argument, the court made plain that the laws of intestacy do not make such an exception simply because one relative knows the deceased better than the other.  The court concluded its opinion with the oft-cited reminder in estate litigation matters that if the decedent had intended a different result than that which the law provides, he could have (and should have) executed a will to that effect.

In Australia, a child born in a relationship outside her billionaire father’s marriage won the right to inherit $6 million. The “secret” daughter of late WA mining billionaire Michael Wright will receive $6.1 million after the Court of Appeal ruled the sum was “proper” and “adequate” to meet her future needs.

Ms Mead was originally left $3 million by her father, who died in 2012 with a fortune reportedly worth between $1.2 billion and $1.5 billion. The court was told he had left his children an estate worth in excess of $800 million. The bulk of the money — $400 million each — was left to his two much older daughters from his second marriage.

The Court of Appeal President Michael Buss said it was not the court’s role to make “what may appear … to be a fair distribution” of Mr Wright’s estate among his children and other members of his family.

The important thing to remember with family provision claims is that the test is not to establish what the deceased intended under the will.

For further information about writing a will or making a claim on a will, please contact us today. We offer a FREE, 10-minute phone consultation.