The Inheritance That Is Too Big

Whether you are leaving an inheritance or you are an inheritor, there are significant issues to think about surrounding the money that you leave or receive. Is there such a thing as an inheritance that is too big?

An Inheritance That Is Too Big? Dream On

Some of us only dream of an inheritance that is too big. Just imagine what we could do with all of that money.  Holidays, houses, jewellery, personal chef, on-demand butler and so on. But money doesn’t always mean happiness. “Money is a magnifier and can enhance problems as well as good instincts,” says Vic Preisser.  Preisser is a founding director of the Institute for Preparing Heirs.  Yes – that’s right. There is an institution “founded for the purpose of research, education and training on family dynamics and wealth transfer to ensure that family heirs are fully prepared to receive and manage assets”.

Unprepared or uneducated heirs are susceptible to all sorts of afflictions, including profligate spending, loss of identity and guilt over receiving money they didn’t earn. “I see a high similarity (among inheritors) to professional athletes and lottery winners,” says Preisser. “In a year to 18 months, everything falls apart — marriage, finances — and if there is a drug problem it becomes worse.”

[Tweet “An inheritance that is too big can often lead to unhappiness.”] 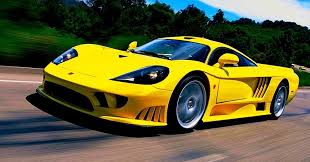 One inheritor said that she was unprepared for her inheritance and it messed with her sense of identity.  The result for Barbara Blouin was that  “I was in hiding most of my life”. There are plenty of celebrity stories of ‘rich-kids’ who have too much time and money and the result is drugs, fast cars, fast living and rehab. These are obvious examples of people with much wealth making choices that are unhelpful, but there would be matching stories for those who inherit money that we don’t hear about either because they are not similarly in the media spotlight or because the issues arising from their inherited wealth are harder to see.

At 21, Chuck Collins inherited a fortune.  He came from a family with great wealth and is the great-grandson of successful meat production company founder, Oscar Mayer. Within 5 years of inheriting his money, the now senior scholar at the Institute for Policy Studies and co-founder of Wealth for the Common Good, donated it all to charity.  “I worried the money would throw me off my course,” he says. “I didn’t earn it and didn’t feel a claim to it.”

He felt that there is such a thing as an inheritance that is too big.

Set to Receive a Large Inheritance? Preparation is Key

Preparation is needed for inheritors to cope with their new found wealth.  Communication between the person leaving the inheritance and those receiving it is part of that preparation.  Having a financial advisor or solicitor help an individual to think through their concerns about creating an inheritance is very wise. Everyone is different, with varying circumstances and issues that they face. There is not a one-size-fits-all for a perfect estate plan. Having a specialist who knows and understands your particular desires and family concerns is very helpful in designing an inheritance that will benefit and not hinder your heirs.  A good thing to remember is that you can revise your plans at any time if circumstances change or particular needs arise.

[Tweet “You’ll want to design an inheritance that will benefit and not hinder your heirs.”] 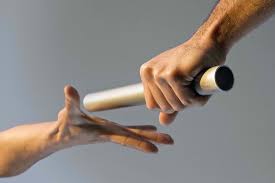 According to a study by the Boston College Social Welfare Research Institute, the transfer of wealth in the US from 1998 to 2052 will amount to at least $41 trillion and could be as high as $136 trillion. That’s a lot of money being passed on to a lot of people who may or may not be equipped to handle that money. It’s good to be thinking about how best to pass that money on so that your heirs are not overwhelmed by an inheritance that is too big. It may be that it’s wise to pass some of it on now, not just to help your children in current circumstances but also for tax purposes.  Maybe one of your children has a huge student debt that you could help them to pay off now.  If your child has a huge gambling problem, then it might be unwise to give them a lump sum, but setting up a well-managed trust could be a good option.

Choices Need to Be Made

Recently, Mark Zuckerburg and his wife, Priscilla Chan, announced in an open letter to their newborn daughter that they will donate 99% of their Facebook holdings, valued at $45 billion, during their lifetime to create the Chan Zuckerberg Initiative, which will seek to “leave the world a better place for you and all children.” They are some of the very wealthy choosing to give most of their money to charity so that their children are not burdened with too much money. Sting is another who agrees with this way of thinking. In a recent interview he said about his children, “I certainly don’t want to leave them trust funds that are albatrosses round their necks. They have to work. All my kids know that and they rarely ask me for anything, which I really respect and appreciate. . . Obviously, if they were in trouble I would help them, but I’ve never really had to do that. . . They have this work ethic that makes them want to succeed on their own merit. People make assumptions, that they were born with a silver spoon in their mouth, but they have not been given a lot.”

Of course, then there are those who for whatever reason don’t want their children to have anything.  One Austrian woman who recently died in a retirement home, at 85, shredded her savings accounts books and cut up almost a million euros into tiny pieces in an attempt to spite her heirs. Unfortunately, it didn’t work. Her heirs will be having the last laugh though because Austria’s central bank will replace all of the cash.

Whatever inheritance you have to leave, we can help you to think through an estate plan that is tailored to you and your family’s particular needs. We offer a free, 10-minute phone conversation with one of our experienced estate lawyers.  Please contact us today!