Invalid Will: Proof Of An Unsound Mind? 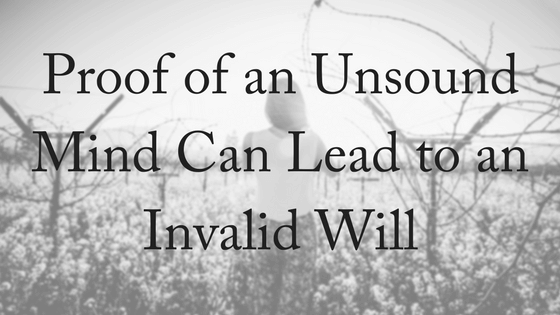 Does an invalid will always mean that the will-maker has an unsound mind, or lacks testamentary capacity? Mixing certain prescribed drugs with alcohol can have unwanted effects, one of which is that we lose the capacity to make informed decisions. Sometimes mental illness or disease means that at certain times our ability to make sound judgments can be impeded.  Writing and signing a will in a state in which you’ve lost mental capacity can mean that you’ve just signed an invalid will.

Many of us are prescribed various medications throughout our life.  But when they are misused, they can affect us in unforeseen ways, especially if they are mixed with other drugs or alcohol. The decisions we make while under the effects of our particular concoction may be unsound. One of the requirements for a will to be declared valid is that the will-writer is considered to be of sound mind when writing it and when signing it. Failure to meet this requirement may render you an invalid will.

[Tweet “Mental illness or disease means that you may be at risk of writing an invalid will.”]

A Wealthy Widow’s Invalid Will

A wealthy widow’s will has been declared invalid because she may have been on a cocktail of painkillers and alcohol when she made it, a court has heard.

The inheritance stoush, which played out in the High Court at Auckland, laid bare “unhappy differences” between family members, Justice Patricia Courtney said in a March judgment.

Allison Slater and her late husband Paul accumulated an estimated $2 million running a country hotel in England. The pair had no children. Slater was diagnosed with breast cancer in 2011 and made a will splitting her estate equally between her nephews and nieces: Thomas Loosley, Nick Loosley, Kate Powell, Benjamin Powell and Mark Eleveld.

But on April 29, 2014 – nine days before her death on May 8 – Slater met her solicitor, Terence McDell, and told him to draw up a new will awarding the bulk of her estate to Thomas and Nick Loosley. The document awarded between $50,000 and $100,000 to other family members. It was brought to Slater on May 2 and she signed it.

Slater was on painkillers and potentially even alcohol in the lead-up to her death, and had been known to drink “far too much”, Justice Courtney said. “There is a real risk that she was suffering 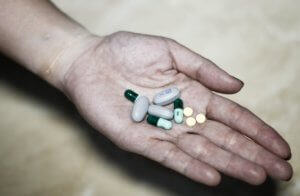 from a level of delirium or from confusion resulting from the toxic build-up of Oxynorm in her system.  Allison was known within the family as a heavy drinker and was drinking as late as … 10 days after being prescribed Oxynorm,” the judge said.

Justice Courtney noted conflicting promises made by Slater to her nieces and nephews in the months prior to her death, saying Slater was affectionate but also fickle and had a “noticeable habit of criticising friends and family behind their backs”. She swung from splitting her estate evenly between her nieces and nephews to saying that she would leave her estate to Thomas and Nick, depending on her annoyance with individuals.

Justice Courtney quoted Slater’s mother, Evelyn Farn, as saying Slater was: “an extremely difficult person – swinging from loving to hating people for no apparent reason and she was easily manipulated by those who knew her well”.

Justice Courtney declared the 2014 will invalid, saying there was evidence Slater could have been suffering from delirium when she signed it.

Mental Illness and a Disputed Will

When businessman Branislav Kostic left $8 million in his will to the Conservative Party, his son Zoran successfully challenged the bequest. His son told the court there was evidence his father suffered from paranoid delusions, which led to him believe Mrs Thatcher would save the world from “satanic monsters and freaks”. A judge said the estate should be distributed according to an earlier will, written before Mr Kostic’s illness, in which he left everything to his son.

Handing down his judgement, Mr Justice Henderson, said Mr Kostic would not have left the money to the Tories if he had been “of sound mind”. He said the decision to leave the whole of the estate to the party was “in part the product of the state of his mind”. Instead he upheld a 1974 will made at a time when nobody disputed Branislav Kostic had full capacity, and under which Zoran was the sole beneficiary.

Her estate largely comprised the family farming business which she had farmed with her son and daughter in law since the death of her husband.

When Doris made her will she was suffering from dementia and experiencing poor memory, confusion and delusions. She required a high level of care and had been in decline from Alzheimer’s since 2001. 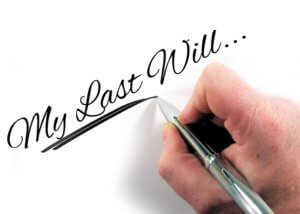 However, although the court accepted there was genuine doubt about Doris’ capacity it dismissed the challenge. Doris may have suffered from dementia and experienced delusions but this did not necessarily indicate a loss of understanding that would put Doris below the threshold for mental capacity set out in the leading case Banks v Goodfellow, which has been the guiding precedent since it was decided nearly 150 years ago.

The judge said he was satisfied that Doris retained her mental capacity beyond 2005. The case further underlines the fact that loss of mental ability is not in itself sufficient to invalidate a will. The diagnosis of dementia and/or a history of significant loss of memory alone will not be enough to establish that someone would fail the Banks v Goodfellow test.

The judge decided that Doris had enough mental capacity to make the will and it fit in with her partnership with her son and daughter-in-law.

Requirements for a Valid Will

This is a basic summary of how to make a valid will, but it is a complex area of the law. Will disputes can arise when there’s a suspicion of an invalid will and the court must decide how to administer the estate.

What is Testamentary Capacity?

For a will to be valid, the testator (the will-maker) must be of a sound mind. Another way of saying that is the testator is considered to have testamentary capacity.

[Tweet “For a will to be valid, the testator (the will-maker) must be of a sound mind.”]

According to the Banks v Goodfellow  test , to have sufficient capacity a testator (will-maker) must:

1. understand the nature and effect of a will

2. understand the nature and extent of their property

3. comprehend and appreciate the claims to which they ought to give effect

4. be suffering from no disorder of the mind or insane delusion that would result in an unwanted disposition.

At Estate Battles our specialists in wills and estates understand the requirements for making a valid will and the steps that need to be taken to challenge a will.  If you haven’t yet made a valid will then we can help.  If you’re thinking of challenging a will please contact us today as strict time limits apply. Our experienced lawyers offer a free, 10-minute phone consultation.