Living Wills: How To Love Your Life 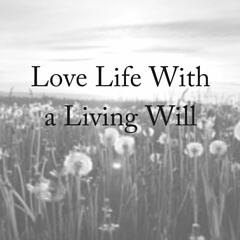 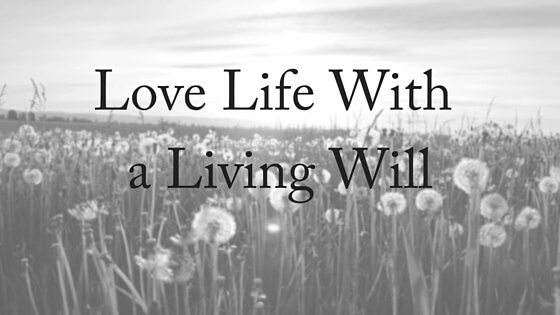 Living wills don’t just need to be about death.  Living wills, also referred to a advance care plans or advance health directives, are actually a tool that can help you and your family to love life.

Kimberly O’Sullivan, a Sydney-based researcher, archivist and journalist in her 50s, says she never knew the advance care directive existed until recently, when she was sent notification that it was wise to make a living will as they do in the US and Europe, even when very young.

Kimberly said that it was a very confronting experience sitting down with the doctor and preparing the document. She said, “I never thought it would go that far and into so much detail. It was stressful, the questions I had to answer, the circumstances I had to wrap my head around … like, if I were in a coma, at what point would I like life support turned off, what if I was going to wake up brain damaged and paralyzed? What degree of permanent impairment are you prepared to live with and at what point not wish to be resuscitated? At what point would living be intolerable for you?”

While we may not have control over when we die, we can have more control over how we die.  At least 50% of all deaths in Australia each year are clinically expected because of advanced disease. Australians with advanced disease will average eight hospital admissions and incur a 60%–70% chance of dying in hospital in their last year of life. If we don’t have an advance care directive (the term used in Queensland) then it’s harder for our wishes to be met for end-of-life care. With such amazing and changing medical technologies it may be that we receive futile or inappropriate interventions, prolonging our life when we’d rather it wasn’t – just when we are unable to communicate that.

Kimberly says: “It’s not euthanasia; rather, it’s when not to prolong life artificially. It’s hard to consider your own mortality or being a burden to family, being impaired and dependent on others for 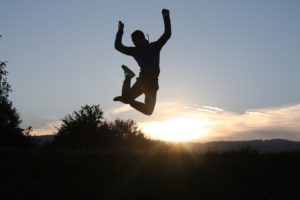 Another aspect that she appreciated learning about was the flexibility of living wills.  They aren’t set in stone and can be modified if we have a change of heart or to keep up with medical breakthroughs. Kimberly says that overall it was a profound experience: “It had a real emotional dimension that I didn’t expect. Sitting there, I just realised how grateful I was for every moment I wasn’t having to suffer such horrible, awful things, and be in good health here now.”  She said the experience is life-affirming: “It makes you want to eat up life.”

A Holistic Approach – It’s Not Just About Your Body

A US organisation called Aging with Dignity started a very holistic version of a living will called ‘Five Wishes’. There is now an Australian version available, but because each state has their own version of an advance care plan, it would be wise to see your solicitor to discuss the document with them.  The Five Wishes version is appealing because if doesn’t just include medical intervention decisions, it includes:

• Wish 1: the person I want to make care decisions for me when I can’t.

• Wish 2: the kind of medical treatment I want or don’t want.

• Wish 3: how comfortable I want to be (what type of pain management you would like, personal grooming and bathing instructions, hospice care).

These are all topics that a specialist in estate planning will already know to discuss with you.

Your Family Benefits From Your Preparedness – or Suffers

Rev L. Ronald Durham, recently retired from his church in America and now helps people at a hospice to prepare their living wills.  “A living will is a gift you give to your family because you take the pressure off them completely. They have no external pressures because you have now delineated completely what you want. It removes any doubt or concerns the family may have.” An advance care directive is not just peace of mind for you, but for your family as well.

[Tweet “An advance health directive is a gift you can give to your family.”]

Andy Miller, whose father recently died at 88 years of age, said it was a very difficult time trying to figure out what was best for their Dad when he and his brothers found out that his dad had no living will. He had many health problems but no terminal illness when he was admitted to the hospital’s intensive care ward where he was mostly unconscious. Miller refers to he and his brothers discussing what their dad might want as he lay unresponsive and hooked up to tubes as like a “death panel”.

Miller said, “My brothers and I had differing opinions on his care through a week in ICU, but eventually reached a consensus. It didn’t come easy.”  Their dad was taken off the ventilator and eventually stopped breathing on his own. Miller said that a document outlining his father’s wishes would have made things a lot easier. 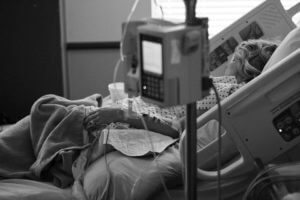 “It’s very important for families to have these conversations on what they want,” said Sally Hurme, a senior project manager at AARP, and also an elder-law lawyer. “These conversations are more important than the legal document. Knowing what their values are, what their preferences are, makes the surrogate’s decision so much easier. ” Miller’s hospital experience was the catalyst for talking to his own family about advance care planning issues.

Not all families are able to come to agreement on treatment if there is no advance care plan.  In February 1990, Terri Schiavo suffered a serious brain injury that left her in a vegetative state.  For the first few years her husband and the rest of her family were in agreement over her treatment, but a bitter battle began after some radical treatment showed no improvement in Terri’s condition. Although Michael Schiavo was appointed as Terri’s legal guardian, when he tried to obtain a do-not-resuscitate order when she became ill with an infection, her family (the Schindlers) fought back in court. It was a long and relationally devastating battle.

Michael Schiavo and two others testified in court that Terri had said, on more than one occasion, that she didn’t want to be kept alive by “tubes” or other artificial means. The court ruled in favour of Michael Schiavo. After this bitter battle over Terri Schiavo’s life which started because she didn’t have a living will, her feeding tube was pulled out and she died two weeks later.  This happened in 2005 – 15 years after her husband had first found her unresponsive on the floor of their home.

Because we love life and want our families to love life as well, it’s important to have these end-of-life conversations and to organise living wills. Please contact us today to have a free, 10-minute phone consultation with one of our estate planning professionals.