How To Lose An Inheritance

Is it possible to lose an inheritance?

The answer is there are many ways in which you can lose an inheritance, particularly if there are unscrupulous people given authority over the estate. Two recent cases highlight this point.

Nephew Stands to Lose An Inheritance

A nephew lost his entire share of an estate due to his aunt and uncle spending the whole amount. An elderly man was made a “pauper” during his lifetime, as his son spent his money and deprived a teenage nephew of his half-share, a judge says. 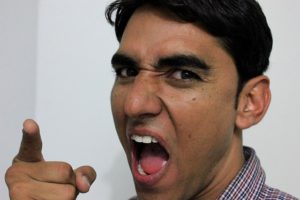 He had been frail and depressed after losing one son and his wife within five months. His surviving son, Ashley Vernon, had power of attorney over his father’s affairs, a court was told. Now the judge has said Ashley Vernon and his wife Beverley have to account for $280,354, plus seven years’ interest, which allowed for money spent for Kenneth Vernon’s benefit.

At the High Court in Wellington, Justice Stephen Kos found that Ashley Vernon knew he was due to inherit only half his father’s estate and set about forestalling that by transferring virtually all of it, while his father was still alive, to himself and his wife. His actions meant that his nephew stood to lose his entire inheritance.

Dante Pauwels-Vernon, 19, who was meant to inherit half his grandfather’s estate, said: “What happened to my Pop is wrong.  What my aunt and uncle did is deplorable and despicable.”

The estate of Kenneth Vernon, a hotel publican who had lived in retirement on the Kapiti Coast, was to have been shared between Ashley, who is in his early 60s, and Pauwels-Vernon.

Pauwels-Vernon’s father was Kenneth Vernon’s other son, Chris, who died of cancer in 2005, aged 51. Pauwels-Vernon was then nine years old and the family was left in dire financial straits.

The court heard that Ashley Vernon had used the money for living expenses for all three in the household, and Ashley Vernon told the judge his father approved and wanted them to enjoy it. The judge said it was clear Kenneth received a high standard of care while living with his son and daughter-in-law.

[Tweet “A nephew has lost an inheritance because the power of attorney spent the funds.”]

The spending included $17,000 to buy a car, travel to Australia and two cruises. But Justice Kos said he did not accept that Kenneth Vernon, “for all his generosity, approved his own conversion to pauperdom when his length of life and future needs were uncertain”. The judge found Ashley Vernon had forged four cheques using his father’s name, to buy the car, an extended warranty for it, transfer $46,500 to himself and his wife, and pay $5000 on their credit card.

The Public Trustee became the estate’s administrator, and sued Ashley and Beverley Vernon for the money to be repaid. The lawyer for the Public Trustee, Hamish McIntosh, said the case was a “novel” one. “The elderly Kenneth Vernon … was not well, not emotionally well either, totally reliant.”

He said Kenneth had trouble with his sight and mobility by the time he reached his late 80s. “It’s utter reliance. You couldn’t get someone more dependent or vulnerable,” McIntosh added.

Siblings To Lose An Inheritance as Stepfather Declares Bankruptcy

Meanwhile, the stepfather of two children who should have received an inheritance from their mother has declared bankruptcy after spending the entire proceeds of the estate.

Gary Bryson Watt was declared bankrupt in High Court on Tuesday, following legal proceedings by his stepson who was fighting for the money he and his sister were entitled to. 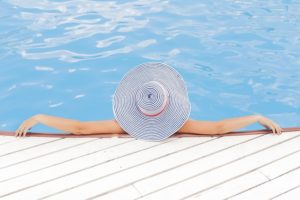 James Roberts-Gooch and his sister Alexandra Gooch were just 16 and 14 respectively, when their mother, Anne Roberts – former private secretary to National MP Maurice Williamson – died of cancer in 2012. Watt, Roberts’ de facto partner, became the administrator of the estate, which included substantial life insurance and savings, but instead of divvying up the estate, he spent up, going on a cruise where he met his new girlfriend, as well as buying a motorbike, jetski and car. The children were entitled to two-thirds, but Watt withheld the money and told them they weren’t welcome back in the family home, which went to him as co-owner.

Four years after their mother’s death, the children still haven’t seen a cent, despite the Family Court ordering last year that Watt pay them almost $300,000. In May, Roberts-Gooch, now 20, applied to have Watt made bankrupt so the Ngaio house that Watt lives in could be sold and he and his sister paid the money owed.

How To Avoid An Inheritance Battle

[Tweet “An unscrupulous executor can quickly lose an inheritance which is difficult to restore.”]

We recommend appointing an objective person to the position of executor/power of attorney, and preferably somebody who is well aware of succession law. The risk of losing an inheritance is minimized as an objective person is not blinded by greed, personal ambition or emotion – and the beneficiaries are protected from unscrupulous actions.

If you’d like advice on how to appoint an executor, drafting a power of attorney or protecting your beneficiaries from the actions of an unscrupulous person, please contact us today. We offer a free, 10-minute phone consultation.