Losing Mental Capacity: Being Prepared For The Worst 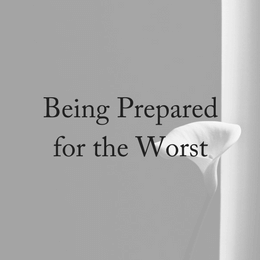 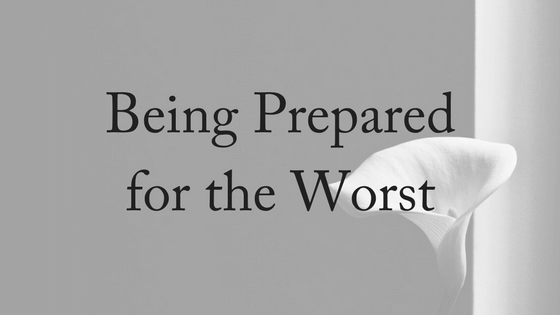 You may prepare for death through a will, but have you prepared for losing mental capacity? Many people are unprepared for the worst to happen—an accident or an unexpected illness that leaves them brain dead, but still alive. That’s what happened to Terri Schiavo, a young woman who became comatose after suffering a heart attack in 1990.

Terri Schiavo’s heart attack meant that she fell into a deep coma, a situation where she lost her mental capacity to make decisions about her own health care. It fell to her loved ones to make those decisions for her, and ultimately, her parents and her husband didn’t agree on what she would have wanted. Schiavo was kept alive by a feeding tube for 15 years.  Her husband believed that she would want the tube to be removed so that she could die rather than stay in that state, but her parents did not agree. A court battle ensued. The court decided in her husband’s favour and the feeding tube was finally removed. Schiavo died two weeks later. This battle would have been avoided if Terri Schiavo had completed a document known as an advance health directive.

Sometimes also known as a living will, an advance health directive (or advance care directive) is a legal document that gives instructions about your future healthcare, usually when you are incapacitated and cannot make decisions yourself.  The document may also nominate a family member or trusted friend to make those decisions when you can’t.  They are not just for ‘old people’ as to when to turn off the life support machine, but may also be useful for younger people who have an accident or are victims of a disease.

Being Prepared for Losing Mental Capacity

La Crosse is a small city on the Mississippi River in Wisconsin. La Crosse is the home of the Gundersen health system, ranked in the top one percent of hospitals nationwide. An astounding 96 percent of all La Crosse residents who died last year had completed advance directives. This is quite different to the nationwide comparison where only a third of all Americans have completed an advance health directive, a statistic that is echoed in Australia.

[Tweet “Only a third of all Americans have completed an advance health directive.”] 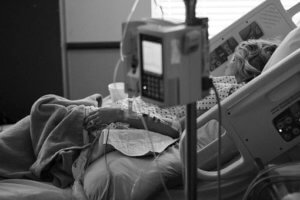 81 year old Leah Brueggeman is a resident of La Crosse. She wants her intentions made clear, in the event she is unable to express her wishes for medical treatment.  They completed their six-page advance directives in 2009 with the help of an attorney.  “We don’t want to be put on feeding tubes indefinitely,” says Leah. “If there’s no chance of recovery—just let us go!”

“And of course, we don’t like to think of death and dying but—it happens,” she says.  Several years ago, Leah’s husband Jim made the decision to stop medical treatment for his ailing mother.  But following her death, Jim had second thoughts.

“I came home and my husband—he was just nearly sobbing.  He was just distraught,” Leah recalls, “He said ‘I killed my mother.’  He said, ‘We stopped her medication.’  I said, ‘That’s what she wanted.'” Unbeknownst to Jim, his mother had filled out an advance directive.  Leah went to his mother’s assisted living facility and found a copy of it.

“We got it out.  Her wishes are right here: no medication blah blah blah,” Leah says. “I took that home and said ‘Honey, take a look at this.  This is what your mother wanted. You’re not killing her.'” This saved them the angst, guilt and conflict that surrounded Terri Schiavo’s loved ones.  An advance health directive showed clearly what Jim’s mother wanted, and removed the burden of a gut-wrenching decision for her loved ones.

Facing Up to Mortality

Lindsey Briggs had to fight to have her husband’s life support withdrawn. Police Constable Paul Briggs, 43, had been in a coma since being knocked off his motorcycle. She hopes his case will encourage people to draw up ‘living wills’. Jakki Cowley, who was Paul Briggs’ advocate says if people discuss how they want to be treated in these situations and draw up what’s known as ‘advanced decisions’ it would help other families.

Many of us do not like to face our mortality. We put off end-of-life planning because we don’t think we’re there yet. But the reality is we don’t know when we may be incapacitated in some way.

In your advance health directive, you can give specific instructions about certain medical treatments, such as whether you want to receive life-sustaining measures—such as tube feeding or resuscitation—to prolong your life. Once you have completed this document, make sure that it is easily available and accessible to your current health care professionals and ensure that you discuss your wishes with your family.

Losing mental capacity is a scary thought, but it happens to thousands of Australians every year.

At Estate Battles we understand how serious end-of-life matters can be and how unexpected. That’s why it’s best to complete your estate planning – including an advance health directive – sooner rather than later. Our experienced estate lawyers offer a free, 10-minute phone consultation. Please contact us today!