Mental Capacity & Writing a Will 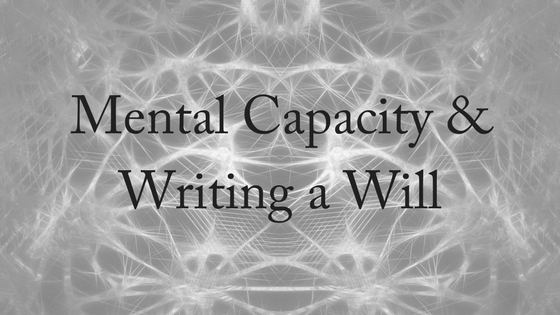 Australia faces an ageing population: between now and 2040 every State and Territory is expected to experience a significant ageing of its population, and some will experience a declining of mental capacity. The projections are that over the next 40 years, the proportion of the population over 65 years will almost double to around 25 per cent. The ageing of the population is in part caused by the fact that we are living longer. One of the issues with living longer is maintaining a good standard of health and quality of life throughout the years, including continuing mental capacity to manage your own affairs.

One of the most common illnesses of old age is dementia.

One of the problems of declining cognitive function is the ability of older people to continue to make financial decisions for themselves. It is during these periods of declining mental capacity that the risk of financial abuse increases. Some of the more common ways in which older people are at risk include:

In South Australia, the family of former Lord Mayor of Adelaide and wealthy property developer John Roche became locked in a bitter battle over his estate over allegations that he was not of sound mind when he signed his will.

Shauna Roche claims her father, John Roche, “lacked testamentary capacity and was not of sound mind’’ when he executed a 2006 will that cut her out of his legacy.

Mr Roche, a former lord mayor and multi-millionaire property developer, died in April 2010, leaving his fortune to his other daughters, Fiona Roche and Deborah Hamilton. His company is thought to be worth around $250 million.  Brendon Roberts, SC, said Mr Roche changed his will after Shauna had threatened legal action to secure her 25 per cent entitlement from a $30 million family trust. He said Mr Roche “had a complete grasp of his assets and the claims on them, and a reasonable and rational response to those claims” when he drafted the will at his lawyers office.

Meanwhile, in the United Kingdom, four charities are accusing a 95-year-old woman of tricking her friend into leaving her a £1.6 million inheritance.  Hazel Turner, who has Alzheimer’s and cannot attend court, is alleged to have been involved in the “extraordinary” witnessing of the 1999 will of Dorothy Whelen.

Before she died in 2012, Mrs Whelen was said to have pledged to leave her home, Tiltyard Cottage, near Hampton Court Palace, to Mrs Turner. 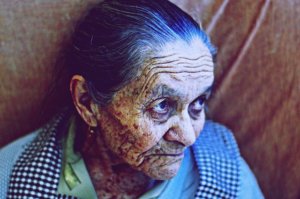 But Marie Curie Cancer Care, the Royal Institute of Cancer Care, and the Royal National Institutes of Blind and Deaf People have claimed Mrs Whelen prepared a will in 1982 which left her fortune to them. They are fighting Mrs Turner’s son, Alan, who insists the 1999 will – which left the majority of her £2million fortune to Hazel – is legitimate.

In a written statement, Mrs Turner says she was accompanied by her friend into the school where she worked to find colleagues to attest Mrs Whelen’s signature to the 1999 will. But the two people who are said to have signed the document claim to have no memory of seeing Mrs Whelen, or of witnessing her will. The fraud allegation against Mrs Turner therefore focused on claims that she misled the witnesses into believing they were witnessing her own will.

The barrister acting for the charities claimed the 1999 will was never validly executed and that Mrs Whelen, who was already probably infirm, would not have understood or approved its contents. It was “prepared without professional involvement” and there were “grounds for suspicion”, said Mr Wilson, adding: “The involvement of Hazel Turner raises suspicions to an even higher level.”

The judge will give his ruling at a later date.

If there are any questions about a person’s mental capacity to make a will, or if they are vulnerable to being pressured into making a will they would otherwise not make, it is imperative that a specialist in Succession Law is consulted. A specialist is highly trained in dealing with any cognitive decline and will make detailed notes pertaining to the case, which may be necessary in a later court battle.

Contact us today for your FREE, 10-minute phone consultation. Please feel free to contact us for whatever assistance you need.