A Mother’s Grief: A Son Without a Will

Dying and wills go hand in hand, but what if you die without a will? You are said to die intestate. We’re often afraid of talking about death.  Because we’re afraid of talking about death, we often avoid talking about wills as well.  We can even be flippant about our emergency contacts because being serious means that there is a possibility that they’ll be called upon.  When we don’t have these conversations, we don’t have our paperwork completed in a serious fashion and we die intestate, then it’s our families who will suffer the consequences.

According to Safe Work Australia statistics, in 2012 there were 223 deaths from injuries at work.  On the 21st of July 2012, Ben Catanzariti became one of those statistics.  Ben was a concreter who was struck by a 39m long boom while working in Canberra.  He was only 21 years old.

It would not have been a call that his mother was expecting.  Just the night before, Ben and his mother, Kay, had been talking about the rugby league game on TV. He has been gone now for four years and it has not been an easy four years.  Even aside from the extraordinary grief that comes from losing a child, the family has been dealing with the anguish of Ben not having a will, of dying intestate.  Why has this been so significant for Ben’s family?  He was only 21 and a construction worker.  Surely he didn’t have much to leave in a will? 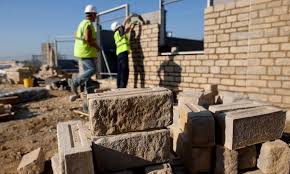 While the family were grieving for Ben, they received a phone call that was like a “hand grenade” had been dropped on the family. The construction union phoned to let them know that because Ben died intestate, his immediate family were not entitled to his $200,000 workers’ compensation claim.  But somebody else was.

Kahlia Boyd, 18, whom Ben had been in a relationship with for 8 months, lodged the claim and ended up being awarded a payout of more than $200,000.  Although there seems to be some conflicting views on just how close Kahlia and Ben were, the ACT Magistrates Court was satisfied with the evidence presented by Kahlia to show that they were domestic partners and she was financially dependent on him. She had also been listed on Ben’s employment contract as his emergency contact and he said she was his wife.

Mrs Catanzariti was not able to lodge an application for his workers’ compensation as she was not financially dependent on her son like Ms Boyd was, but she also denied that Ms Boyd was living with her son. She says that she is not upset about the money, but that Ms Boyd has made a claim to money that Mrs Catanzariti believes she is not entitled to. She says that because her son didn’t make a will, her family did not get a say in his worker’s compensation.  She is now on a mission to encourage young people to be aware of the power of listing somebody as an emergency contact on job forms.  Mrs Catanzariti says, “Think about who you put down as your emergency contact and make a will and don’t be afraid to talk about death with your family. . . I put the challenge out to all employers to ask all their employees if they have a will and put it on your applications to start that conversation.”

She has also launched a website called Will It Your Way to persuade young people to write a will so that their wishes are clearly stated.  Some of the disadvantages listed on the website for dying intestate include: 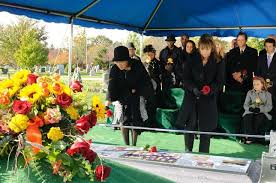 When Warren Hillman died in 2008 at the age of 66, his assets included a life insurance policy worth $124,558. For the past five years his ex-wife and his widow have been fighting over that money. The U.S. Supreme Court found that Judy Maretta, who Hillman divorced 10 years before he died, was entitled to every penny of it. All this because Hillman made a basic and unfortunately all too common estate-planning mistake: when he divorced Maretta he did not change the beneficiary designation for a life insurance policy. The same can be true of life insurance policies held within superannuation. Super isn’t dealt with under a will, and unless you have a binding death nomination, the trustees of the super fund have the discretion to decide where the proceeds will be paid.

[Tweet “It is always better for you to have a will.”]

Although wills can be extremely complicated, even the very simple ones are much better for your family.  It is always better for you to have a will.

Sometimes the law will not recognise a de facto relationship (for example) unless certain requirements appear to have been met to show that.  It is much safer to name your beneficiaries clearly in your will.

If you don’t yet have a valid will or you would like to ensure that yours is up-to-date, then please contact us today.  Protect your loved ones from heartache and ensure that their grief over your eventual death is not compounded by you dying intestate.  We offer a free, 10-minute phone conversation with one of our professional and experienced estate lawyers.