Murder to Inherit: Why Murderers Are Barred From Inheritance 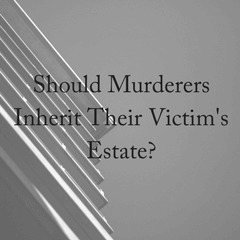 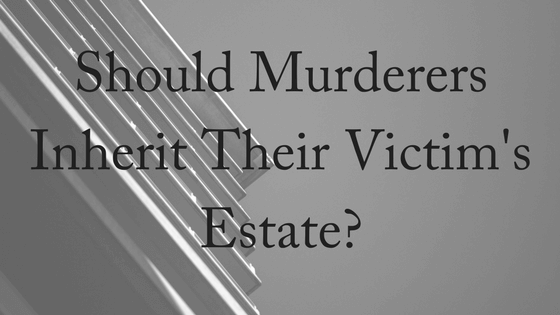 It’s a common scenario in fiction: a wealthy benefactor is murdered by those who will inherit the estate. Unfortunately, this scenario plays out in reality, too. Should the murderer receive the inheritance? Most jurisdictions don’t allow this to happen.

A Las Vegas psychologist who poisoned his wife by giving her anti-freeze to inherit her $2 million estate has had his bail set at $250,000.

Gregory Dennis, 54, was arrested on charges of killing his wife, Susan Winters, in an alleged suicide-murder plot where the psychologist would gain a hefty inheritance.

Dennis, who runs a mental health clinic in Boulder City, Nevada, posted his bail quarter of a million dollars after his first court appearance in Henderson on Monday morning.

Authorities said they conducted an investigation which showed that Dennis did research on the computer about the effects of consuming anti-freeze hours before Winters’ death. They also noted that Dennis stood to benefit financially from his wife’s death.
He was die to inherit about $2 million following her death – $1 million from a life insurance policy and $650,000 from her share of the family’s restaurant franchise business in Oklahoma. 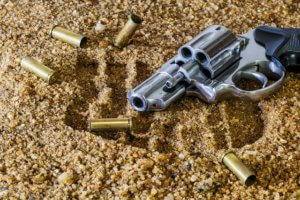 A 20-year-old man accused of coldly murdering his parents and teen sister to get his inheritance, showed emotion in court on Tuesday as he attended a pre-trial hearing.

Alan Hruby was arrested last October after his father John, 50; mother Joy ‘Tinker’, 48; and sister Katherine, 17; were found shot to death in their home in Duncan, Oklahoma.

Hruby has been charged with three counts of first-degree murder, which carry a possible death sentence. He is currently in prison already, serving a three year sentence for taking out a credit card in his grandmother’s name.

Prosecutors say Hruby was motivated to take out his family in order to pay off a $3,000 loan. Hruby had allegedly described himself as a ‘shopaholic’ before, and his spending was so out of control that he even took out a credit card in his grandmother’s name and charged thousands to it. After that stunt, Hruby’s parents threatened to cut off his finances.

A middle-aged who was sentenced to 18 years to life behind bars for murdering his uncle was actually the puppet of a greedy family “cabal,” a Long Island lawsuit charges.

The children of victim John S. Frankowski, Sr. claim in the civil suit that their cousin, convicted killer Jonathan Roman, 44, was acting at the direction of his mother Sandra Roman and aunt Annmarie Porter.

The sisters wanted their brother Frankowski dead to inherit another $100,000 apiece on top of the $200,000 each they were already getting from their late mother’s estate, according to the documents.

Frankowski Sr. had been named executor of their mother’s will after her death in 2013 — and his money-grubbing siblings were furious that he was taking his time probating it, his kids say.

“To them, this money is everything,” Frankowski’s daughter, Kim Delaney, told the Post on Sunday, referring to her cousin and aunts. “To them, it was a fortune, and they wanted that money as soon as possible.” 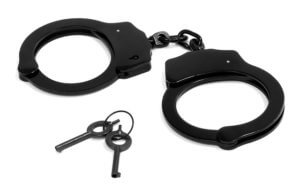 In most jurisdictions in the United States, the Slayer Statute says that a murderer cannot retain a property interest in his/her victim’s estate. It is a common law of inheritance where a murderer is prohibited from inheriting the property of whom s/he has murdered. The slayer rule allows courts to presume the murderer disclaims his/her property interest, and therefore behave as though the murderer predeceased the victim. This has the effect of disqualifying the murderer from receiving property from the estate of the victim. The rule applies only if killing was felonious and intentional.

In Australia, this is known as the Forfeiture Rule. It is a long standing rule of the common law that “a man shall not slay his benefactor and thereby take his bounty”. This is known as the Forfeiture Rule. The effect of the rule is that where a person is criminally responsible for a death of another and they stand to benefit from the victim’s will or through the laws of intestacy, they are prevented from receiving any benefit from the victim’s estate.

Loophole in the Slayer Statute

In the United States, a loophole in the Slayer Statute has been found. A man who confessed to killing his mother-in-law during an attempt to steal some of her jewelry (apparently to support his heroin habit) is going to inherit about $250,000. The victim’s will left all of her assets to her only daughter (the killer’s wife). The daughter’s will, in turn, left all of her assets to her husband. The daughter inherited all of her mother’s assets when her mother died. She died about a year later, while her husband was in jail, meaning that he is, at least on paper, entitled to his victim’s fortune. After serving up to 25 years in prison, as part of a plea deal, the killer will be released, and presumably have access to that money. When released, the killer will be in his 40s meaning he’ll have time to enjoy the money.

This seems to be an unfortunate loophole in so-called “slayer statutes” (laws that bar killers from inheriting anything from their victims), and it’s not clear what type of modifications could be made to the law to avoid these results. After all, assuming the daughter had nothing to do with her mother’s death, should she be barred from inheriting her mother’s fortune, based on the possibility that the money might find its way to her killer?

Legal minds at least have some time while the man is in jail to close the loophole, so that the murderer can’t inherit from his victim.

It’s important to know that in Queensland, the Forfeiture Rule is applied strictly.

The guilt of an offender is determined ‘on the balance of probabilities’ and not on the higher criminal standard of proof of ‘beyond reasonable doubt’. This means that the rule can still apply where an offender has been acquitted or never even tried in criminal proceedings.

A Queensland Supreme Court decision concerning the assisted suicide of a Will-maker, confirms that the strict operation of the Forfeiture Rule will apply in Queensland regardless of the motivation of the offender, for example to ease the ongoing and all-consuming suffering of a loved one.

Bryan Mitchell is an Accredited Specialist in Succession Law (wills and estates), so you know you’re getting the best possible advice. For your FREE, 10-minute phone consultation, contact us today.