One mistake you should never make with your will 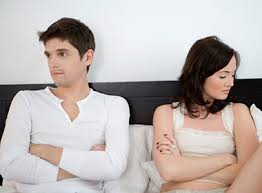 What is one of the greatest mistakes you can make when it comes to making a will?

The High Court in the United Kingdom has just overturned the conviction of a woman accused of forging the will of her late partner. Gillian Clemo insisted she was innocent of using fake documents to claim the bulk of Christopher John’s £3 million fortune.

John’s estranged wife, Helen John, claimed that Clemo falsified the will the ensure that she was left out of the will, and that the couple’s daughter would not be adequately provided for under the new will.

Christopher and Helen John split in the late 1990’s and thought that their relationship had been formally ended in 2001. By then, Clemo had moved in with Christopher and became his de facto partner until his death in 2008. However, upon his death, it was discovered that the John’s divorce hadn’t been legally registered.

As a result, John was ruled to have died intestate (without a will) and the estate was due to be split between his estranged wife and daughter. However, within days, a new will was discovered which gave much of the estate to Clemo.

Clemo has since had her conviction for forging the new will quashed, and the moral of this story is clear.

If a marriage ends, it must be formally recognised with a divorce decree.

Tweet: Make sure your divorce is formally recognized with a decree so that your ex doesn’t inherit your assets when you die.

Update your will when ever your circumstances change.

This situation will almost always erupt into a court battle between the new partner and the estranged wife, particularly if the wife is concerned about their children. Often it is up to the court to decide how to divide the estate, which may be very different to the wishes of the deceased.  It is vitally important to formally end one relationship, and to ensure new wills are drawn up at this point.

If you wish to draw a new will, or inquire about possible estate litigation, contact Accredited Specialist Bryan Mitchell today for a free, 10-minute phone consultation.