How a Power of Attorney Can Be Abused 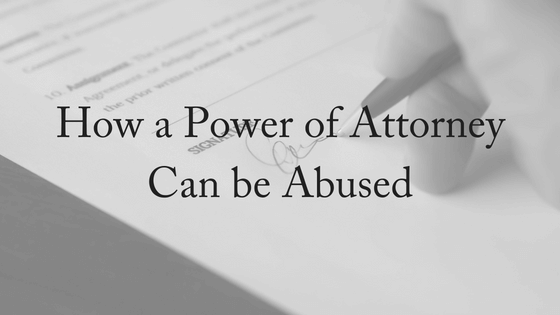 A high-profile case has recently highlighted the abuse of a power of attorney and the guardianship of older people who are suffering from cognitive decline. Sci-fi icon Nichelle Nichols, from the original Star Trek, is undergoing a legal battle regarding her guardianship and estate. The 85 year old actress was recently diagnosed with “moderate progressive dementia”, according to her her geriatrician. The doctor described Nichols’ condition as “major impairment of her short-term memory and moderate impairment of understanding abstract concepts, sense of time, place and immediate recall.”

Since the diagnosis, Nichols’ friends and family have been squabbling over her estate and conservatorship. At the center of the legal battle is Nichols’ son Kyle Johnson, who brought in the doctor who made the diagnosis. Johnson is trying to get control of the estate from other people who claims have “unduly exerted themselves into Ms. Nichols’ life to her detriment.” Since her diagnosis, four guardians have taken over Nichols’ financial and health-related decisions.

Meanwhile, Angelique Fawcette, an alleged close friend of Nichols, claims that Johnson is merely after the star’s money and that Nichols wanted him removed from her will. Fawcett also claims that the doctor’s diagnosis was inaccurate and that Nichols is able to function and make decisions on her own.

Power of Attorney in Australia

In 2016, the Supreme Court of New South Wales reiterated the limits on an attorney’s ability to use such a document for their own benefit. power to benefit.

In late 2000, Mrs Cohen granted to her son, Mr Cohen an Enduring Power of Attorney (POA). This document provides the power to manage the principal’s legal and financial affairs when the principal loses capacity to do so themselves

The POA granted to Mr Cohen contained the usual power to do anything that Mrs Cohen may lawfully authorise an attorney to do. However, the POA also permitted the attorney to “execute any assurance or other document, or do any other act, whereby a benefit is conferred on him“. As a result, the POA gave Mr Cohen wide powers to do any act on behalf of his mother which would be of benefit to him. There was no evidence to suggest that Mrs Cohen did not have capacity when the POA was executed and, because the POA was an enduring power of attorney, it would continue in effect if she subsequently lost capacity.

In late 2001, Mrs Cohen purchased a property at Lane Cove in her sole name. The Lane Cove property was her main asset and she lived there until about mid 2012 when she moved into a nursing home. Mrs Cohen received a government pension and did not have any other assets. 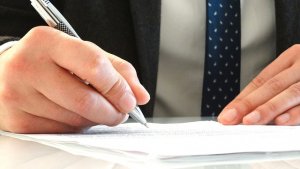 A year after Mrs Cohen had moved into the nursing home, Mr Cohen, using the POA, transferred the Lane Cove property to himself for $1.00, leaving Mrs Cohen without any assets. A couple of months later, Mr Cohen resigned as attorney for his mother, leaving her without anyone to manage her legal and financial affairs.

The judge agreed that Mr Cohen’s act of transferring the property to himself was an abuse of the power given to him under the POA and ordered him to transfer the property back to his mother.

In the course of his judgment, the judge reiterated that the relationship between a principal and the attorney is a fiduciary one and as a result:

Those most at risk for having a power of attorney abused are the elderly, particularly those suffering ill-health and cognitive decline. If you need assistance in establishing a power of attorney, or if you fear that one is being abused, please contact us today. Acting quickly may mean that assets can be saved.