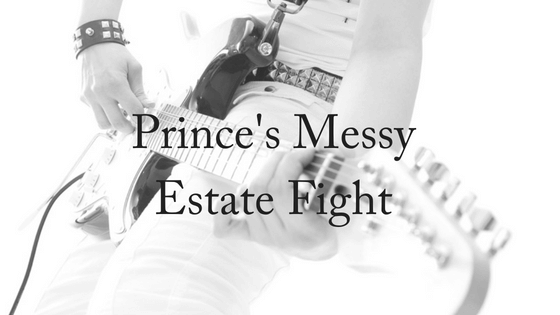 Two years since the death of music star Prince, the estate fight continues between the executor and the beneficiaries. The executor of the estate, Comerica Bank and Trust, can’t split the money among Prince’s six surviving siblings until the Internal Revenue Service and executor agree on the estate’s value when Prince died.

It’s not clear when that might happen. The IRS and state of Minnesota are entitled to collect about half, though the estate can stretch out the payments over time.

The Washington Post reports that court filings several months after Prince’s death suggested that it was worth around $200 million before taxes. The actual value remains one of the biggest secrets in the case, hidden in sealed and redacted documents. The actual valuation could have gone up or down since then.

That’s because the various attorneys, accountants and industry experts at that point had not yet finished appraisals and deals for the use of his music, videos and assets including his Paisley Park studio.

The six heirs have been bitterly split in the estate fight. Sharon Nelson, Norrine Nelson and John R. Nelson form one faction that has battled Comerica and other heirs on several fronts, including Comerica’s decision to move the contents of Prince’s vault of recordings from Paisley Park to Los Angeles.

Complications of the estate fight include the discovery of a staggering amount of unreleased music and videos in a basement vault at his flamboyant Paisley Park home. Estate officials must also determine how and when the albums should be circulated or released at all.

But the six showed rare unity last week when Tyka Nelson, Omarr Baker and Alfred Jackson joined the other three in strenuously objecting to an unspecified “entertainment transaction” in the works that they say would be “an embarrassment to Prince’s legacy.” The volume of heavily redacted and sealed court filings and counter-filings suggests it’s big, but the public portions don’t say whether it’s a new music rights deal to replace a failed agreement with Universal Music Group or something else. 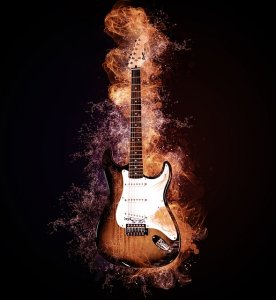 Most of the siblings have kept low public profiles. Sharon Nelson has been the most outspoken. She recently released an album of music composed by her father and Prince’s father, the late jazz musician John L. Nelson. She also tweeted fresh criticism of Comerica last week, asking why Prince fans haven’t been offered any new music.

While not having a will is certainly an issue (some 45% of Australians die without a will), The GroundSwell Project says 75 per cent of Australians have not had end of life discussions. This means that many families really have not much idea at all as to what their loved one may have wanted in regards to things like a funeral and how the estate is to be divided up.

It’s not always the case when there is no will for there to be unconstrained strife.  Bill Spencer was 26 when he suffered a fatal brain injury in a skateboard accident on the NSW south coast. He and his partner, Leigh Nelson, had not planned for death because they were young and didn’t think that death would visit so soon.  Mr Spencer did not have a will and so according to intestacy rules, the majority of his estate went to his parents.

Leigh said, “Fortunately for me I’m very close to my partner’s family,” who agreed for the estate to be given to Leigh, allowing her to remain in the home she and Bill had bought. Leigh now warns her friends of the dangers of not having a will. “I have raised it with a number of my friends, you’ve got to plan for the worst and hope for the best, if everything isn’t sorted right you can end up in heartbreak,” she said.

Estate planning should not be put off.  The most basic element of this is writing a will, and you should always seek legal advice when creating an estate plan.  It’s not just about what you own. While a will allows assets to go to beneficiaries you name, it also addresses naming a guardian if you have minor children, which is extremely important. Estate planning also helps protect against families fighting, or someone potentially contesting the will of the deceased. Where clients don’t have proper planning, families have been torn apart. It’s important to remember not just to get a will now, but to update it as your circumstances change. You may have more children or grandchildren when you die, or you may not own then what you own now. There may have been a death or divorce in the family. You should consider what changes like this will have upon your estate planning.

If you need assistance with estate planning, contact us today. We offer a free, 10-minute phone consultation.