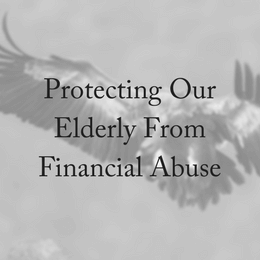 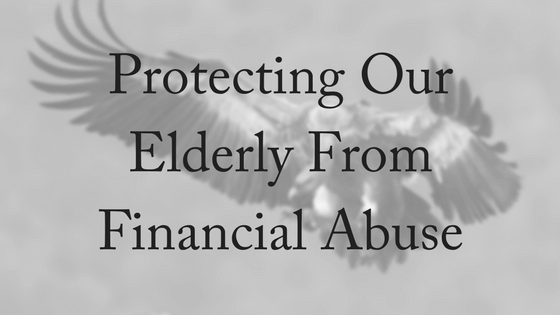 Elder abuse is any form of mistreatment that results in loss or harm to an older person. Financial abuse is the improper or illegal use of an older person’s funds, property or resources. It’s important to protect seniors against exploitation and abuse but sometimes it can feel like an uphill battle. Because our population is ageing, we’re seeing increasing elder financial abuse. 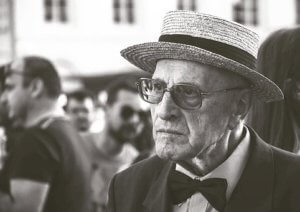 In basic terms elder financial abuse occurs in Australia where family members or trusted friends, or strangers, cheat an older person out of their assets, that is their home or their savings or any valuable items they may possess.

They may so this by forgery, lies, misrepresentation or manipulation.

They may do it by asking for a loan, or a loan guarantee, which they never repay.

In other cases the frail older person is persuaded to transfer their home to a son or daughter, on the understanding that a granny flat and care will be provided.

When the handover happens and the elderly parent is left destitute, little can be done as typically there was no proper legal agreement in place.

Typically, the older person did not seek independent legal or financial advice.

The World Health Organisation estimates that, globally, around 1 in 10 older people experience elder abuse each month.[4]

Their figures also show that elder financial abuse occurs at a rate of between 1% and 9%.[5]

We can’t be sure how these figures extrapolate to Australia, but from a variety of sources, we know it happens and happens a lot, in all kinds of families and across all cultural groups including indigenous Australians.

The former commissioner was addressing people in the frontline of the finance industry, those who are often in a position to recognise if an elderly client’s funds are being potentially misused. According to Senior Rights Victoria, financial abuse was the biggest issue raised in calls to their helpline for the 2013-14 financial year – some 29% of all calls. True data on increasing elder financial abuse is always sketchy because it remains such an under-reported issue. Elderly people can be embarrassed by the scams that they fall victim to, they can be manipulated by family or they simply don’t recognise the abuse because they have dementia or are incapacitated in other ways.

Kathleen Quinn, former Executive Director of the National Adult Protective Services Association, said that the United States is experiencing increasing elder financial abuse, and that it is  “rampant, largely invisible, expensive and lethal”. The 2010 Investor Protection Trust Elder Fraud Survey said one in five Americans over 65 has been victimized by a financial fraud and a 2011 MetLife Mature Market Institute study determined that financial exploitation costs seniors at least $2.9 billion annually.  Kai Stinchcombe,  the CEO from True Link Financial, a company that sells products and services to protect older Americans from financial abuse and exploitation said: “Each type of fraud has a different age spectrum. Investment scams peak around 65. Work from home scams, dating scams, weight loss, and most Internet scams peak a little earlier. Theft by family members peaks much later.”

Why are the Elderly Targeted?

Cognitive decline happens for many of us in our later years despite all of the advances in medicine and medical care.  Diminished cognitive and physical capacity makes the elderly more 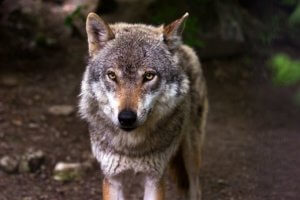 vulnerable to those who prey on easy targets. Those who live alone are more at risk because they may not have anyone to check on their financial management and they are often lonely. Their loneliness makes them more vulnerable to romance scams and manipulation by ‘friends’. Yet those the rates of increasing elder financial abuse continue to be largely perpetrated by family members.

At 86, Mariana Cooper, a widow in Seattle, had written over three years at least a dozen cheques totaling more than $217,000 to someone she considered a friend and confidante – leaving her with strained finances. The money was never paid back or used to help Mariana. Eventually, her granddaughter, Amy Lecoq, became aware of the situation. Amy involved the police and Janet Bauml, was convicted on nine counts of felony theft. Later, testing by a geriatric mental health specialist found that Ms. Cooper had moderate dementia, which showed her judgment had been impaired.

[Tweet “The biggest risk factor for financial abuse is cognitive impairment in the older person.”]

Ms. Cooper’s granddaughter expressed determination to educate others on the warning signs of financial abuse. “I wish we had known some of the red flags,” she said.“Our family saw her regularly,” Ms. Lecoq said, “but we just didn’t see indications of what was going on.” In retrospect, she might have been more suspicious with “my grandmother suddenly having a new friend and a friend who got so close so fast.”

Any of the following could be an indication that something is amiss with the finances of an elderly parent or friend:

When Glynnis Walker Anderson got a call from her elderly mother’s neighbor who said she had taken her mom’s keys and wallet “for safekeeping,” alarm bells went off in her head. Anderson, a writer based outside Chicago, worried that the neighbor was planning to use her mother’s credit cards, so she cancelled them all and had them reissued. If something seems unusual or suspect then treat it that way. Once money has gone it is often very hard or very expensive to get it back.

[Tweet “Sudden or unexplained spending habits can be a red flag for elder financial abuse.”]

At Estate Battles we can help you if you suspect that you or a loved one has been a victim of elder financial abuse. This is an issue which needs to be addressed a soon as possible. Please don’t delay and contact us now.  Our estate lawyers offer a free, 10-minute phone consultation.