Providing For Your Pets In Your Will 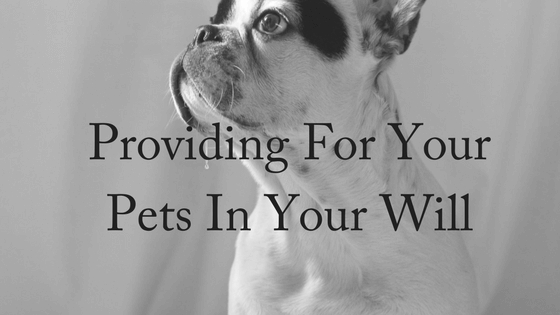 Have you considered providing for your pets in your will?

In 2015, The Simpsons co-creator Sam Simon died at the age of 59. As well as being famous for helping to create The Simpsons, he had been a well-known animal rights activist and philanthropist. He bequeathed his beloved animal-shelter rescue Cane Corso dog, named Columbo, to Hollywood animal trainer and close friend Tyson Kilmer. 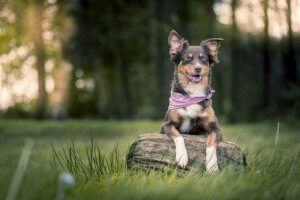 However, Tyson Kilmer alleges that Sam Simon’s estate is refusing to pay for the upkeep of the dog, despite a verbal agreement between Kilmer and Simon before his death. How much can the upkeep of a dog possibly be?

Providing for your pets in your will not only includes nominating who will take care of them if they outlive you, but you may also need to consider the expense of keeping them.

Apparently, Columbo costs $140,000 per year in a medical and therapeutic care regimen. The costs include Tyson’s own aggression training at $7,500 per month, twice-a-week acupuncture at $3,640 per month, grooming at $150 every three weeks, supplements at $185 every three months and gluten-free, regionally sourced food at $180 per month. This amount came to roughly $138,000 per year. It didn’t include Kilmer’s request for $25,000 to build out a “super-basic” backyard enclosure like the one Simon had constructed at his place for Columbo.

The Cane Corso is a descendant of a legendary Roman war dog, a mastiff breed that some people consider a pit bull on steroids. Though Tyson says Columbo is “sweet 99 percent of the time”, he is fundamentally “a very dangerous animal” — an animal with an early-life history of physical and emotional neglect at a suspected drug dealer’s property. His record includes biting incidents and attempted maulings, the kind for which “you can’t have one mistake, because it will change your life in an instant.” Kilmer claims that without ongoing therapy and training, the dog will once again become aggressive and dangerous.

Including pets in your will: Is this just a scam?

The estate of Sam Simon denies the allegations, saying that Kilmer is nothing but a ‘shake-down artist’, alleging that he requested $1.7 million and then demanded a lump-sum payment and threatened to “go to the press” if that was rejected. But Kilmer is not the only animal welfare worker who is feeling wronged by the estate.  Several prominent nonprofits, including People for the Ethical Treatment of Animals, which had grown to rely on the producer’s largesse while he was alive, say they have gone unexpectedly without his support since his passing, despite his verbal assurances to them that his estate would provide for them. These groups now are coping with the discrepancy between how he had expressed his wishes for continued patronage of their causes while he was alive and how the trust has communicated and demonstrated its support.

“In my opinion, there is something quite irregular with this development,” says Capt. Paul Watson, the head of another organization, the Washington State-based Sea Shepherd Conservation Society, for which Simon provided the funding for a 184-foot anti-poaching ship it christened the Sam Simon. “A failure to follow through with Sam’s promises and stated commitments will only serve to tarnish the unblemished reputation of this remarkable man who is no longer in a position to defend those promises.”

The executor of the estate refutes the allegations, saying that Simon “carefully planned every detail of his trust and worked with an independent philanthropic adviser to maximize the impact his estate had on charitable causes that Sam cared about” and that the estate “allocated reasonable resources for Columbo’s care within the limitations allowed by the trust and the law. However, these generous contributions were met with endless frivolous complaints by the trainer that these funds were insufficient.”

But Simon’s close friends say they are disturbed that the executor of the estate doesn’t seem to be acting in accordance with the wishes Simon had had while alive. “The notion that the organizations that Sam dedicated so much of his life and fortune to should in any way be cut off is sickening,” says Mark Thompson, a close friend and radio talk show host. “Sam had clearly intended that they continue to be fully funded to do critical work. The whole thing is bizarre. If this is all true, then Sam’s estate is being administered by people who have no consideration for who he was and what he wanted his continuing legacy to be.” 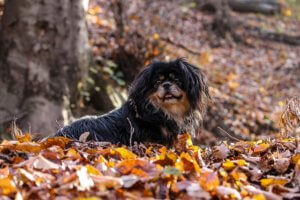 Tyson Kilmer has since started a crowdfunding campaign, seeking $500,000 to cover the dog’s lifetime worth of expenses. While the estate continues to be administered, which may take some time, whether Kilmer and other animal welfare groups will get their promised money is yet to be seen. The best way to make sure your wishes are carried out beyond your death is to carefully document them all and never rely on verbal agreements.

How to Provide For Your Pets in your Will

While you may laugh at the thought of providing $140,000 per year to look after a dog, it does pay to think about what would happen to your pets if they outlive you. Some of the options to consider in order to provide for your pets in your will include:

If you have any questions relating to a will or an estate, contact us today for your FREE, 10-minute phone consultation.